The Reason We Become Angry Is Because Of Our Previous Beliefs 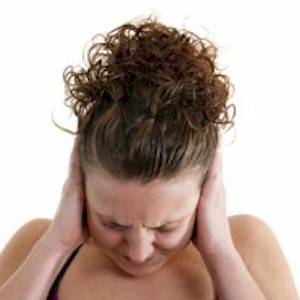 You can’t teach an old dog new… well, you know the rest. It’s the old mutt syndrome who refuses and isn’t willing to learn anything new, even if his life depended on it.

Some individuals will remain stubborn, set in their habitual ways and beliefs, thinking that they’re always right, not allowing anyone to infiltrate their belief system which proves they may be wrong.

We’ve all had someone who suddenly verbally attacks us for no apparent reason at all, and can’t figure out why.

At times, any sudden outburst, anger, or a violent verbal reaction from someone occurs because of a perceived threat or a potential conflict, something that’s contrary to their firmly established inner belief system.

Fundamentally, the reason why their reaction was triggered was because of a fear of their survival, they trying to prove that the old dog still has bite.

An Attack On Our Beliefs
Once our inner beliefs become challenged, what we’ll do is go into self protection mode, this to preserve our delicate persona.

It can even shut or slow down our actual ability to think as well as respond properly. At times, we’re not even aware what these inner beliefs are, or that they even exist.

The majority of these beliefs were developed and engrained from our childhood when we were forced to cope or learn survival techniques, while also emulating how others around us did things.

This is the reason why when there’s two or more people placed in the same identical situation, they’ll always react differently, both will usually have two different outcomes.

When in a classroom setting, you’ll get 30 different answers if you pose the same personal belief question. It’s not always the situation that’s good or bad, right or wrong, it’s just the actual viewpoint of the person who’s experiencing it.

Our Rock Solid Belief Systems
When we begin to look at these beliefs as we grow older, we’ll find that the majority of them may no longer even serve us. One destructive belief which many people hold on to is that they need to be perfect, that they can’t be wrong, ever.

To them, it becomes a hit on their ego, to others a sin to be somehow wrong, or perceived to be wrong. So once someone has a difference of opinion from them, which is just that persons own point of view, it becomes a matter of right or wrong, instead of being different.

It’s been known that some will even begin to physically shake and turn red in the face when someone dares to give a different perspective, a different opinion, on issues which they feel is right.

This can become a destructive force in business. What it does is it has the potential to stop production, while having the ability to destroy teamwork and unity.

It can cause others to become nervous about stating their own opinion, or say or do something out of turn. This especially if the reaction comes from a superior or the owner of the company.

So How Can You Get Even
You getting mad, shouting back, trying to get even will rarely resolve the situation, as it will just most likely escalate it. Attempting to insult them some how won’t work either.

The reason being that they most likely don’t realize themselves what the reason for their reaction is. As far as they’re concerned, it’s something that you yourself did or said.

Rather, it’s more important to remain as calm as possible, which should lead towards what the exact reason for the anger is. The initial reason usually being what you said or did.

So repeat the question back to yourself again and then ask yourself what the real reason was that got you mad, the reason why you think you reacted the way that you did.

At times, under certain circumstances, the best solution may be to get as far away from that person as possible. You can reason that you’d like to talk with them once cooler heads prevail, this because once someone gets angry, they’ll stop listening to you anyways.

Having An Open Mind
The majority of people don’t even know that they’re reacting to something completely different, and once they’re given a chance, they’ll most likely realize that it had little to do with the person who they were angry with.

It also helps to have someone else, a third party to suggest that the individual look at the real issue. Most experts have stated that, people are rarely angry for the reason that they think.

So once they step back and look at the situation and then communicate with themselves and others regarding it, they should then be able to make inroads in never being controlled by this destructive belief.

Being Aware Of What You Say
Begin by taking down notes when you’re reacting instead of responding, and then you can ask yourself, “Why do I feel so strongly about this situation?”

Once you take the time and begin making insights into your own behavior, you can then release the control which these destructive beliefs and anger that holds over you. Then we can all become happier while being more productive.

Caution Beware Of The Social Media Traps That You Can Avoid

How To Lose Weight Faster While Improving Your Body Image