The Various Distinct Tastes Of The Regional Cuisines Of China 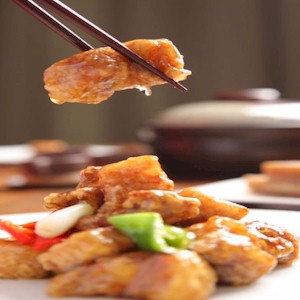 The food of China is truly a gift to the world and is easily one of the most favorites when satisfying ones taste. Regardless of where you may be when going out, someone will always suggest a delicious Chinese dinner.

“Hey, how about Chinese” is heard quite often. For decades, the reference of Chinese food however usually just meant one style of cooking, and that was Cantonese cuisine. This the adopted style and flavor of Chinese food which the majority of the world has fallen in love with.

The tasty appetizers and delicately succulent roasted meats blended with delicious sauces which perfectly marinades the vegetables and spices into a perfect marriage of flavor. But realize that Chinese food is far more than just the recognizable Cantonese cuisine, as there are other distinct tastes based on the region.

Know that there are four major styles and flavors of Chinese cooking which are predominant across China, this along with several other subdivisions which are divided even further.

Cantonese Cuisine
Cantonese cuisine is the most popular and well recognized in the Western world, and the most common of the Chinese regional cuisine styles. What the Cantonese chefs specializes in are the delicate sauces, and the tenderized roasted meats which are usually steamed and/or stir-fried with vegetables, which are always carefully chosen for appearance, taste and appeal, this to the eye as well as the palate.

White steamed or fried rice is a natural staple of Cantonese cuisine, and is the core base for most of the meals. Every one of the vegetables are usually sliced to perfection for best displaying its color and unique shapes, especially when in a quick stir-fry or a sauce.

One of the more enduring along with a widely enjoyed tradition when it comes to Cantonese cooking is the popular “dim sum,” which translated means little hearts.

In the majority of the metropolitan areas of cities in any country around the world, what you’ll find are these little dim sum shops which are tucked underneath stairways and in storefront shops.

They’ll serve tea along with the tiny delicious savory and sweet little dim sum pastries and dumplings, this to the delight of afternoon shoppers, businessmen, and anyone else looking for a quick delicious bite.

Szechwan Cuisine Of China
The Szechwan cuisine of China has grown in popularity over the past few decades. The most popular and famous of these foods are the searing spicy foods such as Double Cooked Spicy Pork or Kung Pao Chicken.

Szechwan cuisine is now recognized for its distinct style of cooking which is traditional and more native to the landlocked mountainous areas of mainland China.

Recognizable are the use of the delicious pungent flavors of ginger, fermented soybean, garlic and onions which are strong characteristics of traditional Szechwan cuisine.

But there’s also the more subtle tasting dishes which rely on the interweaving and balancing of texture and flavor. The most typical of cooking methods include frying, frying without oil, braising and pickling.

Hunan Cuisine Of China
Hunan cuisine is the most well known when it comes to the several distinct regional Chinese cuisine styles, which are traditionally from the Zheijiang region of China.

The food is characterized by sauces which are thick and rich with complex aromatic flavors. Some of the more typical ingredients are spicier in nature, such as chili, scallions and pepper.

One of the more popular and well known favorite Hunan style of dishes is Pepper Chicken, which contains small chunks of succulent prepared chicken which is quickly stir fried with black pepper and onions.

Shangdong Cuisine Of China
The lesser known Shangdong cuisine is characterized by its emphasis on using as fresh ingredients as possible in combinations which highlights their flavor, color, aroma, and texture of each ingredient used.

The Shangdong regional cuisine is also known for its delicate flavor combinations which are surprisingly and pleasantly pungent. Scallions and garlic are tradition and the most frequently used ingredients, as are seafood, fresh root based vegetables including shoots.

The soups can either be a thin and clear broth with a light natural flavor, or they can be thick and rich containing spices and cream. One of the more famous of dishes which is from this region is the well known Bird’s Nest Soup, which is traditionally served at all of the major affairs of State.

The Distinctions Of Chinese Cuisine
While these are recognized as four of the major styles when it comes to regional Chinese cuisine, there are also a number of others which are worthy of noting.

These include the Fujian and Jiangsu cuisine’s which are focused more on seafood and shellfish, and accompanied with fresh crisp vegetables. What Fujian cuisine does is it blends sweet, sour, salty and savory flavors all in magical tasty combinations.

Jiangsu cuisine is more light in nature, fresh and sweet, and is characterized and known for its elegant presentation methods. This more than any other style when it comes to regional Chinese cuisine. Jiangsu will strongly emphasize on appearance as an extremely important element when it comes to the appeal of a meal.

China is an extremely vast and complex country with varied inhabitants along its borders. As a result, there are a lot of smaller nationalities along with regions which resides within them.

Most of them will have their own distinct styles of cooking which can be starkly different when compared to the other regions around them or nationwide.

It’s an expansive nation where their people has a dedicated love affair with their food, and as a result has produced some of the most complex yet tasty, delicate, rich and delicious dishes that’s known as Chinese cuisine.

The Signs And Symptoms Of Addiction To Social Media Online

Steps To Take When Feeling Uninspired And Lacking Motivation