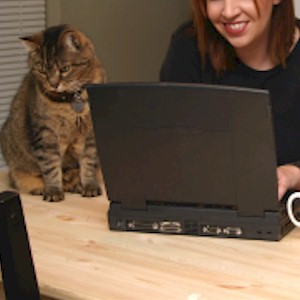 Realize the influence that social media now has on our daily lives, it smacks us right in the face in awe when reading someone’s latest posting, such as a job promotion, a new car, their new baby, engagements, holidays, breakups, the food they ate, everything.

It can get extremely overwhelming while we get sucked into their extremely picture perfect plastic persona’s, then at times jealousy, competitiveness, and annoyance begins to set in.

What current day modern society with instant gratification everything does is it makes us extremely data hungry, as we’ll devour any small tidbit of news on those we know. We’ll then scour our newsfeeds to get a glimpse into the lives of those we don’t know, but adore. Think it’s called stalking.

It’s now too easy to get caught up with the image of someone, a person and their lives which social media presents and portrays, which leads us to feeling envy because of our own inadequate lives, feeling dejected while making subconscious comparisons with our so called “friends.”

The new clinical term for this is social media depression, a phenomena which is now even classified as an actual psychological condition, this the impact that social media such as Twitter and Facebook has on individuals.

The end result being those who feel inadequate will feel down on themselves, as they take a shot to the ego when it comes to their self-esteem, this because they don’t measure up to their virtual counterparts online like they’re wanting to.

So listed are observations and cues which may lead towards this new disorder phenom.

Social Media Distracts From Real Life
What social media usually focuses on are trivial matters such as what your Facebook friends ate last night. Who really cares. Or what your virtual friends cat looks like. Sure, they’re amusing and interesting to some, but not exactly life altering.

There are only a few true life altering momentous events in one’s life, these include: getting engaged, getting married, giving birth, losing someone close to you, etc., which people will now also share on social media.

So because of this overuse, experts are now arguing that the time spent on social media is now beginning to distract most from living a real life.

The Drain Of Productivity
You need to admit that although social media does help in connecting a lot more easily throughout the day, what it also does is it also diverts our attention while hampering our productivity.

Then it makes it hard for our brains to focus on more than one task at a time, which means if you’re tweeting and working at your job at the same time, what you’re doing is placing the quality and accuracy of your job at risk, this diluting your overall productivity.

Those Feelings Of Inferiority And Inadequacy
So you log on to Facebook and in an instance, you’ll read about a boatload of events, job promotions, how someone made a million dollars, running a marathon in record time, all this exposure about others within minutes.

All of this great news which is happening to others forces you to constantly measure yourself up against them, and then you begin feeling inadequate because of it, even if their posts are most likely exaggerated.

Keep in mind that people will just share their best ideal representations of themselves, and not the bad events or the sadness of their lives.

Creates Certain Social Phobias
When you quickly “like” a friends status on Facebook, it’s not the same as phoning and talking to someone face to face, or going out for a coffee with them to catch up.

When you’re online and then begin wishing “Happy Birthday” to those you know or don’t know, you begin feeling a bit drained out and overwhelmed, which is an actual alteration to your brain’s chemistry.

What Social Media Promotes Is Inactivity
Most will now spend the majority of their free time on the Internet and especially on the various social networks. What doing so contributes to is making us completely inactive and lazy.

This the reason why it becomes important for your mind and body to break away from your computer to get some real physical exercise. What doing so does is it increases the blood flow to the brain, keeping you sane mentally and physically.

The Fear Of Missing Out
There’s another new social media symptom which is known as the Fear of Missing Out, which keeps you glued to your computer and Facebook in particular, this because you don’t want to potentially miss out on something that’s important.

This could be an event such as a social outing, birthday party, photos, or a business seminar which you think you can’t miss out on.

Promotes Anxiety And Unhappiness
We’ve established that constantly using social media to excess can stir up a list of emotions, the most prominent being that it creates a detachment from one’s real life activities.

It’s not known whether those who may be prone to depression are more drawn to social media, or if it’s the other way around, but there are numerous medical studies which supports that social media exacerbates all the major emotions, such as anxiety, unhappiness, and sadness.

Makes Us “Not” Feel Alone
When it comes to the world of social media, there’s always someone there to complain too, seek out solace with, or gain empathy with when you feel horrible or had a rough day.

When you’re constantly surrounded by these virtual friends online, it then becomes difficult to be truly alone since there’s always someone there online to sympathize with.

Those who may be addicted to social media usually finds that they’re suddenly unable to feel alone, while no longer enjoying the company of their real life friends like they once did.