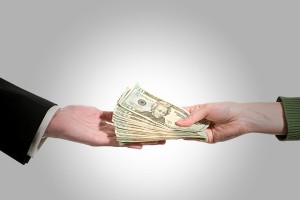 There’s always a cynical as well as a ruthless nature when it comes to doing Business, this since the almighty dollar still ultimately rules in the trenches, when all the cards are on the table.

So there’s a majority who believe that in order for one to succeed in business, one needs to exaggerate themselves a little by throwing a bluff, and that’s just an expected part of the process.

This is the reason why the traditional “cut throat” industries such as high finance has always had a bit of an image issue. There are many who still believe that, “Behind every fortune that’s made, there’s some type of crime that’s being committed.”

But these sentiments are always not true, actual research investigating various marketplaces actually prove that there are more ethical and moral individuals, then there are the crooked ones.

The successful trading of goods not only depends on morality forging a strong bond of trust and faith, but this also extends beyond the circumference of friendship and commonality as well.

There’s always that turn of the screw, however, that’s revealed by those chronic skeptics claiming that they never get an even break. But the truth is that behaving morally increases the efficiency, profitability, and the probability of a transaction.

Business Is Still Built On Trust
These results aren’t based solely on observing actual market exchanges, but more on the levels which drives the decision makers in the markets. There’s proof that there’s a certain neurochemical, known as oxytocin, which is released in the brain once someone intentionally trusts someone else, especially when a money transaction is involved.

This oxytocin release motivates us to reciprocate by exchanging currency in good faith, for the goods in question, with the person who happened to trust us. This can be translated as the biological process which occurs when it comes to trade.

“If you trust me with your money, then I’ll trust you back and play nice.” These actual exchanges are true in over 92% percent of those who were tested for the actual oxytocin release.

What this signifies is that it’s a pretty good bet when it comes to social relationships, as well as business relations, that our brains will subconsciously open up pathways with each other. If you trust me, then I will trust you back.

Being honest and trustworthy isn’t just wishful thinking, but it’s more instinct and biology. These behaviors which equate others, these moral behaviors, are not learned from our grandparents or from attending church, but are rather instinctive survival strategies which shapes our natural selection.

Lessons Learned From The Animal Kingdom
The first instinct in the animal kingdom is survival. Any animal species needs to eat to survive another day, while also attempting to survive by not being eaten themselves, or not losing to the outside elements. Animals of the same species will also rely on a pack mentality to protect each other for survival, and this is based solely on instinct and trust.

The human species in business also follow the same basic rules. They treat their customers fairly, while also at times sharing their profits with their employees as equally as possible. These are the incidences which induces the release of oxytocin in the employers, their customers, and the employees.

What oxytocin also does is it makes us care about others, looking out for each others welfare, usually in tangible ways, such as offering money. The same process also holds true when a customer continuously returns back to their favorite business or restaurant, since there’s a trust factor that’s been developed.

You can call it “Customer loyalty” or, “I just love their food and service.” Biology over time has shaped our brains and our thinking process into seeking out those individuals or organizations which treats us well, with respect, and then as a result, will keep us coming back for more.

There’s really nothing that’s wrong with self interest, looking out for yourself, looking out for Number 1. But this most likely always means sharing with others the gains that you realize from trade and commerce, and not taking everything all for oneself, but to share with others instead. This really isn’t rocket science, it’s more human nature.