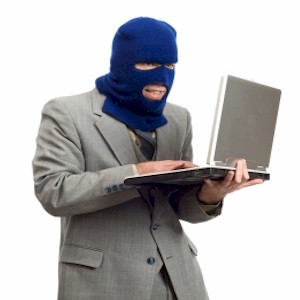 By using unsavory tricks in the attempts to “game” one’s profile or site has successfully crossed over to the various Social Media platforms. The primary object being increasing visitors and income.

There’s no doubt that there’s money that can be made using these avenues, whether being strict to the book or not. Without a doubt, individuals will always find cracks to exploit the system. Social media, specifically on Facebook, Twitter and Pinterest are no exception.

Originally, the Web was called the Wild Wild West for good reason. Unscrupulous marketers exploited all crevices of the Internet to make a quick buck, such as paying advertising revenue to individuals to surf the Web.

This recruitment process involved finding individuals to randomly visit sites which they had absolutely no interest in. The individuals then began “tricking” the program by creating multiple accounts, resulting in they getting paid multiple times using different profiles. Great for the surfer as they would often quadruple their income, but bad for the advertisers who paid for the clicks.

These types of exploitation methods to the system are rampant on the Internet where the war against “good and evil” rages on. The market however always ultimately corrects itself, as these sites will always catch up and make adjustments to eliminate the unwanted corrupt behavior.

But what invariably happens is these “grey or black hat” techniques will just begin seeping through into completely new and vulnerable areas on the Web. The latest of course being social media.

So listed are some of the latest techniques that individuals are doing to get additional traffic to their sites or to generate additional income.

The False Increasing Of “Likes” And Followers On Facebook And Twitter
Online marketers as well as companies constantly use the various “greyhat” methods to inflate their social media presence, and their popularity, without the real work which is required to generate genuine Facebook “Likes” or followers on Twitter.

There’s a variety of software products they can use which are available on the Internet by just a simple search. What they do is promise to help you acquire 1000’s of Facebook friends, likes, or followers by using their “bot.” So that’s the reason why “Susan Smith” and her Twitter account is able to generate 11,000 followers while making just 52 tweets on her profile.

Attempting To Fool Facebook EdgeRank
Facebook EdgeRank is an algorithm that’s been developed to place “in order of importance,” influential and pertinent content that may be valuable to the Facebook user in their News Feed section.

The formula of this EdgeRank algorithm takes into account a few factors and considerations, the majority which you can command, twist, and influence yourself with just a bit of applied effort.

One method that’s being used to influence EdgeRank is by encouraging the purchase of Facebook ads which drives users to their Facebook Page, this for the sole purpose of generating additional interaction on the page, which bolsters their EdgeRank. There’s also services on the Internet which offers to boost EdgeRank on a particular FB Page, along with other social media scores.

Enticing Google+ Plus And Facebook Likes
One tactic that your local Bank down the street uses is they will give you a “Brand new ballpoint pen,” for free, as a reward, if you sign up for their credit card. These “incentive” methods has also made the jump and have translated onto the online world.

The online versions of these incentive programs are now operated by the various sites which offers you a 1000 Facebook Likes or Google+’s, for instance, just for purchasing their particular software program.

Bumping Up Klout Scores
You’ve most likely come across or even use Klout on Facebook. What they do is assess a members social media influence. There’s even been reports which claim that potential employers won’t even hire new employees just because their “Klout” scores happen to be poor. There are also companies who are willing to pay to get higher Klout scores, which endorses their particular product or brand.

The fact however is that it’s not that difficult to artificially increase one’s Klout score. There are numerous tests to prove this point. For instance, an individual can claim that he’s an expert in “Blueberries” (the fruit). He then has everyone he knows to “+K” his Blueberry Klout, shooting up his count, and shortly after, the overall Klout score should begin to rise substantially.

Not Playing Nice With Pinterest
Pinterest is the new baby on the block and is still vulnerable according to some. Marketers originally used Pinterest to generate income by directly linking their affiliate codes on their images to their “money” sites. Although Pinterest has corrected this tactic, there are those who are successfully spending their days exploiting Pinterest using other methods for profit.

One popular method is they using automated “bot” software to bypass Pinterest’s detection codes to create hundreds of fake Pinterest profiles from a single account. These individuals are always one step ahead of the curve as Pinterest is yet to catch up to their tactics, and the proof is the significant income that they generate on their affiliate accounts.

So To Put A Stop To This
These are just the few of the masked online bandits and they are rampant on the social networks. The victims are generally not the regular surfers on these networks, but rather the social platforms themselves and the advertisers.

The problem is similar to athletes who uses banned substances to enhance their skill or quickness in their particular sport. The chemists who develop these “substances” are always one step ahead of the governing bodies, and once caught, they can easily mask or derive new methods to beat the system.

These social media platforms are not able to keep up. Once they catch onto one unsavory method, these individuals are always steps ahead of them, turning it into a real virtual cat and mouse game.