What Motivates Consumers When It Comes To Impulsive Buying 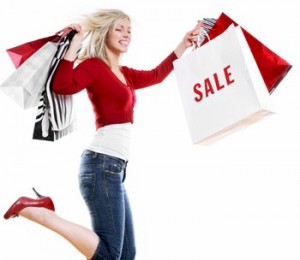 Impulse buyers are a struggling retailers best friend. Consumers who chronically purchase goods impulsively is also close to becoming a defined science, as it’s one of the most natural behavioral reactions that can be measured.

Our culture of excess spending enables us to completely succumb to temptation, and will buy something without even considering the consequences of that purchase.

Impulse buying is also classified as a behavior that’s in the same category as anxiety, and even mild depression. So attempting to control it could ultimately help your overall sense of well-being.

To be able to control something, however, it’s first important to understand the reasons behind it. Attempting to understand impulsive buying from different perspectives raises the question: What’s behind the motivation when someone impulsively buys something that they don’t need?

There’s a number of answers leading to the solution regarding this question, while also making you a lot more aware of your actions which should lead towards making more rational decisions. So the next time that you’re tempted to buy something excessive, you can then consciously catch yourself from doing so.

Tendency To Buy On Impulse
All shoppers to various degrees possesses a certain personality trait which is known as impulse buying tendency, which refers to a habit which triggers the need to buy something that they don’t necessarily need.

That to many may sound innocent and natural enough, but there’s a number of behaviors which are associated with this trait that reflects its detrimental influence. These impulse buyers are usually status conscious and a lot more “social” while being concerned about their image.

The impulse buyer as a result purchases something as a way to look better in front of their peers. Most impulsive buyers, because of this, also has a tendency to experience more anxiety, as well as having a difficult time when it comes to controlling their emotions.

As a result, it’s harder for them to resist the emotional urge to impulsively spend money. There’s other emotional issues which impulse buyers generally display, such as being frustrated or sad, so buying something hopefully fulfills and improves their mood.

Impulse buyers are also less than likely to consider the consequences of their chronic overspending, they feel that they just need to have that product.

Signals Of Chronic Shopping
Those who are out shopping won’t feel satisfied until they buy something, usually on a whim. What everyone wants to do is experience pleasure, and shopping for them fuels that need, as they eye and then imagine owning the product that they see.

Once this pleasure kicks in from this sense of vicarious ownership, these shoppers as a result are more likely to continue buying similar products, just to experience that pleasure again.

The Need To Take Ownership
The very concept of this ownership is similar to another impulse buying trait which is the bond that’s formed between the consumer and a particular product. Once we’ve become connected to a product, it completely alters the way that our minds perceive it.

Our brains will then begin acting like we already own the product, which makes it even more difficult not to buy it. So what needs to be discovered is how the connection with these products are formed.

A stronger emotional connection is also created once we’re physically close to it, and especially once we’re able to touch or feel it. Then there’s a temporal connection with a product that’s developed, and remains until we’re finally able to purchase it.

Social Connection With A Product
There’s also a social connection with a product once we see someone else using it or wearing it, someone perhaps who you adore or is a status symbol, and then we compare ourselves to that person.

For instance, a typical impulse shopper may be feeling unhappy, and may be thinking that if they were seen with a new pricy purchase, it will then bring sudden respect as well as happiness to them.

This perception is a slick avenue which motivates the impulse buyer to go out shopping, and the retailers are full aware of this. So once in their retail environment, the product is prominently displayed to catch the shoppers attention.

They first look at it in adoration, then will pick it up and will inspect it, while thinking of a friend, coworker, or a movie star who owns it. The impulsive buyer decides that they like and need the product, and then experiences instant gratification at the very thought of being able to buy it immediately, and take it home.

What usually and inevitably happens is it then leads towards buyer’s remorse, paradoxically bringing them more unhappiness, the same feeling that the impulsive buyer wanted to stop experiencing.

So What’s Behind The Motivation
Knowing the exact motivation which impulse buyers go through and how it affects them can help in stop buying things on impulse. There’s one caveat however, and that is everyone will behave impulsively every now and then, and modest levels are usually harmless.

However, excessive levels of impulse buying can easily lead towards the road of debt and being broke, resulting in more unhappiness. So it’s in your best interest to know what the warning signs are.

Warning Signs Of Impulse Buying
If you find that you’re spending money without thinking about what you’re actually buying, or why, then you may fit the profile. If you get a lot of joy from shopping, and you buy things as a way to experience short-term pleasure, then you’re buying on impulse.

If you suddenly get an urge to purchase something directly after you’ve looked at something, or right after you realize that you can buy it immediately, or after you realize someone you know owns it, you’re most like experiencing an impulsive buying urge.

Ultimately, the easiest way of telling if a purchase is on impulse or not is if you ask yourself, “Did I even plan to buy this, or did I just get the urge to buy it?”

If you didn’t plan on buying it, then it’s on total impulse. If you place that product back and refuse to buy it, then you’re consciously doing something that’s helpful to yourself.

You’re rejecting the idea or the urge that if you purchase that item, you’ll be happier and be more respected. Once you begin to do so, you’ll then get to keep more of your hard earned money, and also become a much better consumer and ultimately happier as well.

Recognizing The Latest Schemes And Tactics On Social Media