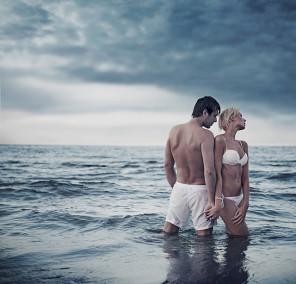 Does love at its very first glimpse, the initial look even exist, other than being childhood fantasy, is there really such a notion as that instant bond at initial gaze. Some say that it does exist, they proclaim to have firsthand proof.

So what needs to be defined is the actual physiological reaction and the attraction of love as compared to blind infatuation. The clinical fields wonder if this love at first sight is even ever possible of occurring.

What even are the exact qualifications, the signs, when it comes to this first look, and what does that mean anyways. So, the initial step may be to just dissect these terms, and see whether there can be any sense that’s made from this notion.

Taken literary, this isn’t even possible the optometrists of the world argue. So this idea appears somewhat to be a misnomer. This since merely seeing someone for the very first time doesn’t afford a sufficient window of time into how the nature of that person is.

This since when seeing someone for the first time and not having the opportunity to get to know them, or even speak to them, there’s no reasonable expectation or way that we can say that we love them.

It’s a fact that in certain situations, once we get to know someone, whom initially we’ve admired from afar, and upon meeting them, can regard them as outright repulsive. So you never know, the chemistry doesn’t mesh.

Love At First Sight When You’re Blind As A Bat
Nonetheless, there are some who believe they’ve been suddenly swept off their feet like a schoolgirl on a sugar high, and then taken on a mystical joy ride of unity which begins with just the mere initial sight of the beloved.

Perhaps there’s a trigger of déjà vu which is activated by realizing that they have somehow perhaps may of known each other in a previous lifetime, ages ago, or may of met as children.

Perhaps this first sight attraction magically pulls them together, towards each other much like opposite poles of a magnet, all physics. Thus, the belief is activated that our souls, which descended from heaven, were initially divided, so once meeting this “soul mate” for the first time, is more of a reunion.

So when entering these metaphysical explanations, they also include that there may of been some direct experience in the past with the person in question. When it comes to these explanations, what must be conceded is that love at first sight really isn’t first sight at all.

There’s a familiarity of sorts, as we don’t simply see others and then suddenly, automatically, we’re attracted to them. We’re often directly acquainted with someone in certain ways before we ever come to know or appreciate them.

The Process Of Information
This type of information processing is performed almost instantaneously, in a brief period period of time, for instance, when on a first date, or even seeing or meeting someone for the very first time in a night club, or at the grocery store.

It’s that sudden and immediate information processing which is required to make any sense of the idea that it may be love at first sight. Sure, such elements of acquaintance along with their visceral ratings appear to account for the chemistry vibe between two people.

Love At First Acquaintance
It may be more accurate that it should be love at first acquaintance. This a broader question which appears to resonate better with what’s usually intended once this much narrower question is asked, only if it’s more intelligible for all of the stated reasons.

But still, going beyond this broader query is a further question which may be more pressing. How can you tell, determine the difference between liking someone and loving someone when it comes to first acquaintance.

So to answer this as efficiently and economically as possible, what needs to be determined is that we need to somewhat have a genuine idea of what it means when you say to love someone.

So What Is Love You Ask
In the case when it comes to love at first acquaintance, which may be a kind of romantic love, there’s also infatuation for the other, which lacks the other types of love such as a parent for a child.

When it comes to the deep caring for someone, it appears that there’s an absence when it comes to love at first acquaintance, since the time that’s needed to cultivate the activities which are involved in this caring relationship may be absent.

What’s known for sure is that love does take time to cultivate, to nurture, so when it comes to love at first sight or acquaintance, there’s just simply not enough time for this type of love to be brought to actual fruition.

But then there’s also no point to dismiss this idea either. There appears to be room, precursors, when it comes to fully blown love. This isn’t uncommonly known or referred to as falling in love for the first time. Mush.

How You Can Attract Anything That You Want Effortlessly