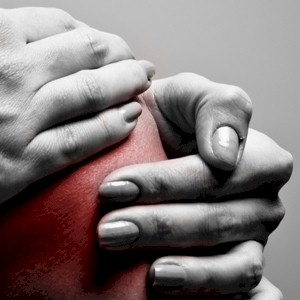 Once we as individuals begin to age, one of the most common complains is the increased pain and stiffness in our joints and muscles. They appear to stiffen up as we grow older, and common activities such as just bending forward creates a painful wince.

At times, this pain is also capable of gripping so fiercely that we become certain that they begin deep in our bones. The real cause, however, doesn’t begin in the bones or the joints, but more in the muscles and its connective tissues.

The frictional resistance which is generated by two surfaces of hard bone rubbing together in the joints is negligible, even if the joints happen to be damaged by arthritis.

One measurement to test is if you bend forward at the hips, and then are able to touch your toes with your fingertips extended, you’re considered to have good flexibility and good range of motion at the hip joints.

This considered if you’re able to bend over easily with minimal expenditure of force and energy. The exertion that’s required to flex a joint is as important as the range of potential motion.

It’s All About Flexibility
There are different factors which limits flexibility along with the ease of movement in the various joints and muscles. When it comes to the knee and elbow, it sets a defined limit.

In the other joints, such as the hip, back, and ankle, the soft tissue muscle along with the connective tissues will limit the range of motion.

The issue when it comes to inflexible joints and muscles can be compared to a squeaky gate, this because it’s rarely used and the hinges as a result becomes rusty.

So people who don’t bother moving their muscles and joints in a full range of motion on a regular basis, loses its potential. This the reason why if you try to move a body joint after an extended period of inactivity, there’s usually pain and stiffness, which then discourages further use.

Then what happens is that the muscle becomes shortened because of the disuse, while producing cramps and spasms which can become irritating and painful. This immobilization of the muscles then invites biochemical changes in the tissue.

Factors Which Promote Sore Muscles
Yes, Exercising Too Much
Some believe in the passage “No pain, no gain.” For those who think so, they most likely have experienced periods of sore muscles from overuse.

The problem with these individuals is that they’ll exercise way too much thinking that doing so is the fastest and the surest way of losing weight, or getting into tiptop shape.

This until they begin to ache. What they’re doing is ignoring their muscles and its connective tissues, which literally holds the body together.

Also Inactivity And Aging
What the connective tissue does is they bind the muscle to the bone by tendons, while the ligaments bind bone to bone. They’ll then cover and unite these muscles with sheaths, which are called fasciae.

As one grows older, these tendons, ligaments, and fasciae becomes less extensible. The tendons, which are densely packed fibers, becomes the most difficult to stretch.

The easiest to flex out is the fasciae. But if they’re not stretched out properly to improve joint mobility, they can shorten, which places undue pressure on the nerve pathways.

What the cause of the the majority of the various aches and pains are, is because of the nerve impulses which are traveling along these pressured pathways.

The Consequences Of Immobility
Sore muscles along with muscle pain can become excruciating, which owes to the body’s reaction to either a cramp or ache. This is known as the splinting reflex, where the body automatically immobilizes a sore muscle, forcing it to contract. A sore muscle as a result can then set off a vicious cycle of pain.

First, unused muscle can become sore from exercise or if held in an unusual position. The body will then respond with the splinting reflex, which shortens the connective tissues around the muscle.

What this causes is more pain, and then eventually the whole area begins to ache. One of the most common areas in the body for this type of issue and subsequent pain is the lower back.

The Theory Of Spasms
When it comes to muscle spasms, devices are used to measure the electrical activity in the muscles. Researchers are aware that normal relaxed muscles will produce no electrical activity, where muscles that are tense will usually show activity.

In one test, what the researchers did was measure the electrical signals in the muscles of injured athletes. First, with the muscle completely immobilized, then once the muscle had been stretched.

In every case, the exercises which stretched or lengthened the muscle diminished the electrical activity while relieving the pain, either completely or partially.

These experiments led towards the spasm theory, the explanation of the development as well as the persistence of muscle pain in the absence of cause, such as a traumatic injury.

A muscle that’s overworked or placed in a strange awkward position will become fatigued and as a result, will experience sore muscles.

It becomes extremely important to know the limitations as well as the capacity of the muscles, this in order to avoid getting sore muscles. This also proves that there’s no truth in the saying, “No pain, no gain.”

What the most important is how people stay fit by they exercising on a regular basis at a normal muscle range, this rather than doing so just on occasion, or becoming too intense about it. All this to relieve muscle pain.