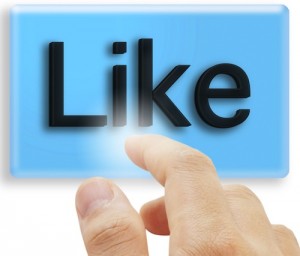 The influential power which is Facebook also extends far beyond the walls of Facebook.com. This presence changed when they introduced and then launched their Open Graph Protocol. The Open Graph was developed to easily facilitate the sharing of information as well as data between any site or business on the Internet and allow Facebook users to promote for them. This is possible through the display of publicly available links, which are known as API’s or Application Programming Interfaces.

Facebook’s Open Graph Protocol includes a number of usable social plug-ins for website or business owners, which usually amounts to just a few simple lines of code. This allows anyone to embed these easy to place Facebook code’s onto their site. The result is you can instantly incorporate most of Facebook’s features such as the popular “Like” button as well as a “Comments” box.

So when an actual user or even a ready to buy consumer happens to click on the visible “Like” button on the site, or decides to interact with any of the other Facebook social plug-ins, the information that’s collected is instantly recorded by the site owner or retailer as well as by Facebook. Their Facebook Friends can also immediately view that action such as clicking on the “Like” button, which will be displayed on their news feeds.

The Quick Adoption Of Facebook’s Social Plug-In’s
In just over a year of introducing their Open Graph Protocol project, there has been more than 2.5 million sites and business owners who has integrated one or more of the social plug-ins on their sites, with a current average of over 10,500 brand new sites which are adding a plug-in on a daily basis.

There has also been over 250 million Facebook members who were consumers or users who’s interacted with these plug-ins on a monthly basis. This includes clicking on the “Like” button or writing a “Comment” on a blog post, a news article or on a retail web site.

Each and every one of these interactions tells the retailer or site owner along with Facebook who displays these Open Graph features, giving them precise information about that consumer. The retailers are able to use anyone who clicks the “Like” button as a de facto product review, as a few online sites using the “Like” button has done.

Online retailers who has added the “Like” button for instance on one of their specific product pages selling a product, and even if the site is relatively new, they can quickly collect and then display how many of the Facebook users has actually given a Like to that product.

[ad#co-1]
Once the consumer clicks on the Like button, and then that information is shared and then spreads on Facebook, in some cases, the number of consumers who placed an order to actually buy increased significantly. Some has reported a product sales increase of close to 30% percent, while the average value of the order has risen by roughly 60% percent. Although it’s impossible to attribute all of these gains directly on the Like button, but it does open up an entirely new avenue of revenue which didn’t exist a few years ago.

Since clicking on a Like button on a site is like automatically broadcasting to all of a Facebook users friends, that action will then instantly expose a lot more potential buyers of the product based on they having the same tastes or attitudes as their friends. Their actions are directly endorsement and influenced from someone that they know.

So the goal should be to create a “I want,” as well as a “our members want,” recommendation from these like minded people and their friends, which is exactly what the Like button will give them. Most people will have friends who will have similar interests and tastes as them, that’s why they’re friends. So as a result, if someone that they know happens to “Like” a particular product or service, it has real instant impact.

Facebook’s Comments Box Plugin
Another plug-in in Facebook’s Open Graph is their Comments Box. The FB Comments Box will allow comments to be written directly on a retailer or a marketers website. These comments will then appear on both the site itself as well as on the users friends Facebook pages as well.

A user to write a comment has to be signed into their Facebook account for their comments or review to be transmitted on Facebook. And since just over 50% percent of Facebook users will log into their accounts on a daily basis, and most Facebook members will also remain signed in while they surf the Internet, they are able to write or read these “Comments.”.

Facebook has also recently upgraded the Comments Box feature to make it more interactive. Once someone places the Comments Box on their blog, news article or on a product page, the user will have a choice of Liking the page or writing a Comment to endorse the page. So what they’re doing is spreading the news or information of the product so all of their friends can see it. This will obviously help in introducing new people to the site.

Also, Facebook has designed the feature so that the Facebook member can read the Facebook friends’ comments immediately. So what happens is that if a friend named ‘Susan’ happens to comment on a particular retailer’s site, and when ‘Susan’ friends decide to visit that site, Susan’s comment would instantly appear higher than the other visitors comments.