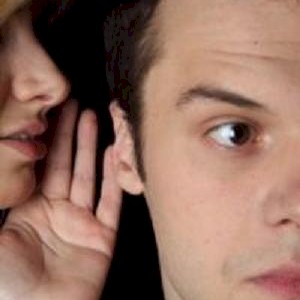 What practicing mindfulness in the workplace does is it projects a different perspective on certain viewpoints. This allows creative thinking to become more focused, attentive and cooperative, while learning to be more appreciative with those you work with.

This mindfulness enables leaders along with workers to witness reality more clearly, while acting more purposefully with all their own personal issues left at the door. The paradox for a better mindful work environment is being open to change, to start being.

What regular mindfulness elicits is better attention and improved positive emotional states. Mindfulness will train workers to increase their capacity, this to pay more attention beyond their next 3 to 7 seconds ahead of them, which are critical.

Becoming Mindful About Being Mindful
Begin by constantly questioning and listening, probe, inquire, reflect, gather perspectives and insight from others.

What this active engagement does is leads to smarter questions and better answers, improved learning, and a more sensitive awareness to upcoming changes.

Slow Yourself Down
Be wary and concerned about conversations which drags on for too long, or not covering all the items and issues on the agenda, while projecting the energy along with the feeling of being in a rush during conversations.

What this does is gives the impression to others that what they have to say, they need to be concise and therefore they usually are, picking up on the prompt.

There’s a need of balancing results with connection. The key becomes both internal and external. So slow down your thoughts, feelings, and actions.

Always Be Mindfully Breathing
Whenever conversations get intense, heated or debatable, the breathing often becomes rapid and shallow, which reduces the oxygen supply that goes to the brain.

What this does is it impairs proper cognitive functioning. So always keep in mind to breathe normally or deeper once things become intense, which naturally forces you to relax and think logically.

Focusing Your Attention
What’s common is for the mind to wander often, this including during conversations, even though you appear to be paying attention to what others are saying.

What becoming more mindful of this does, is that you can force yourself to focus your attention better and more concisely.

Note that once you notice your thoughts beginning to drift while someone is talking, alert yourself to pay full attention to the conversation at hand.

Learn To Listen Intently
Listening is one of the most important cognitive skills, including paraphrasing. What’s equally important is learning to listen with compassion and empathy, while being authentic.

Become sensitive to the emotional state of others, this while they’re speaking or responding to you. This also requires you to be mindfully aware of your own emotional state.

Always Be Open While Remaining Curious
What’s easy is to enter conversations with a closed mind, while being unwilling to see the perspective of others, ignore their point of view.

Instead, adopt the mindful practice of keeping it empty, that you’ll make no assumptions or judgments regarding what occurred moments ago, or what you need to do or say next.

Keep an open mind while seeking out the opinion of others in a clear manner, which will make the conversation more meaningful. What this requires is making fewer assertions while asking more questions.

Never Judge Others
What this doesn’t mean is constantly agreeing with the arguments or statements of others, but means accepting who they are, and that their voice is heard.

That you’ll accept what they’re thinking and how they’re feeling at face value. It also takes into account the emotions that they may be feeling, particularly if they’re negative.

Always Be Present
What’s common during conversations is you’re rarely mindfully present. What you’re often thinking of is your next response, or what you’re going to have for lunch.

Regardless, you’re not really paying attention, not really present, not giving your complete consideration to what’s happening or what others are saying.

Being mindful can enhance your ability so you can remain current and present during conversations. One of the best ways is to avoid all distractions, such as phone calls, this while you’re having a discussion, giving them your full undivided attention.

Respond In A Mindful Intentional Way
This rather than being reactive. Once the conversation becomes controversial, intense, or objective, the protective defensive region of the brain kicks in, which is usually a subconscious and autonomic reaction.

What often results is a reactive response which can negatively impact the conversation. What being mindful does is assists in noticing then labeling the emotion that’s arising, which creates space for a calm appropriate intentional response.

Setting Aside Personal Agendas
What many do is go into meetings or conversations with a predetermined agenda, which includes what they’re going to say, how they’ll respond to argument or opposition, determined with the outcome that they want. Novice salespeople are guilty of this.

While this may be necessary in certain situations, what making it a habit does is distorts conversations, while making others reticent to actively participating in meaningful ways.

So it becomes important to set aside personal agendas, this by being open, and not making assumptions, which leads to a more creative outcome.

Gauge The Other Person
Start conversations by first checking to see how the other person is reacting, gauge what they’re feeling, what mood they’re in, this before you begin talking or responding to them.

Being mindful about what others or a crowd of people is thinking, gives a wealth of information which contributes to a more substantial conversation that you can wrap around.

What having meaningful conversations can make are significant contributions towards a positive organizational culture. Those who practice these mindful conversations, can do a lot to create and control that culture.

Select Vegetables That Are More Nutritious When Cooked Or Raw