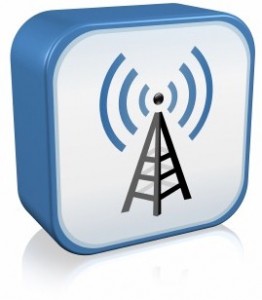 So how many of you have recently sat in a coffee shop, or when waiting for your flight picked up a Wi-Fi signal on your portable device? These Wi-Fi ‘hotspots’ of Internet access can be an extremely convenient source of online connectivity in today’s wired world.

As the world is becoming increasingly connected online, it’s now almost unheard of that someone doesn’t have an email address or an account on Facebook. As we quickly race closer towards becoming one massive union of inter-connectivity, there’s a need that arises for people to be able to stay online wherever they are on the planet.

So there are: cafes, libraries, hotels, airports etc., that offer Wi-Fi as a service to the general public or their guests. They provide their online users with the ability to connect onto the Internet using their (the cafe, hotel or airport) Wi-Fi ‘Hotspots.’ This allows for instant internet access to anyone in the vicinity.

[ad#co-1]
Can Anyone Access Wi-Fi
Some of these Wi-Fi access connections are secure and private, such as a hotel allowing access only for their guests, which would require the user to need a passkey or password for access. Businesses may also have private Wi-Fi access, strictly for the use of their employees. There are also ‘Public’ Wi-Fi access where usage is completely free and available for the use of the public.

How Does Wi-Fi Work?
What exactly is Wi-Fi and how does it work? The name itself, Wi-Fi, is actually a trademark name owned by the Wi-Fi Alliance, and sometimes referred to as Wireless Fidelity. Any computer or device which is able to support the connectivity function of Wi-Fi, is able to connect to the Wi-Fi network for instant Internet access.

Wireless Fidelity (Wi-Fi), is a technology standard which was developed in the late ’90s by the Institute of Electrical & Electronics Engineers (IEEE). WiFi technology allows wireless high speed internet access, in some cases faster than cable or DSL.

Wi-Fi is capable of numerous uses and functions, the most important being that it allows online web access to portable electronic devices such as: netbooks, laptops, tablets, smartphones, PDA’s, video game consoles and digital audio players, provided they are within range of the wireless network.

In terms of range, the Wi-Fi hotspot will usually only function if the devices are within close proximity range of the router, which is typically around 30 to 40 meters (100 to 130 feet) when indoors. When the stronger civilian towers are installed, Wi-Fi is able to span vast areas covering entire neighborhoods, an entire mall or university.

What Wi-Fi does is it allows for the transmission of information wirelessly through the air, which is similar to Bluetooth, but also provides for Internet access as well. Technically, it’s a little more complex than that, as Wi-Fi works similar to cellphones, radio or television transmission.

Wi-Fi Security What Are The Risks
Any wireless access including Wi-Fi carries the risk that anyone nearby can access your personal data if they get within distance. Therefore, it’s important you take security precautions while accessing any type of WiFi network. The degree of security will depend on the type of information your device carries. If it’s highly sensitive information such as passwords or online banking information, it’s recommended you take extreme security measures.

Ways To Protect Your Computer Or Portable Online Device
The first rule is, if you are online using Wi-Fi, avoid accessing any sites you do not want to share with other people. This should include: online shopping accounts, online banking, or even social networking sites. Avoid logging in to these types of ‘secure’ sites altogether which requires password access.

Make sure that the security control settings on your computer or device are set properly so that you cannot share files or other type of sensitive information. Make sure you disable (turn off) the Public Folder Sharing function.

Have a good anti-virus program on your computer. It should be updating itself daily for new threats. Check to make sure that the program is detecting newly created viruses and is ‘working’ at all times. Also activate the firewall to the ‘most secure’ settings.

These steps may be a little tedious, but there’s no point on sacrificing the safety of your computer files, programs or any other confidential information on your device. Practicing and maintaining these tips will eventually lead to developing better habits on computer safety in general.

One thought to “What Is Wi-Fi Technology”