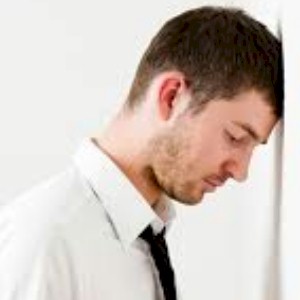 Anxiety is a common reaction which helps a person cope and deal with certain stressful situations. When it becomes too excessive or it elevates, this to the point of obstructing their livelihood, it can then be considered a medical disorder which needs to be addressed.

It’s a normal absolute condition of life to become anxious. When one is faced with an issue or confronted with a situation, what’s experienced is anxiety. We tend to worry, for instance, when we’re attempting to meet a deadline which may appear impossible.

Anxiety, just like any other emotion such as love, anger, or happiness, is a natural reaction which helps you to cope with the present situation at hand. It plays a significant role in your ability to adapt and survive.

When Anxiety Becomes A Health Hazard
There are times and situations when certain anxieties can get out of hand and lead towards fear, feeling a sense of losing control, which can disrupt daily activities. This is when it needs attention.

Social Anxiety Disorder
Also known as social phobia, is a condition when an individual becomes overly self-conscious, even paranoid, in everyday social situations which leads to intense anxiety.

There’s an unnatural fear of being judged or watched by others while doing things which can be embarrassing to them, but normal for others. It can become chronic and persistent, lasting for days or even weeks.

This very real fear can become so severe that it begins to interfere with work, school, or other social laced activities, making it difficult to make or keep friends.

The Hazards Of Social Anxiety
Some will feel physically sick from fear, this usually in seemingly nonthreatening situations, such as talking on their smartphone while others are listening, or ordering food in a restaurant.

Although they know that the fear is excessive or unreasonable, they still feel powerless against the anxiety. They’re also afraid that they’ll react in a way that will be embarrassing or humiliating.

The anxiety can interfere with their daily lives. Most find it difficult to concentrate in school, interview for jobs, speak in public, or have long-term romantic partners.

It’s found that there may also be just certain social phobias or activities which activates their anxiety, such as talking on their mobile on the bus, or showering at the gym, while they’re completely at ease in other social settings. So it can be selective.

A generalized definition of social anxiety disorder is experiencing attacks whenever the individual is performing in activities where their actions or behavior, can be immediately judged by others.

Instances can include business meetings where they’re expected to make a presentation, certain school activities, talking to complete strangers, or attending a party.

The Danger Of Phobias
A phobia is an intense and unreasonable fear of something that in reality brings little or no real threat or danger to them. Most of the common specific phobias are the fear of high places, closed spaces, flying, water, certain animals, the sight of blood, etc.

Phobias occur once the victim feels extreme irrational fear of a particular thing or event. Most are unfounded, yet attempting to deal with the situation, even thinking about it brings thoughts of dread.

Generalized Anxiety Disorder
This is when someone’s exaggerated view of a certain situation elicits irrational anxiety, including unnecessary worry which becomes habitual. For instance, a mother who constantly anticipates financial or health issues for her family, or thinks her husband is having an affair, can become a nervous wreck.

Panic Disorder
A panic disorder is described as a quick sudden flash of terror that’s associated with a rapid heart beat, sweating, dizziness, and at times fainting. Someone experiencing a panic attack experiences feelings of impending doom and a loss of control.

Panic attacks can occur unexpectedly, even while sleeping. It can last for several minutes and in some cases longer. Not everyone who experiences panic attacks elevates themselves into a panic disorder.

Obsessive Compulsive Disorder
Obsessive compulsive disorders can become unrelenting, which are characterized by disquieting thoughts of obsession, and the use of rituals or habits becoming compulsions.

Those with this disorder have persistent, upsetting thoughts to control the anxiety which these thoughts produce. Usually, the rituals will end up controlling them instead.

Those who are normal and healthy can also have rituals, such as making sure that the stove is turned off several times before leaving the house. The only difference being that those with OCD, will overdo these rituals to the point that it disrupts their daily life, becoming agonizing.

This disorder was first brought to attention because of war veterans, but it can also result from a variety of other traumatic incidents, such as witnessing physical violence, accidents, or natural disasters like an earthquake or flood.

The Treatment Of Anxiety Disorders
Anxiety disorders can generally be treated with doctor prescribed medication, or by using specific types of psychotherapy, usually both. The treatment depends on the severity along with the individuals preferences.

It’s always advised that a doctor be consulted, this to evaluate the cause and the extremity of the anxiety disorder before any type of treatment begins.

At times, there are other coexisting conditions which has a strong effect on the individual. Then the treatment of the actual disorder needs to be suspended, until the other conditions are under control.