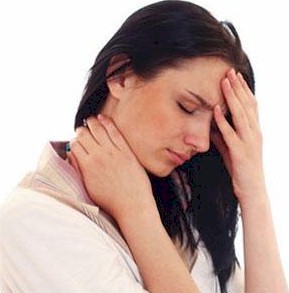 Pain hurts, it can sting and linger, and we all experience it from time to time. That blunt throbbing toothache, the headache right above the temple, or that constant swirling backache.

Pain can become uncomfortable, it can get serious enough to need medical attention, and you always want it to go away. What pain is actually doing is sending out a “red flag” warning that something is wrong, and at times, it can keep you alive.

Any type of pain, whether minor or severe, what it does is it acts as a warning mechanism to potential ailments or injury in the body. Chronic pain of any type, over time, can become impossible to ignore, and is crying out to you for attention. So when you stub your toe on the dresser, bang your head on the glass door, all that pain is doing is, its job.

When the initial “pain” warning issue goes away, then chronic pain may begin to set in. Pain can arise mysteriously just as it can go away suddenly. It can persist for what seems like forever, and can be difficult to diagnose or treat.

At times, most usually, the cause is obvious. But the actual origin of the pain, such as waking up with a headache, or that constant pain in the lower back, you are the unfortunate benefactor of it.

Finding the exact or surefire treatment may also be difficult since the phenomenon or the history of the pain may be so complicated. Past emotions and expectations can influence pain that’s chronic, and are usually influenced by it.

Pain which is persistent can be a complex issue, a cure that may not be solved anytime soon. While we wait for the pain to go away, understanding why we hurt, may offer ways to lessen the sting.

No It’s Not In Your Head… Really
When you’re in pain, the very last thing that you’re wanting to hear is that it’s in your head, no, not pain from a headache, but you just imagining it. But the actual truth is that any type of pain does originate from the brain.

The root of pain begins within a complex group of interconnected brain cells which are referred to as the pain matrix. There are some regions in this area where their particular assignment is delivering the exact descriptive information regarding any type of feeling.

This includes reporting where the pain (or pleasure) is at, how intense the pain in this case is, and whether the pain is blunt and chronic, or if it’s sharp and sudden.

Another area of the brain which is known as the anterior cingulate cortex, is responsible for registering the degree of “hurt” resulting from the pain, which can at times be unpleasant. It connects together the actual physical sensation of the pain, to the feeling of distress and discomfort.

What’s interesting however, is that the anterior cingulate cortex doesn’t or can’t distinguish between psychic or bodily pain. It will signal distress whether it be a stern kick in the stomach, or the pain of being emotionally rejected by someone.

It becomes sensitive instead towards your actual state of mind. It’s more dictated by the dampened “bad mood,” or whether it’s enhanced by “good mood.” Once you change your mood, it will then change the pain.

Where Is The Pain Coming From
One study of an individual who had damage to their sensory regions of the brain, with the cingulate intact, was prodded while blindfolded. The subject couldn’t determine if the pain that was felt, was from his left arm being poked, or it it was his right knee being kicked. The only thing that he knew was that there was pain, and he didn’t like it.

This same area of the brain can also influence empathy as well. There was a study where couple’s responded to each others individual twinges. Once one of the partners watched the other endure some type of pain, their own cingulate immediately responded.

The higher that the person was able to score on the empathy test, the stronger that the response was. Also, the more empathetic that you are, the more vivid that you’re able to anticipate your own pain.

How To Lessen The Pain

Conditioning Yourself To Suffer
Similar to your muscles, the circuits in the brain will grow and strengthen once you use them more often. This can be great if you’re learning how to play the guitar, but terrible when it comes to that aching knee joint.

The pathway which leads to the pain can be viewed like a trail which runs through the forest. If you happen to have a specific path which is already established, then it becomes easier to just follow that path and it becomes stronger.

Although it’s the same process which makes you better at hitting a baseball, for instance, or when learning how to drive a stick shift, what your brain does is the gets better at perceiving what the pain is.

Eventually, those who may have chronic pain such as fibromyalgia, which is constant pain in the joints and the soft tissues, will find that the mildest sensations will be agonizing.

It’s All In The Mind
What happens is that even just a gentle nudge can cause certain areas of the brain which processes the pain to instinctively react. Similar results have occurred for those who experience chronic lower back pain which is unexplainable.

It no longer becomes a conscious process, but rather a way that the brain responds naturally to repeated stimulation.

Learning How To Avoid The Pain
Like anything else that you’ve learned, you can at times be able to forget about the chronic pain. Certain forms of learning, associated with problems such as addiction, appears to be hard to undo, but there’s also evidence that it can be stopped, reduced or reversed.

Is Regular Exercise The Cure
Exercise can potentially be a painkiller. A recent test on those who exercised regularly revealed that their feelings towards pain and fatigue, increased once they quit exercising, even just for a few days.

So if these healthy young individuals are able to feel more pain once they stop their exercise routine, then long-term inactivity may be more harmful to those who are already in pain.

So avoiding exercise may make the pain worse while also interfering with mood as well as sleep. Beyond the natural feeling of “uplift” that is exercise, working out may act as a painkiller by raising the levels of dopamine.

The psychological side of pain can only be reduced but not eliminated. But increasing understanding on how the pain network in the brain connects with cognitive, as well as emotional reactions provides for promising insights.

When combined with other types of treatment, these approaches can help in restoring the pain system which alerts the body towards danger, instead of trapping the mind in pain and agony.