Why Having Self Confidence Is The Best Love Indicator 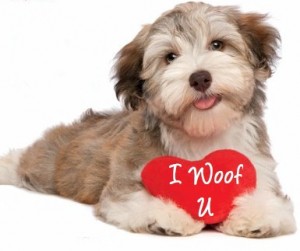 You’re completely faking your self confidence, it’s completely transparent, thus you’re not an ideal mate that someone is wanting. The most primal trait on what a individual needs to attract somebody else, and no, not that, is natural beaming Self Confidence. Everyone pretty much is aware of this since all the dating guides and surveys conducted from both sides of the human species gives or promotes tips on how to project oneself as self confident as possible.

[ad#co-1]
Most believe that self confidence can’t be phony. Most women are extremely cynical because they instinctively assume that most men they meet in practically any situation is attempting to impress them, well duh! So the best way to appear as self confident as possible is easy, just be self confident. But the line between appearing, and not being self confident is thinner than a receding hairline.

Begin By Setting Goals
The quickest as well as the most effective method of increasing your confidence and raising your self-esteem is by setting easily achievable goals for yourself, and then reaching them. This way, you can prove to yourself that it’s possible, and as a result, your self esteem will improve once you’ve actually accomplished something that’s tangible. It doesn’t really matter what that goal is, as long as it’s something that you value.

Your initial goal to increase your self confidence should begin slow. Begin by picking just one or two minor issues which you know that you’re able to achieve, or will yield the desired results, this over a period of a few weeks.

It can be as simple as following up on a commitment that you’ve made to go to the fitness gym at least three times a week, or asking your employer for a raise, or reducing your debt or weight. Once you have successfully achieved several of these short-term goals, then that should make you feel a lot better about yourself for following through. You can then project that energy to work towards your next set of goals.

Getting Confident By Setting Higher Goals
During your leisure time, instead of watching sports on TV all the time or surfing the Internet five hours a day, you can instead take a night class to learn a new foreign language, or take a cooking class, or a completely new leisure skill. Learning something that’s new to you leads towards intellectual as well as emotional growth while increasing your life options. These new classes can also offer opportunities to meet new people.

If and whenever you decide to go on a vacation, try something new and exciting and even a bit risky, such as mountain climbing, or go fly-fishing, or white-water rafting instead of hanging out at the bar or the slots in Las Vegas.

Test yourself, master a sport or a new skill, surviving or accomplishing some type of challenge will always improve your self confidence. It will also arm you with things that you can talk about when you meet new people. If you’re thinking that those white-water rafting trips will be too expensive, then calculate how much you spend on beer, burgers and pizza delivery. So it’s better to spend your cash on something that’s more worthwhile, and will also make you feel a lot better.

Ignoring All Those Negative Influences
Every day, we all get bombarded with all the beautiful temptations which are readily available on television ads or on the Internet. The culture that we live in has created a class environment of beautiful people where you may not quite qualify. These men and women however are still basically the same as they were decades ago.

All the contradictory messages will potentially make you feel a little frustrated while your self esteem takes another hit. You’ll feel that this temptation which is constantly dangled is always out of reach.

These messages creates feelings of resentment and even hostility which may make you view the opposite sex as mere objects for gratification or unattainable status symbols. So it’s important to be aware of the pervasive culture of materialism that surrounds you.

What these constant messages are attempting to convince you is what you should be buying and owing to be pretty. Or to be cool and desirable, you’re told what type of beer you should be drinking as an extension of your personality, or the exact type of car you should be driving to attract the opposite sex. Statistics show that some will care while the majority don’t give a damn.

Knowing Your Personal Limitations
In this mad consumer driven world that we live in, marketers set themselves up to profit greatly by portraying men who are self confident, rugged, individualists, the man’s man, and that’s what the women want. The entire image and message of these fueled consumer products are implicating that women are not interested in passive or insecure males, and if you buy their product, then you can exponentially improve your life by spending money on their products. These are the companies who profit from profiling on your low self esteem.

Self confidence in individuals may also decrease as the income disparities widen. Men will often assume that the primary key to attracting women is having lots of money, and then feel bad about themselves since they aren’t that wealthy. It’s true that there are a large percentage of select women who are only attracted strictly to men who has a lot of money, and there’s a word for that, but those are the one’s who are looking for material gain and not for a true mate.

What Really Attracts The Opposite Sex
Biologically and instinctively, women are geared to be attracted towards men who display character traits which leads to potential success over the long run. The men who display self confidence without saying a single word, while portraying a sense of risk and adventure taking ability.

These instincts have been developed way before capitalism and materialism tells them what they should be looking for. Women will always be geared towards finding that man who exudes rugged individualism, the type of man who are able to be hunters or explorers.

These are the kind of males which women look for on sheer instinct when they’re searching, as opposed to what they think they’re looking for when they believe that money is the only thing that’s important.

Ultimately, having wads of hundred dollar bills in your wallet or a Platinum Credit Card shouldn’t be what attracts the type of woman who’ll make a lifelong mate. Those women are aware that potential fortunes are won and lost, and the men who has the self confidence are the ones who could achieve it.

Those are the women who won’t leave you when things get tough economically when you happen to lose your job or your business venture fails. That’s why self confidence is so paramount, the ability to be able to do something, and not count the financial assets. They want to travel the road to wealth and success with you, and they do not want to just hitch a ride or be arm candy.

The Reason Why Ladies Are Not Asked For A Second Date