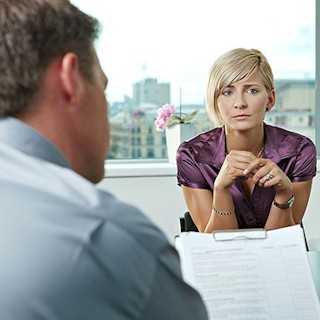 Applying for jobs, going through the interview process, not getting hired can be a humbling fail. Some will take it personally. What having “soft skills” in today’s competitive job market, can do is give an applicant the edge over others. Soft skills are defined as having personal qualities, such as grace, attitude, and compatibility.

Often, there are times when employers believe that they’re better off to hire someone who’s less qualified, but possesses stronger social skills, over those who may be more suited, but comes across as aloof. These are those who displays poor social skills, and may not fit in.

The rationale for this, is that those candidates who has lacking technical skills but high people skills, can be trained easier, this when it comes to the technical training.

For this reason, socially affable applicants are hired over those who may be more technically qualified, who shows poor people skills during the interview process.

So you’re a job seeker, pounding the pavement in the intimidating concrete jungle known as the corporate world. What’s important is to work on your soft skills, as just being technically qualified no longer isn’t enough.

A Strong Work Ethic
What managers don’t have the time or the patience for, is to babysit their employees, as they’re usually looking out for number one, which is themselves, and their managerial concerns.

You’re expected to be self reliant, self motivated. A strong work ethic means that you’re capable of doing your job well, that you’re qualified to carry out the position unsupervised. The type of employee who takes initiative.

Team Player
This is a critical social skill and usually high on the list when hiring, and that’s the ability to be a good team player. So when searching for a job, you need to ask yourself how well you work with others, or if you need an attitude adjustment.

Are your interpersonal skills an asset or a detriment. This applies especially when you’ve never had a job before, how well you fit in and cooperate with others.

So think back to when you went to school. Did you get along with others, contribute during group assignments, or were you obstructive or combative.

High Emotional Intelligence
Even though having high emotional intelligence won’t usually be listed as one of the requirements in a job posting, having high EI is the core social skill that’s favored.

What it relates to is how well you manage your social abilities, display your social awareness and self management skills. Showing signs of emotional intelligence is what’s sought after, and hopefully displayed during the interview process.

Mindful Problem Solving Skills
It becomes a compilation of ones ability to apply their creativity, reasoning, resources, and their past experiences, this to take the initiative to address or resolve any current issues which needs to be solved.

Having the ability to problem solve, thinking on ones feet, does is saves valuable time and resources, along with others involved. So make sure that you bring up this skill during the job interview, by giving examples on how you did so.

Being Adaptable And Flexible
We all know that things rarely go as planned. Coworkers phone in sick, customers complain, processes break down. So having the ability to adapt to the challenges of the new work day, to adapt to today’s rapidly changing environment, becomes a vital social skill.

What’s extremely important is having the ability to learn and then adjust to different situations, such as learning new technology, or managing several tasks at the same time. Some call it multi-tasking.

Excellent Communication Skills
This doesn’t mean being able to communicate in a particular language. What it involves is having the ability to get your point across effectively, which is a vital soft skill. This also involves good listening skills, so you could reply accurately.

Being a good communicator, also involves effectively getting your point across in your writing, along with your actions. One strong skill is the ability to breakdown difficult technical concepts, and translating it into simple common language so everyone will understand.

Have High Self Confidence
What having self confidence shows is have you have self-esteem, that you believe in yourself and your abilities, and it shows in everything that you do, this without coming across as being arrogant or standoffish.

This is a critical social skill that says you have what it takes to get the job done. It’s the personal belief that you have, that you have the fortitude, this to the point where others will often become inspired to be more confident of their own abilities themselves.

Teachable While Accepting Criticism
The ability to learn and wanting to learn to get better. This involves being able to accept constructive criticism. Taking it as a teaching or learning opportunity, while not taking it personally, as this is how most will react because of their bruised ego.

For those who has the ability to constantly absorb criticism, failure, and learn from it, is considered an excellent skill. This is one trait that employers seek for in their staff.

Being teachable means that you’re a valuable asset, and management material. So display the ability to learn new things, that you can be coached.

Time Management While Performing Under Pressure
Time is a resource that most don’t manage that well. Once the time lapses, it’s gone forever. So develop the ability to prioritize assignments, this by doing important tasks before others. Use your time wisely.

The biggest reveal is how you use time efficiently, this when under pressure and stress, while doing that job well and on time. Time is money, and those who are the highest paid, are the one’s who manages their time effectively under pressure.