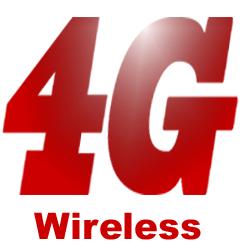 There’s a valid reason why the majority of smartphones, tablet PC’s and practically any other mobile device all support and use what’s originally pretty much a non-mobile based technology, and that is Wi-Fi.

The reason for this is because in most parts of North America as well as many parts of the wired world, the 802.11b/g/n Wi-Fi wireless network just simply offers a much better performance output than using any of the mobile device’s nearby cell towers.

When you’re using Wi-Fi to tap into your home or business’s broadband Internet connection, what it does is it will accelerate downloads as well as any software uploads. Wi-Fi also offers smooth transmission of VoIP communication as well as faster streaming speeds when using portable devices such as smartphones and tablet PC’s. They are only able to do this however, provided that these devices aren’t constrained by they using the congested, slower and the now outdated 3G technology.

[ad#co-1]
The biggest problem is that using the usual fast local Wi-Fi mobile connection will automatically drop back to the slower 3G based wireless broadband plan immediately once you leave the parking lot of your workplace or the driveway of your home where the Wi-Fi becomes out of range.

If you still happen to be using wireless 3G broadband, then you’re missing out on the majority of the capabilities which the current newer mobile devices offer, such as video display while on the phone.

So looking at this another way, there are numerous resources which are being underused, and that could equate to missed opportunities for your home or small business.

The new replacement for 3G is, as you’re most likely are aware is 4G or fourth generation. 4G is the simple adopted name of a collection of much faster wireless standards available for the more feature orientated mobile broadband and the multitasking mobile devices.

The 4G/IMT-Advanced involves a host of technologies which are designed to speed up data transmissions as well as making them a lot more reliable, which includes multiple input/multiple output antennas or MINO, dynamic resource usage and IP packet switching.

4G also supports the newer IPv6 Internet addresses as well as providing seamless coverage if the user happens to be traveling between different cell networks as well.

4G As It Is Today
The majority of the major mobile carriers claim to provide, since they’re advertising it, several different wireless based broadband technologies and placing these services all under the same “4G” umbrella.

So depending on which provider is offering a particular service, 4G can either be Long Term Evolution or (LTE), Evolved High-Speed Packet Access or (HSPA+) and/or Worldwide Interoperability for Microwave Access; 802.16 or (WiMAX).

For the most part, the Mbps data rates are in the single digits on average. All of the major providers in the United States claims that they offer anywhere from 3 to a high of 10Mbps for their 4G networks.

These numbers however are a far cry from the initial goals of ITU-R for 4G, let alone the 100Mbps and the 128Mbps maximums of current LTE and WiMAX technologies respectively.

But they are still a definite improvement over the previous and outdated 3G technology, providing for a lot more speed and less latency. Also note that these network speeds will usually drop if you happen to be moving quickly, such as if you’re riding on mass transit or traveling in your car.

If You’re Planning On Getting 4G
If you’re wanting to upgrade to 4G, what you’ll need is a smartphone, tablet PC or any other mobile device which is able to support 4G. If you know that your current mobile device is capable of using the 4G network which is provided by your current carrier, then upgrading may just be a matter of turning on the 4G radio switch that’s located in your mobile device’s settings. You may also be required to run an update on the mobile for full compatibility.

If your smartphone or any other mobile device isn’t currently compatible with 4G, or the type of 4G which is offered in your area, then you’ll need to upgrade to a newer 4G capable mobile device. The easiest would be to just get a new mobile that’s offered by your local 4G carrier.

Providing Lots Of Giga
The future plans for 4G technology includes a 1Gbps or (Gigabits per second) evolution of LTE which will be known as LTE Advanced. There will also be a 1Gbps version of WiMAX as well which will be called 802.16m WiMAX 2 or WirelessMAN-Advanced.

To add a bit of perspective, these speeds of 4G on your mobile are much quicker than many of the wired networks that’s currently available in most of the homes and businesses. So for the most part, it’s an excellent time for fans of anything that’s mobile as the speed and reliability is finally catching up.