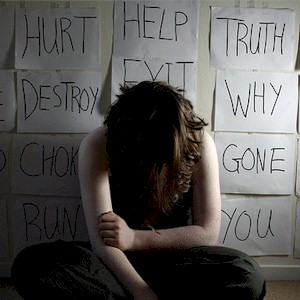 You just adore everyone giving you positive praise, but it’s that one negative criticism that shoots you down. We’ve all been told that we’re a loser, or pathetic. This hurts, especially if it’s from someone that you respect, or if the insult is by someone in authority.

Anyone that’s insults us stings. This could be our parents, our partners, or from complete strangers. We are thin skinned, as we experience the pain once we’re mocked, rejected, or ignored by the cool kids, or angrily shamed or accused of some wrongdoing.

Even if you’re doing the right thing, on the right path, you’re in the right and innocent and are extremely likable, just one single voice of negative disrespect can offset you, staggering your well being.

The effect of the insensitive comment then lingers, becomes troublesome and concerning, as any type of affirmation doesn’t seem to work. What you then feel is inferior and then begin doubting yourself and your abilities.

It’s Just Human Biology
Your experience of feeling hurt while obsessing and overreacting from the criticism is an universal trait. To be human is reacting in a sensitive manner to any attack from others, as it’s a result of the brain and body naturally reacting to a perceived threat.

So to resolve becoming so sensitive is by understanding the effect that the verbal attack has on your brain, how the body then reacts, why you become so sensitive, and why it continues to linger.

How The Brain Reacts
That negative voice in the back of your head becomes especially rattled because what was activated was the most primitive region of the brain, which is to alert you of a threat, either physical or mental.

This primitive reaction is referred to as “the lizard brain,” as it reacts the same way across the animal kingdom. When faced with any type of perceived threat, what’s trigger is the sympathetic nervous system, which launches the body into to a fight or flight response.

How The Body Responds
Once the core brain becomes triggered by some type of threat such as an insult, the sympathetic nervous system then automatically kicks in, which activates a series of physiological responses which confirms and intensifies the feelings.

The stress hormones, adrenaline and cortisol, are then injected into the bloodstream as the heart begins to pump faster and the breathing quickens. This is an automatic response to any threat every time.

The body then freezes, or readies itself to flee or stand up and fight. This entire reaction occurs before the logical thinking brain, the frontal lobes are alerted and become active online.

Once one feels that their life may be in danger, is when some will report phenomena such as extended endurance or even super-human strength. When the brain freezes, there’s a detachment and serene peacefulness.

If your life isn’t actually threatened, but your well-being happens to be at risk, then the sympathetic nervous system moderates this by determining that you’re just scared or angry, which results in you running away or having a strong comeback.

Why So Sensitive
What this quick and effective reaction to any type of threat did was it helped our ancestors survive in usually more hostile and dangerous environments, which we’ll most likely never face.

This autonomic response has enabled humans and especially other species in the wild, to survive another day.

Although the battles are different from a few centuries ago, our lizard brains still reacts the same, coming in handy to alert us of any verbal or physical threats, spurring us to take action.

We can’t be Superman, but we can instinctively slam on our brakes when there’s a road hazard, come back with a fitting witty response, or run for cover when it starts to rain.

Criticism From Others
When someone happens to insult you, it’s different from that physical road hazard, or running for safety. Reacting to someone who’s critical, mean, or have upset with you, stems from our instinctive need to belong, this in a social group or tribe.

We’ve become wired to be empathetic and attuned to the emotions of everyone that we’re in contact with, so we become extremely sensitive to being suddenly bullied, abused, or shunned.

So whether your boss or parent suddenly scolds you for being late or lazy, someone shows road rage and gives you the finger, your partner says you’re boring and not good enough, or a relative excludes you from a dinner party, you feel rejected or mistreated.

Why The Feelings Remain
Even if the perceived danger of the incident has long passed, what the stress response can do is leave a lasting and at times permanent impression on the thinking frontal lobes, leaving a feeling of rejection long after the event.

Once the thinking brain gets involved, what it attempts is to make some type of sense of what occurred by looking at previous patterns, while determining its cause and effect. It can then get defensive, take it personally, or assume blame.

Since humans are especially sensitive to dwelling over any type of altercation with another human, what’s felt is an ongoing negative impact as the bad memory is relived.

What this triggers is the sympathetic nervous system to inject yet more stress hormones into the bloodstream.

If the interaction with someone is particularly threatening or vicious, then the brain continues to reenact and become haunted by the memory of it, which can dampen the spirits while losing confidence.

This then leads you down the road of doubting yourself, which holds you back. If you happen to lead an especially stressful life, is when your sympathetic nervous system begins to overreact, making you look nervous and more susceptible to feeling defensive.

How To Simplify Your Business By Just Providing And Surviving