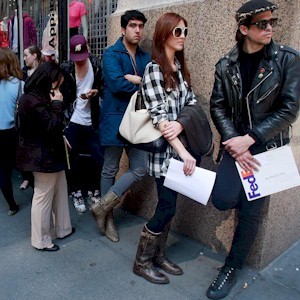 It’s found that the majority are stuck in a job that they hate, that they’ll sulk all weekend terrified of the thought of Monday morning. The odds are good that this has happened to you, that you’re feeling miserable at your current job.

This especially if young and just entering the workforce, as most are held hostage to the outer remnants of job selection, the jobs at the bottom of the barrel. But there’s no other choice as you’re forced to take what you can get. Earning money becomes a burden and the most essential of life.

Should we continue to allow our pitiful jobs to rob us of our happiness, going to a job everyday that just sucks the joy out of our soul, where the only other option is being unemployed and going on the pogey.

Being unemployed is getting kicked to the curb, becoming an outcast, that you’re not worthy or fit to work, which drains out your self esteem and your bank account quicker.

Where Are All The Good Jobs
This current generation entering the workforce understands the difficulty of finding employment better than anyone else. Most have graduated from high school, most find the necessity of college, but are then exposed to one of the worst economic environments in recent history.

They’re conditioned to chase the “Great American Dream.” Decide what you want to do in life, work hard, and by doing so, you could become anything that you want to be. Most are finding that’s a load of bunk.

The Cycle Of Unemployment
The blame can be placed on the current wave of technology where machine has become cheaper and more efficient than humans, while the economy is simultaneously tanking out of control.

So finding employment becomes elusive. Those once mid level jobs are now being automated, eliminating a whole whack of jobs to computers, jobs that once required humans to perform.

It’s a difficult time to be in your twenties in this type of economic climate. A century ago, the Great Depression struck, this partly because industry switched to automated machinery, which eliminated human labor.

Most will send out countless job applications for positions that they’re overqualified for. They followed the proper etiquette of writing cover letters, thank you emails, all just to be denied.

In some cases, it’s more of an insult to have an actual human reply, as what they’ll tell them is that there’s currently no job openings, or “we’re looking for someone who has more experience.”

Most Are Getting Discouraged And Giving Up
These young are keeping their heads up, their eyes open, but they’re realizing that they don’t count, matter that much. They’re not invited to participate in this new Industrial Revolution.

They’ve been looking for jobs for so long and can’t find one, that some aren’t even trying any longer, they’ve become discouraged, witnessing a fruitless exercise. All they’re asking for is a break.

But Yet The Economy Churns
But from a macro standpoint, stepping back and witnessing the workforce, what you see is the unemployment rate hovering around 6% percent, that 94 out of every 100 workable adults are working.

So although jobs are being created, the quality of the jobs are extremely low. People are getting hired, but they’re at the polar end of the spectrum with low wages.

Grates On Your Mental Health
What conventional wisdom dictates is that being unemployed is the worst possible position that a capable adult can be in. We all need to earn money, while staying connected with the workforce to stay relevant.

What you don’t want is having large gaps in employment or having a new job every four months on your résumé, this shows employers that you have ill character or a bad attitude. A social misfit.

This the reason why most will take jobs that they absolutely hate, and will keep them, dread them, becoming incredibly miserable at life.

It was found that if the job is monotonous and they’re not challenged while being micromanaged, that their mental health will suffer more. The only benefit being that they’re getting paid.

Unemployment is extremely stressful, but what you’re doing is focusing your efforts on finding a job you would like. But if you’re working at a dead-end job, you’re so sick and tired at the end of the day, it becomes difficult to think of the future, but just facing more of the same crap tomorrow.

We all want to find suitable employment which allows our unique skill sets to be put into good use. Once we end up working somewhere that will constrict this, it then damages the essence of our being.

A Job You Love
There’s nothing more rewarding than being in the ideal job that you love. You’re excited to wake up and get to work, you dream about it. At times, you can’t wait for the weekend to end, this because you miss Monday morning.

What most find is that this is a fantasy, a fallacy, and doesn’t exist. Landing a dream job in today’s economy becomes almost impossible. But the golden handshake at the end of the stick says you should never give up trying.

Unemployment is tragic, but the option of wasting your life doing something that you despise can be more terrifying. You only get one swing at life so make the best of it.

Learn to take a risk, aim for the fences. Learn from all your failures, expect struggle, and the victory becomes that much sweeter.