Everything in life, anything that moves is in constant perpetual motion, good or bad. This even when we’re sleeping as our body heals itself, to the moment that we wake up. We and the world are constantly changing, evolving forward. What’s most important, is that we’re evolving as humans, this hopefully for the better. What we feel are the results of these changes, some good, the majority are just average and a work in progress. 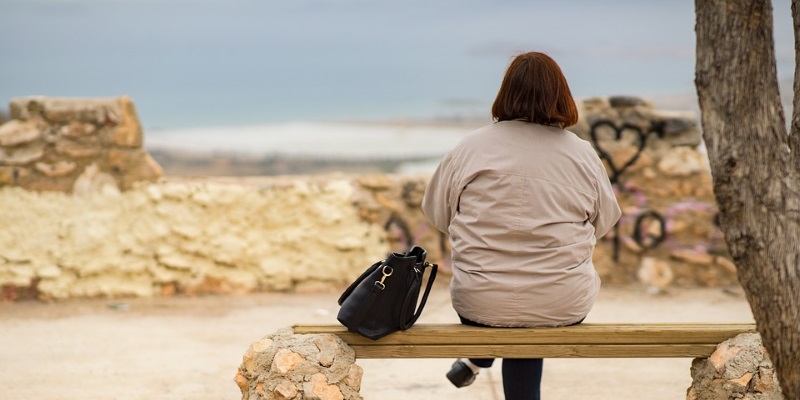 What any change involves is a shift in our emotions, and it’s not always good while it’s in transition. Once we set ourselves forward to reach our goals, doing so can excavate a variety of feelings, some that aren’t necessarily that pleasant, which doesn’t mean you should stop.

What many will do however, once going through negative emotions, is interpret them as signs that they should stop, which results in procrastination and defeat. Realize that this is the evolution of change and it can feel difficult. At times, experiencing bad emotions means you’re on the right path.

Difficulty To Focus
What adopting towards any major life changes does is requires effort and exertion, usually into unknown territory. What this effects is the right side of the brain, which results in a chemical imbalance.

Since the left hemisphere of the brain, is primarily used to perform practical tasks, what you begin to lose is common sense knowledge such as names or phone numbers, or you might just misplace things. What this means, is that there are changes happening in your life, which are deep, drastic and meaningful.

Feelings Of Stress And Anxiety
Feeling this way can be the result of a job change, deciding to start a new business, or a new relationship. What you’re forcing is your emotions to respond somehow. Anything that’s new, the brain will automatically respond negatively as a safety precaution.

What all this means, is that your brain and your senses are placed on high alert. What results is there’s an imbalance, which can result in stress, which eventually leads to feelings of restlessness.

Becoming Irritated
If you’re currently going through positive changes in your life, you’re then wondering why you’re feeling irritated by those close to you. The reason for this, is at times it’s those that you care about, is the reason why you’re wanting to make these changes.

They may be subconsciously discouraging you to make these new changes, because they don’t want to potentially lose you, which results in subtle resentment to surface.

Feel Scared And Alone
Once you begin to feel lost or alone during the midst of making a positive change, this uncertainty doesn’t necessarily mean that you’re doing the wrong thing, or you’re on the wrong path.

What you’re dealing with are new sensations and unknown experiences, new emotions and eventually a new reality. What all that results in, is a lot of emotions to deal with. You then begin to lose sense of what’s right or wrong, this to the point of you no longer knowing what you’re feeling.

The Need To Spend More “Alone” Time
You want to be left alone to introspect and analyze what you’re doing, this while making life altering changes and taking action on them, so you can grow or get better.

What you’re burning is a lot of emotional energy when making these changes, which leaves very little left over for human interaction. So you might need to spend more time to recuperate, this by meditating, yoga, or writing in a journal, this to remain mindful.

Questioning Your Acquaintances
Once you begin to make positive life altering changes, what you’re then doing is questioning the stance of your entire life, and how you choose to live it.

What this includes, is all of your current relationships with everyone that you know. You begin questioning whether they belong in your life or not, You decide if they’re positive healthy influences for you.

What your new “self” also needs is to readjust, so you can renew old friendships, or think that they’re no longer sustainable. Change is a difficult process, and moving on with your life can be difficult, but it’s also a sign that you’re on the right track.

Feelings Of Loss
No change or growth can occur, without losing something that you cherish. At times, the loss can be tangible such as the end of a relationship, or quitting that low paying job that you’re not that fond of.

Other feelings of loss are more intangible, such as finally losing that bad habit or poor behavior you don’t like. Although you know that making change, is the best for you in the long run, it often feels sad in the short-term.

Uncertainty Of The Future
Anything that’s unknown, not knowing what the future may bring, does is creates uncertainty. What you did was take something that was familiar, a known, whether it was good or bad, and you made changes. What you did was turned it into an unknown.

You have no idea where this new change is going, where this new path will lead you. What this does is makes the immediate future become a scary place. So if you’re feeling anxiety, then that’s perfectly normal.

Wanting Things To Remain The Same
What familiarity does is it breeds content, which is an extremely comforting human emotion that exists. Even if the familiarity happens to be negative such as a bad habit, it can often feel better than making a positive change.

There will be times, that you’ll want things to revert back to the way they were. Once it becomes complex or uncertain, the natural response is to regress back to previous people and comforts.

Have Intense Dreams
Having intense dreams that are at times negative, is the entire cumulative result of inviting new change and new emotions, that can have internal and external conflicts in the subconscious mind.

This is your subconscious mind telling you, that it’s attempting to understand, to decipher and work out all of the changes that you’ve made in your life, and it often does so while you’re sleeping.

Cutting Off All Your Close Relationships
As you begin to make life altering changes, emotionally, you might begin to doubt your ability to give all of your close relationships, especially if it happens to be romantic, the time that it deserves.

You may feel that they deserve more attention from you, or that you want more yourself, as things no longer fit into the changes that you’re making. What becomes important, is remaining mindful and not making impulsive decisions during this time.

What having uncomfortable negative feelings are, is a sign that you’re making progress and the right choices, even if it may not feel that way. It’s your minds way, once you feel uncomfortable or are wanting to be alone, is acknowledging that you’re altering the course of your life.