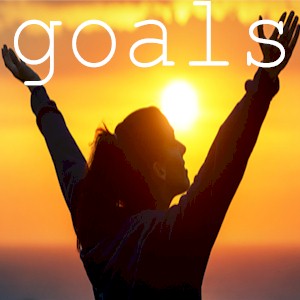 Some think that success becomes easier for those who have a pleasant personality, which isn’t saying you should bend and agree to what everyone says. But rather develop an attitude which is respectful to the opinion of others, while remaining true to your own beliefs.

Be as flexible as possible while staying in your range. Avoid being rigid, a stiff bore who can’t accept or adapt to another persons opinion, especially when it’s a better solution than your own. Be willing, even eager to learn something new and refreshing from them.

Changing your opinion in light of new facts is a sign of strength and maturity of character, not weakness. So always be willing to extend a helpful hand, become a team player.

Do so while developing a sense of pride and gratitude, and always remain polite while displaying empathy. Project your personality into this while being your own person.

Guard Against Any Emotional Responses
You, as anyone else can be at times susceptible to errors of judgement, this especially once you allow your emotions to react and get in the way. It’s also known that everything we do is usually a reaction based on our emotions.

But strong impulsive emotions have little room when making decisions, so hold them in check. Attempt to delay any decisions when you know that you’re in a highly charged emotional state. Learn to ignore or channel your emotions, and always use reasoning to arrive at your final decision.

Developing Enthusiasm
What enthusiasm does is it works like a magnet, what it does is draws in people and success towards you. It’s a personality trait that most people like and want to be a part of.

It’s becomes contagious if you’re enthusiastic. The people around you will also become enthusiastic as well, while becoming more cooperative to your ideals. What enthusiasm does is it sparks initiative along with singleness of purpose.

What needs equal attention is breaking your bad habits, getting them out of your life. What you need is to first assess them, this by looking at the ones which are counterproductive or may be displeasing to others.

What these offensive habits do is hold you back from reaching success, as they’re components of an unpleasant personality. Look for signs such as your poor grumbling demeaning attitude towards others.

Poor personal demeanor such as gazing at anything but the person who’s speaking to you, sneering or smirking whenever you don’t agree with someone, anything that’s rude and insensitive, yet these reactions are automatic.

It’s extremely difficult to assess your own habits accurately. After all, a habit is something that we’ll do without thinking much about it. So you need to spend some time becoming more conscious of yourself.

Ask someone that you know and trust to help you with this assessment by asking them what’s annoying about you. It may take a bit of effort to break yourself by removing these habits since they’re comfortable. The best way is to substitute a different more pleasing behavior in its place.

Steps To Effective Goal Setting
Goal setting is something that we constantly hear about and we need to do, to get better, but rare is someone who’ll actually sit down and then articulate what needs to be done.

Most will just yawn at the mention of goal setting, this usually because it’s usually the core basic behavior which is preached by the self-help gurus.

But why not just make a few realistic goals just for living better, to achieve more. What research shows is that most will usually set goals of the self improvement variety, which includes breaking bad habits, becoming healthier, improving relationships, to achieve something in the “bigger” picture of their life.

So what needs to be done is taking a few moments to reflect, to think about your life. Viewing the entire big picture and not the everyday annoyances. What do you see, hope to experience or accomplish.

Once you have a few things listed, then pick the ones which you’re the most motivated for, or the ones that you’re the closest to reaching, or really want to happen.

The Importance Of Goal Setting
Now that you’ve set goals, what you have is a definiteness of purpose. You’ve done your research so you know the exact steps to take to reach them. You have resolved to be flexible as well as committing to do everything you can to achieve them.

But just because you now have a clearer purpose, that you know what you want, and are willing to work on developing them to your fullest potential, this doesn’t mean that success will arrive at your doorstep overnight.

What you’ll most likely encounter when taking the first steps in achieving your goals is that you’ll need to take additional steps which lays the foundation to reaching them.

But since you’ve already analyzed the steps which you need to take, you most likely already know this, that it’s a work in progress. What you want is to advance through and then reach them as quickly as possible.