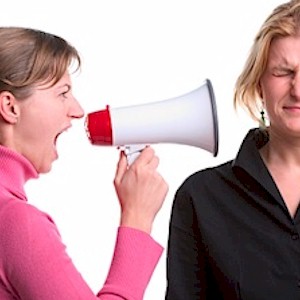 There are some who will completely hide from the glare, not express their public exposure, they remain silent refusing to show any signs of livelihood. They’re just not comfortable broadcasting themselves on social media.

But then there’s others who do so, and too often. What makes them feel like then need to. They’ll parade their kids or pets on Facebook as if they’re completely naive of the dangers, not realizing the potential hazards of such public disclosure. What satisfaction, accomplishment do they get from this.

The Displaying Of Yourself
What we live in is a culture which prizes modesty, while also valuing the display of self confidence. Those who choose to put themselves down, or won’t acknowledge their accomplishments, can be interpreted as being modest.

Doing so can also be an attempt to manipulate their friends, followers, or listeners into praising them more, which feeds their self esteem. They like to brag but are being humble about it.

Is there a difference between constantly bragging about oneself and showing self confidence. What’s the divide between the two. What can we do when someone is constantly demanding attention, especially on social media.

Is It Confidence Or Narcissism
Realize that showing off or bragging at times can be a subtle way of putting others down. At times, it can be intentional, but even if it’s not on purpose, it can leave others feeling inferior.

Despite the social norm which is being humble, it’s found that it’s okay to report your accomplishments, provided that you’re not purposely attempting to hurt or demean someone on purpose.

This is one reason why most prefer not to be a show off. Although we live in a highly competitive world, we don’t like to gloat and make others feel inferior, just because we’re feeling good.

This at times stops us from sharing all the good things that our friends or families may actually want to know. Realize that there’s a fine line when it comes to showing off, and outlining your accomplishments.

Understand the competitive component that is bragging, which can help us in dealing with those who are constantly doing so. What’s the best way to share things which makes us feel better without becoming annoying.

Be As Modest As Possible
Instead of constantly tooting your horn, show something that someone else happened to of said about you. Studies show that when it comes to self gloating, it’s best that you present something stated by others, such as a testimonial.

Sharing your acknowledgements, such as “I’m so proud that my boss liked my report” which is better than, “I’m always one of my bosses favorites.” But this can backfire if done too often.

Know that talking about your recent successes can hurt someone who you’re sharing the information with, who has had a recent defeat, or is feeling bad about themselves.

For instance, you’re over the top happy about your new romance, while that’s totally understandable, it can be a complete blow to someone you know who just had a recent breakup.

Learn To Listen More
Give them the opportunity to talk about their own achievements. Research shows that there are physiological reasons why we enjoy sharing our wins, our best experiences with others.

What they found is that the “pleasure” areas of our brains will ignite once we begin talking about ourselves, such as show off our pictures on Facebook, and then getting plenty of comments or “Likes.”

So as a result, what we want is to tell everyone about all good things that are happening to us. Although it may make others feel good about your success, you should also encourage them to share their good experiences as well.

Facebook Is All About Showing Your Best
And not your flaws. Social media is a platform where showing off everything that’s good about your life, and not how miserable it is. Posting about how perfect you are feels gratifying and rewarding.

But since you’re not able to gauge how you make someone else feel, you may inadvertently be making them feel bad, as well as creating competitive envy among them.

So it’s best to share as discretely as possible, just keep the showing off or gloating at a minimum, and not on every post that you make. Instead, invite you friends to chat, ask them what they’re up to.

I’m Better Than You
Once someone attempts to “show off” on you, then reply with something like, “Wow, congratulations, you must really be proud of yourself!” and then share something that you’ve accomplished yourself.

It might quiet them down, but if it starts a battle of who’s better, don’t bother to engage. Just reply with, “Yes, looks like we’re both doing pretty great!”

Even if they continue with the online war of words, you should remind yourself and them that they’re not the only one who has something to feel good about.

There are some who has a need to display their “perfect” lives on Facebook, to put it on public display, which can become annoying and disturbing. Blame it on a lack of self esteem, or they need to seek that glory and the gratification of how great they think they are.