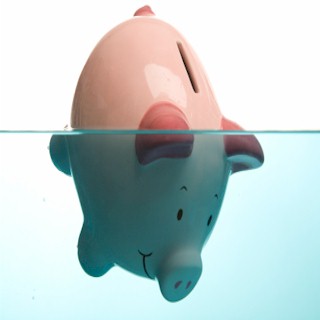 What school teaches is all about the world. Every facet of existence is then discovered, graduating one to become a fully fledged adult human being. It lays down the ground rules, teaches one how to mold personality, maximize aptitude, all to fit into society. Then the cord is cut, and we’re released into the uncertain volatile world out there.

What education fails to teach, is how to gain financial independence. How to earn, learn wealth management, invest, and save for retirement. As a result, reaching financial security escapes many, this once the purse strings are cut. What usually results, is jumping into the dark vacuum that is debt.

What’s known is that financial responsibility, is the most critical life lesson one can learn to live a life of freedom. It’s cited as one of the most sought after goals in life, yet it’s rarely attained.

What’s needed is a blueprint to setup a life of success, as ultimately what life boils down to is eat, work, and sleep. The quality of these life pursuits, depends on how one chooses to lay down their path.

Consumption
What everyone has are options, on how they choose to spend their money. Most purchases are consumable items, which includes the necessities for survival, such as food, transportation, and housing. Others include entertainment, vacations, and hobbies.

These items are considered staples, this to live another day, this to exist on a daily basis. What they consist of, are items which satisfies the things we want, or improves our lifestyle.

What everyone also has, is the option to use a portion of their income on investments, such as revenue generating real estate, stocks, interest bearing bonds, or businesses that produce revenue.

The Money Options
What choosing to spend on “consumption” items, does is results in reducing ones total assets and net worth.

Choosing to spend on investments, does is increases net worth. What everyone has is a choice, of either spending frivolously or saving for a rainy day.

The best spending behavior it’s found, are those who chooses to maintain a balance between spending on consumables, while also investing their money.

Different Spending
What should be known is the difference between consumption and investment spending, and choosing how to allocate the money. What’s required, is becoming mindful while spending.

What consumption spending does is satisfies ones immediate lifestyle, such as driving a new car they can’t afford. This by getting a loan, paying interest, going into debt, which becomes a liability. What investment spending does, is generates income.

Shades Of Grey
There’s also an area of spending that’s a “grey” area, as whether it’s consumption or an investment. What purchasing a new home for instance, is considered by many to be an investment, while financial experts claim it isn’t.

The house purchase is most likely mortgaged, so the repayments become a liability. The upkeep of the house becomes a costly expense. There are insurance and taxes which are payable on it. For it to be considered an investment, revenue needs to be generated from it.

If the house is “flipped” in a few years, this to make a profit on its appreciated value, is when it’s considered an investment. However, what’s needed is purchasing another house to live in, so one really isn’t any better off.

Investment Spending Needed For Building Wealth
To build wealth, what becomes necessary is making investments. The more that’s dedicated towards investment spending, the quicker that the wealth will generate.

However, if too much goes into spending on investments, and not enough into consumption, what then becomes sacrificed is the quality of lifestyle, so there needs to be a balance.

Accumulation Over Time
The majority of people aren’t born rich. Those who inherit wealth, usually don’t appreciate it. Some beat the massive odds and wins a lottery, but since they haven’t worked for it, will quickly spend most or all of it.

The one thing that everyone has in common, is that the “time” clock is ticking away, and considered an enemy to all. What it comes down to, is how one manages this time.

Likewise, at the age of 21, someone invests $1,000 every year at a return of 10%, but also invests an additional $100 every month. Once they reach 65, they’d be a millionaire, this without doing anything.

Option “C” however is what most people take, and that’s doing either. The same amount of time passes, but what’s not accumulated is the wealth.

So the key to investing, is deliberately setting aside small amounts of money that’s affordable, and then allowing the money to accumulate, this rather than spending frivolously on consumables.

Time And Investment
Most who are 21, doesn’t think about investing, even if it’s taught in school. The motivation just isn’t there.

What exists however, is wanting to earn as much money as possible. The theory of systematically investing every month, this to save for retirement, rarely occurs to them.

The perspective of investing, time, and the money accumulating once one reaches 65, becomes distorted. What’s preferred is making more money in less time, or hoping that lottery ticket comes through.

The Power Of Compounding
When investing, even if it’s just $50 a month, and the interest rate is 5% percent annually, there’s an additional factor at work that can generate income, and that’s compound interest.

Provided that the entire return is reinvested, and participates in the same rate of return as the original investment, what’s realized is the magic of compounding, this provided none of the money is withdrawn.

Is Growing Up In A Dysfunctional Marriage Worse Than Divorce