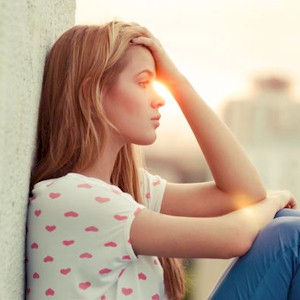 Today is one of those textbook beautiful days. The sun is shining, a slight breeze, the temperature is just right, a perfect morning. Even with the challenges that needs to be faced, you can’t help but looking up at the sky, and smile as the clouds chase one another.

What’s felt is that the days to come won’t be as perfect or comfortable as this day is. Yesterday was rather dark and dreary, with piercing streaks of moody weather, turning into persistent rain, the water generating into streams which fogged up the windows.

The days ahead may not be as bright as this one, but not as dark as yesterday. Some days are always better than others. Some will be worse, there’s no way of knowing when.

One thing for certain is that there will be change. There will always be ups and downs as nothing remains forever. That’s how life is, the good times are violated by the bad. Every now and then there’s turmoil, but they seem to pass like always.

For The Good Times
The key is enjoying the good times as much as possible by making the most of them, while tolerating the rough times knowing that they’ll invariably pass.

But what generally appears is that the good times seem to go away too quickly, while the bad times linger for longer. We know that time doesn’t stand still, so it’s how we choose to experience “time” which makes it just seem that way.

Sitting for five minutes in the dentist’s chair may feel like an eternity, while spending two hours watching a movie may seem like minutes. So what it comes down to is a matter of focus.

To Justify Time
Once we encounter a difficult situation, the tendency is to focus intently on arriving at a solution. While doing so, we become tense as the anxiety builds, which ties our stomach into knots.

Once this occurs, we tend to become fearful, frustrated, and at times angry. The issue becomes we’re attempting to force feed a solution, this instead of allowing for a solution.

A Waste Of Time
Anger spews and if it’s prolonged, becomes harmful to the body, mind, and spirit. What’s known is that natural anger on average will last around seventeen seconds. Anything beyond that becomes a reaction to circumstances or remembered situations.

Fear is one of the deadliest foes. Especially the type which causes us to stay awake at night, while conjuring up at times harmful consequences which could potentially happen, this because of the unsolved problem.

This type of fear is extremely dangerous, self-defeating and pointless. What it does is rattles our very foundation, which then needlessly drains out our energy.

To become frustrated is natural, provided we don’t dwell on the frustration for long. It’s similar to getting a flat tire while driving in a rainstorm, then getting out of the car becoming soaking wet, while kicking the side of the car for the tire being flat.

Dealing With Problems
The first step is to disconnect yourself from the problem itself. This by not pretending that the problem doesn’t exist, since it obviously does.

But instead to gather all the facts and then step back. Release the focus you have with it, which then allows your subconscious mind to work towards a solution.

If we allow our minds to intently focus on the problem and won’t let it go, this even for a few moments, what we’re denying is the subconscious to resolve the crisis. So we need to let it go, take a break from thinking about the problem.

Do whatever you can so you can break this focus. Since everything that moves has energy, including our problems, if we focus on the problem for too long, we energize it, making it stronger.

By switching our focus elsewhere, we’re shifting our energy away from the problem, and instead energizing the solution.

The Problem Doesn’t Matter
This problem could be big or small, micro or nuclear, it doesn’t matter. What the universal force knows, is the answer to every problem that we could ever encounter on this earth.

So the magnitude of the problem isn’t important. What’s important is how we view and deal with the problem. Begin by completely withdrawing your attention from it, regardless of how hard that may be.

To Solve Problems
During this time, don’t look at the facts as you already know what they are. Just look away and do or think of something pleasant, such as listening to music, go watch a movie, go for a run, read a good book.

Do whatever you can to remove yourself as far away from the situation as possible. Then you’ll notice the problem beginning to lift, become lighter, and you’ll then come up with the guidance to overcome the issue.

The problem could be you can’t afford to get your car fixed, a close friend or relative is battling poor health. It doesn’t matter what the issue is. Just remove the focus, force yourself to be calm and quiet, and allow the solution to flow to your mind.

The Belief Of Resolve
This is a proven workable solution which just needs practice. As almost magically, you’ll begin to feel a shift as things will start to change. You’ll feel better, more hopeful, think more clearly, while getting the resolve that you need.

You have nothing to lose, while empowering yourself to solve your own problems. Then the next problem which you’ll no doubt face, you’ll know how to effectively deal with it.

What you can allow is the misery of stress to overcome you, or you can step back and then resolve the situation logically.

How We Forget Our Dreams Once The Reality Of Life Interferes