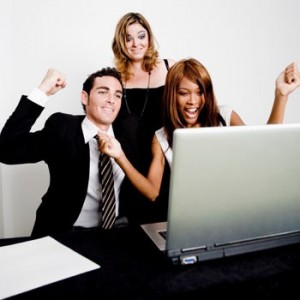 The employees first concern is to put food on the table, meet the basic daily requirements, and that’s why they show up to work everyday. So beyond that, the real battle for you as an employer, or manager, is to get and keep these employees motivated, and active with their daily work, which doesn’t require an increase in salary.

There are certain effective prodding methods which you can apply that appears to work, while being relatively easy and inexpensive to implement. This provided that you understand money isn’t really the root of their motivation.

The core fact is, when it comes to one’s occupation, it’s been discovered that nobody really generally works just to get paid at the end of the week. People instead want the thrill and accomplishment that’s involved in their duties rather than collecting that paycheck.

The reason being that once their needs are covered, such as, bills and expenses, good food, decent clothing, comfortable shelter, it’s been discovered that the majority aren’t really interested in buying more things, other then the items that makes them happy.

So once they go beyond the basic survival mode, and they’re met, the employee’s only motivator that money has on them is they’ll view additional money as a vehicle for making them feel better.

This is the reason why it may be easy to motivate employees without needing to pay them more. All you need instead is to create ways on how you can make them feel better about themselves, that dangling carrot, when they’re working.

The way you can do so is to develop new and exciting opportunities which will recognize good performance, as well as connecting your employees to each other, and perform beyond the “mission statement” of your company.

Creating Employee Recognition
Once an employee happens to accomplish a preset goal, allow that employee to recognize another employee who may of provided the most help to them being able to achieve it.

For instance, in someone happens to make a big sale, that salesperson could pick out someone who’s in the sales support department, and present them with a free lunch, or allow them to go home an hour early on Friday.

Even if the reward is relatively small, it will provide that extra motivation and the recognition for both employee’s, and it’s fun to do.

Have Informal “Strategy” Meetings
These meetings are typical held on Friday, after work at around 5:30PM, usually in the back room of the local diner or bar, which leads to liquid refreshments.

Employees along with the managers can gather and sit wherever they like, order a beverage and food which they will usually pay for themselves. What will inevitably happen is that the discussion will generally turn towards work, while people will naturally relax as the evening continues.

What this does is it creates bonds ensuring better communication between the employees of different departments and managers. It also creates a feeling that everyone is in it together, with friends.

Performance Perks Based On Position
The majority of companies will offer “perks,” such as a better parking spot, or a fully catered picnic disguised as meetings, which are generally reserved more for the managers and executives only.

If you provide these perks just for the high profile positions in the company, then you’re completely alienating the rest of your employees, since just the managers are eligible for those rewards.

So instead, if you offer these perks based on outstanding performance by an individual employee instead, you’re then motivating them to excel at their own jobs, regardless of what they do, or whether they will ever need or want to become a manager to get them.

Creating A Fun Productive Work Environment
Managers tend to make simple ideas a lot more complex, they call this “gamification.” Translated, setting up some type of a point system while displaying the results which can be seen by everyone, much like an internal competition.

This is also common to those in sales positions, as doing so is an effective motivational tool. But companies are now beginning to apply the same concept to the other departments as well.

For instance, say that one department are a group of computer programmers. You might decide to award points that’s based on how well that their software passes quality control tests.

Research has shown that the most effective of these “gamification” strategies involves some type of competition between the different groups or departments, rather than between individuals. This because you may just end up motivating individual employees to sabotage others, creating unneeded office politics.

Show Employees Their Accomplishments
Individuals will always feel better about themselves and become more satisfied and happier with pride, once they see and know that what they’re doing is making a positive change in their department, and the company.

So because of this, if you have an extremely satisfied customer, then invite them to visit your company, or ask them to make a video, offering their testimonial. This will give thanks to the entire team for their efforts and accomplishments, and how well it serves the customer’s needs.