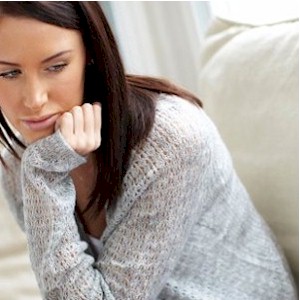 Having anxiety symptoms is considered a disorder, which is differentiated based on the expressions and the content of the fear. It’s found that what an anxious mind shares in common are basic critical thinking errors, so the key becomes knowing what they are.

One core common denominator when it comes to anxiety is worry, the fear of the unknown, wondering what’s about to happen next. But worry can also be considered an effective method of problem solving, where an individual takes action or makes adjustments.

We feel anxiety once we anticipate that something bad will happen, and then plan accordingly to prevent any potential harm. The problem with constant worry is that it’s all about future events, a future that no one can control or predict.

The harder that you try not to worry, ironically, the more that you do. Once you feel tired or feel pain of some type, any negative emotion, what it does is it fuels the worrying.

Being Uncertain
What worriers detest are the feelings of uncertainty. They feel that they need to continue to worry until all that uncertainty has been lifted, resolved. Some will stop worrying about a particular issue, not because they think it’s been resolved, but because they’ve moved on to worrying about something else.

Magnification Of The Uncertainty
Whenever we become anxious about something, phantom or not, we overreact to the likelihood of the perceived threat happening. How rational that the worry is, can be judged on the accuracy of the persons perception.

Those who are anxious will usually exaggerate the severity of the danger in their everyday situations, such as thinking that a rapid heart rate leads to heart disease.

How it’s blown out of proportion is when they begin asking themselves automatic questions such as “what if,” as they think the extreme worse case scenarios.

So the key is to catch this distorted thinking before it can fester, which is a vital strategy when it comes to reducing anxiety. You can reflect on all of your own misfortunes in your life, and realize that most of them never even happened.

Constantly Jumping To Conclusions
Jumping from one conclusion to another is the only mental exercise that some people take. Those who are anxious experiences uncertainty with a higher degree of stress, and they’re only motivation is to reduce or eliminate the discomfort.

When it comes to solving a problem, they’ll accept the very first conclusion that makes sense, rather than logically thinking it out. There’s also a constant search for relief, attempting to obtain reassurance.

Those who are highly anxious are also more likely to believe and endorse superstitious beliefs, such as crossing their fingers, etc.

Panic Under Pressure
If they’re placed under too much pressure or given too much attention, they’ll begin to “choke” when they need to perform. When they’re bored, and things suddenly begins to elevate into anxiety or fear, they begin to panic. Once someone worries, then the results will usually be bad.

Whenever a situation is boring, the mind will remain unfocused, but once it becomes stimulated, the focus becomes too narrow, and all the vital information is lost.

The best situation is being moderately aroused. Talking to someone who’s not focused is uneventful. An anxious person can’t perform since they’re obsessed with managing their anxiety, so when they should be listening, they don’t.

Negative Interpretation
Those who suffer from high anxiety will tend to interpret common ambiguous events as threatening, taking them as being negative. Those suffering from social anxiety will interpret a comment such as “that’s an interesting shirt,” as negative, as in it’s ugly.

Those with low self-esteem will become highly sensitive when ignored by others, as they’ll monitor for signs that they’re not liked. Internal distorted belief systems which provides inaccurate views will produce anxiety disorder.

Always On The Defensive
Those with anxiety will always see issues as being external, with very little input or opinion coming from them, their own inner world. They’ll use a defensive strategy, projecting to attach their own unacceptable thoughts or intentions towards others.

This act of projection is a type of distraction which allows them to ignore the real problem that resides within. This realization should be taken as an opportunity to take responsibility, while developing tolerance towards their aversive feelings.

Begin Avoiding Issues
One of the most common ways of dealing with anxiety is avoidance, such as procrastination, playing it safe, putting things off, or getting distracted.

Those with social anxiety, will just avoid certain social situations. They’ll do so at the expense of harming their personal or professional life. Those who worry find that the more they attempt to run away from their anxiety, the worse that it gets, and then their world begins to close in.

Lack Of Confidence When Challenged
Whenever one begins to feel anxious, they see themselves as weak and unable to function properly. The greater that their doubts are when it comes to their level of competence, the more that they’ll worry about the outcome that’s about to take place.

Someone who thinks that they’re competent, has confidence, are less worried about failing that exam, for instance. Once a confident attitude is adopted, then the individual focuses just on the positives of the situation, assuming greater control and success.

It’s All Up To You
Anxiety is considered more a disorder where one has a choice. What fear and anxiety does is it impairs one’s judgment. Once someone is influenced by anxiety, then they should be avoiding making any major decisions until they’re in a more calm stable state of mind, as it can deliberate the ultimate goal.

Common Foods To Avoid If You Want A Good Nights Sleep