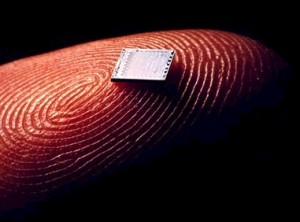 There has been just a few technological marvels that’s been invented which has been quite as pervasive as the mighty little microchip. This vital tiny electronic device can be found virtually everywhere that’s electronic driven these days, as they dispense and direct large varieties of electronic functions. It’s made life extremely easier for absolutely everyone, by improving the way that we work, how we relax, travel and communicate.

Microchips are found in devices anywhere from dog tags to cell phones to refrigerators. They are responsible for governing processes by providing electronic functionality to a variety of powered devices. When the reliability of such components are high, there is an interesting balance that is created, based on a supply of the products.

Japan A Major Microchip Manufacturer
So when unforeseen Acts Of God strikes somewhere along the the supply chain, there are huge global ripples and effects that are felt. We have witnessed this time and time again when there is tension in the Middle East, causing a sudden spike in oil prices due to demand and anxiety. No, not all of the oil comes from the Middle East, but a large percentage of it does.

It is the exact same with microchips as well as other types of electronic devices and components. When just a small portion of the supply chain is affected, the entire world will eventually feel the effects. And, there is a significant large part of that electronic supply that now lies in ruins.

So as we all know on Friday, March 11th, 2011, the North East region of Japan experience a massive 9.0 magnitude earthquake. Mere minutes later, the entire region was struck by 30 foot high tsunami waves which swept in 10km inland, laying absolute wastage to anything and everything in its path.

This catastrophe, which was the most devastating situation and setback for Japan since World War 2, actually shifted the entire globe 10cm off its axis. The damage as well as the massive loss of life in this region of Japan is still growing daily. The clean up operations, rescue and eventual rebuilding is expected to take decades. The death toll as well as the missing is closing in on 30,000 and the damage in the several billions.

In addition to the tsunami and it’s damaging aftermath, Japan is also facing a serious nuclear crisis at the Fukushima Nuclear Power Plant, which is still leaking radioactive material directly into the environment.

The scale of damage and devastation is almost incomprehensible that this small industrial nation experienced. Large corporations as well as the governments from around the world are rallying by offering assistance, both physical as well as financial.

The effects of this disaster will be felt for generations, and they will stretch globally as well. One of the bigger areas that will be deeply affected is the electronics industry. The Far East lead by Japan are the driving forces of electronics manufacturing, with the majority of the prominent electronic manufacturers that are headquartered as well as operating production plants in Japan. The majority of these electronic manufacturing plants were in the affected region.

Electronic Plant’s Production Slowed
One of these larger manufacturers of electronics in Japan as well as the world is Sony Electronics. The company not only produces a dynamic array of electronics, but also small components which are used by other manufacturers as well. Sony recently issued the following statement in the form of a press release: “Operations at Sony Corporation Group of companies as well as facilities has been affected by the Earthquake and its subsequent tsunami. Sony is actively monitoring its status, while considering the most effective of recovery measures. Sony is currently evaluating the complete impact of the earthquake and tsunami on Sony’s businesses as well as consolidated financial results.”

Some of the other electronic products which were directly affected were, semiconductors, optical devices, batteries, surface mounting equipment. Some of Sony’s plants has also been hit by ongoing power shortages.

Canon, the global camera and electronic products manufacturer also had numerous plants that were shut down right after the tsunami, as they established an immediate Earthquake Recovery Force to evaluate the damage caused by the disaster. Other companies which were directly in it’s path were television component manufacturers Hitachi, Toshiba and Panasonic, as well as Nikon, Fujitsu and Casio.

The majority of these companies are actively scaling back in an attempt to assist with the ongoing power failures and shortages which are caused by the Fukushima plant damage. As restoration and the rescue operations progress, some of these companies have announced dates on when they plan to begin production back up again, but for now, the electronics industry is severely hampered.

Worldwide Shortage Of Electronic Components
As Japan is one of the major reliable providers of electronic components to the world, there are several manufacturers scattered across the globe which are already facing shortages. Manufacturers such as Apple, who are busy rolling out their highly anticipated products, may now face shortages due to the slowing Japanese production schedule.

Electronic components such as touch screens and microchips are amongst those that are in short supply, resulting in Apple as well as other major computer and phone manufactures to schedule slower production.

The aftermath of this production slow down should be cause of concern to the end consumer as well. There are numerous industry experts predicting that the actual supply problems may eventually reach the end user around the summer or fall of 2011. As this impact eventually reaches the market, demand will obviously begin to outstrip the supply, leading to substantial price increases on virtually any electronic goods as well as components.

While Japan doesn’t produce all of the world’s electronics supply, they do account for a very large portion of it. The effects overall of the earthquake will be experienced as time passes, and when the world feels the impact of shortages of popular electronic consumer goods.

On the whole, the very devastating nature of this disaster will eventually impact the entire planet, everywhere from entertainment to technology to military applications. But all this really pales in comparison to the human tragedy that’s occurred in Japan, with the lives lost as well as the massive amount of damage, threatens not only Japans economy, but the entire financial global situation as well.

The Tablet PC War And Revolution Is Beginning... Really!