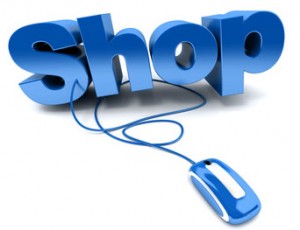 Group deal sites as well as Flash sales are now running rampant, all promising products or goods and services, a hot meal or even luxury items at deep deep discounts, provided that you participate in their offering and share it with your friends. If you are interested in participating, here are some tips on how you can use these instant savings inspired Websites to your best advantage.

So on a day not too long ago, say the day before yesterday, there in your e-mail box was an offer for 25% percent off your meal at that fine new Bistro ‘Chef Laura,’ that you’ve heard good things about. You also received an offer just yesterday for a $12.50 coupon, good for $25 worth of imported Italian coffee from a high up-scale Cafe Bean Shop. There was also a deal for 50% percent off an oil change, how about 20% off designer handbags?

Almost everyone is now getting involved in these two relatively new ways of online promotion for offering e-commerce services. They are those now well known localized group deals, from sites such as Groupon and it’s closest competitor Living Social. These sites will usually offer coupon discounts in areas such as restaurants, personal services and activities targeting specific cities and local businesses. Flash sales on the other hand, with coupon deals offered by sites such as Haute and Gilt Groupe, offers more tangible ‘designer’ type of products all in real time, with usually deep discounts.

Group Discount Sites as well as Flash Sale sites usually offer excellent deals to their registered shoppers who checks their e-mail regularly and then pounces on a particular deal that they like. Both of these online offer sites require the users to register to be able to gain access to the discounts on the various merchandise or services offered from an ever-changing and growing list of online vendors.

The ‘Group Discount’ deals will usually last for just a day or two, while ‘Flash’ merchandise deals will last for a few days or until the inventory runs out. The majority of these ‘Deal of the Day’ sites will send out daily e-mail alerts along with links to the latest current offers, and you are required to pay immediately for the merchandise or coupons.

The group discount type of sites and the flash sale sites actually differ in several ways.

‘Deals of the Day’ Group Discount Sites for Local Buyers
Group deals are local city specific offers from neighborhood businesses. A vendor who may have national distribution methods may also decide to offer deals in multiple markets or cities, but the sites will usually ask you what city or area you live in when you sign up, and will then ‘Alert’ you with deals in your area.

Facebook as well as Google, with their Google Instant are now even testing out a Groupon like platform. Facebook is currently developing their own version of Groupon, which they’re planning to call ‘Buy With Friends,’ which encourages you as a member to share daily limited special offers from local e-commerce companies with your Facebook friends for deep discounts. This move represents yet another threat as well as more competition to the originator of the popular online coupon format platform. This new feature will allow Facebook members to be able to “unlock” deals, and then share them.

Most of these offers will usually come from small businesses, who consider it an advertising expense, and are looking to expand their business but can’t afford the more expensive traditional mass-media type of marketing methods. For most of these businesses, the income that is lost when a coupon holder decides to cash in, is considered an ‘affordable’ marketing expense, as they have gained a new customer who hopefully returns again.

Some of the customers purchasing the coupon may already be returning patrons, while some will be new, which is one of the marketing pitches used by Groupon. Groupon also states that the participating merchants can look at the various subsidies that go towards those returning customers, as more of a loyalty program.

The coupons which are purchased on these group deal sites will come with an expiration date. Groupon says that it’s not in a merchant’s best interest to impose a deadline that’s too short, as those who purchase the coupon and can’t use it, are unlikely to become a repeat customer.

Does All Group Discount Coupons Have To Be Honored?
The majority of the Groupon coupons for say restaurants, usually have a shelf life of around six months, so if you don’t use that coupon during that time span, the merchant will usually still honor the discount. So if you happened to of paid $15 for a coupon that’s worth $30, the merchant will subtract $15 from the total bill once you present the coupon, even after the expiration date. (This policy is actually a law based on Gift Cards which these coupons fall under in some States.)

Flash Sales Flood
So what are Flash Sales? A flash sale are time-limited offers offering high discounts for merchandise which are usually designer or even luxury items in nature, but are obviously not exclusive to them. The system is usually a ‘win-win’ situation for both the consumer and retailers. The retailers are able to build brand loyalty while at the same time, being able to sell their surplus stock within a limited time span. As flash sales are a way for retailers to dispose excess inventory, these sites act as the Internets version of the Outlet Mall for unsold items.

Since these discounted items are available just in limited quantities and usually for only a couple of days, consumers will have to act a lot more quicker than at a traditional online e-commerce site, which can ultimately lead to impulse type of buys.

Be aware that the product the seller may be offering at times may not be a bargain at all. So instead of jumping quickly on the deal, it’s advised that you at the least do a price comparison check for the same product elsewhere online. You should also find out what the return policy is as well, as you would with any other online merchant. Flash Sale sites are actually pretty good about accepting returns, provided that the item be returned in its original condition. For some shoppers, the recent economic recovery may mean that these luxury items on the flash-sale sites may rapidly dwindle. Regardless, these sites are well much worth it to check out.