Darn You Facebook How Dare You Ruin My Perfect Relationship 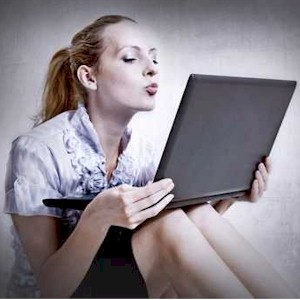 Facebook is the great reveal, it’s completely transparent and it can expose everything. What you don’t intend is to snoop or stalk on your online friends, current relationships, partner, or that person of interest. What they do is none of your business.

But it happens. You also have friends you know that frequents your timeline along with others discreetly. You wonder why that someone of interest, will comment or place a “like” on a certain mutual friend’s status, but won’t bother to comment on your status. Why?

What Facebook does is it create relationship anxiety, pushing you over the edge. You’re monitoring to see if you get “liked” today by someone. What if they didn’t “like” you at all, but “liked” someone else. What the heck, are they now withholding their “likes.”

You begin to think that the friendship is in peril, or they’ve just moved on. These the obsessions of the chronic Facebooker, this as crazy as it may seem. These pointless Facebook relationship dramas occur on a daily basis to bright emotionally stable people.

The Trouble With Facebook
So what is it about Facebook which turns usually normal adults into this mindset, with a propensity towards becoming a stalker or a private investigator.

These the dangers of the instant availability of information and the anonymity that Facebook provides. No one knows that you’re looking at each others updates, as they usually won’t bother to comment or “like” it.

This allows them to snoop, and then create stories regarding what each others Facebook activity means. How come they’re going to that event, and why weren’t you invited. Why did they join that group.

There are now a growing number of people who are having these anxiety issues. Regardless of how ridiculous this appears to non-Facebook users, these types of interactions are meaningful.

Facebook The Big Easy
Facebook has become the easiest most convenient way of staying in touch with those who you don’t see everyday, while also being updated on people you don’t know, finding their activities entertaining.

The best rule of thumb on Facebook appears to be, don’t do anything that you wouldn’t want someone see you doing in real life, especially if you care about them.

So if you happen to write a comment on your ex’s profile, that you miss them, and once your current partner sees it and you know they will, it can potentially damage the relationship.

Dammit It’s Just Social Media
Most yell it’s just Facebook. But what Facebook suggest is it makes it’s own unique contributions, this when it comes to failing relationships.

There’s even a Facebook Fanpage called, “How many relationships does Facebook ruin every year,” which now has over 100,000 “Likes.”

Facebook has even been known to play havoc on marriages, this usually because of over liking or over sharing. Not everyone enjoys or are wanting their relationship to be played out on the Internet.

Your Behavior On Facebook
So are you over sharing too many private details of your life, which can make your partner or others feel uncomfortable or jealous.

Flirting on Facebook is common. Facebook allows people to get overly bold and familiar with each other. Actions which usually plays out differently if in real life or in print.

Your partner can handle you being dazzling at a party, but you openly flirting with others on Facebook, can create a rift in the relationship.

You posting all those flirty comments on Facebook can appear to be just fun and meaningless, but doing so has created misunderstandings which has exploded into arguments.

This Is Your Brain On Facebook
Facebook has gone beyond being addictive. The reason being that there are certain chemicals in the brain which are activated when using Facebook.

The giddy that’s activated in the brain is dopamine, which is an organic chemical that’s released and associated with pleasurable feelings.

Whenever you view an attractive face or a cute puppy, dopamine is released in the same manner that your mouth waters when you eat something that’s delicious, or once you exercise.

Facebook The Rush
What we’ll do is post our profile and photos on Facebook, and then select those we know to become “friends.” When we click the “Add Friend” button, there’s a genuine rush of adrenaline.

There are also times on Facebook which are sad, sympathetic, or trying moments, which are shared as well. What secretes is another brain chemical, oxytocin, which is the “empathy” hormone.

What supporting others when in times of crisis does is it helps mitigate the pain, which is caused by the release of cortisol, which is the stress hormone.

What Facebook does is it plays havoc to our minds, making us believe that there’s loved ones among us, which is essential for our survival.

We’ve Evolved To This?
The human brain has been evolving for thousands of years, this before cameras were ever invented, let alone Facebook.

So the brain knows the difference between a seeing a photograph on Facebook, and seeing someone in person.

Inside the mechanism of the brain, there are mirror neurons which are triggered whenever we see someone express emotion, or whenever someone is engaged in a certain activity.

These neurons activate feelings of empathy along with imitative learning. Whenever we see a smiling face, what these mirror neurons will do is also force us to smile ourselves, this instinctively.

Feelings are contagious, and what Facebook activates are a hotbed of emotions, which beckons us to return as often as possible to check our newsfeeds, and we do so in droves.

Why The Good Boys And Girls Fall For The Rebellious Type

How To Get That Swagger That Purpose Back Into Your Step