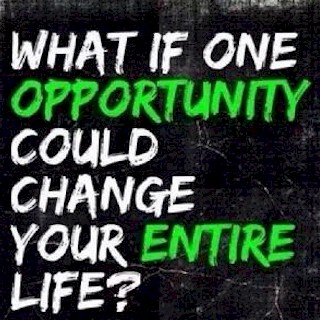 The world revolves once action is taken. Gaining knowledge will make you informed, but knowledge by itself won’t produce the results you want. One of the biggest myths when it comes to the information age, is that knowledge is power. Realize knowledge isn’t power, it’s only potential power.

We all know that talk is cheap, this to the point we no longer understand the true context of the phrase. We’ve heard it so often, we no longer pay attention to it any longer. The fact remains, that talk means nothing. It’s easy to just talk about things, and as a result, a lot of people will. Most “talk the talk” but won’t back it up.

We do so because we know that words are worthless, that they don’t have the power to create anything tangible. It’s only once the words are backed up by taking action, is when there’s the possibility of creating results.

To Generate Knowledge
What’s known, is that most of us are good at gathering information. We become proficient at accumulating knowledge, hopefully which can help us. We choose to learn something, fill our minds with data, believing that the information can enrich our lives somehow.

When pursuing this knowledge, what we’ll often do is continue to perform yet more research, this to the point we reach information overload. Then we ultimately fail to produce the results that we originally wanted.

To Take Action
The key when it comes to accumulating knowledge, is taking action. Although it’s true that gaining knowledge makes us more prepared and informed, but knowledge by itself, regardless of how valuable it is, remains useless.

One can consume their entire day gathering knowledge, believing that information is king. This is true only to a certain extent. Knowledge isn’t power, but it can be once it’s acted upon.

Those who succeed in the information age, realizes this. Everyone can now get access to the same information they can, but it comes down to what what you do with it, that makes all the difference.

To Process The Data
What anyone can do is research any type of information they want, as it’s readily available at their fingertips. What most fail to do with the information they’ve gathered, is take action on it. What taking action does, is produces some type of result, good or bad.

When you take action, what you’re doing is turning an idea into reality, this by using your will to do something, this to achieve some type of specific purpose.

Every action has a cause and effect. The end result is what you’re really interested in. You’re not interested in knowing if you can become wealthy, what you want is to experience, see, and feel it. The satisfaction becomes turning your ideas into substance.

Knowledge Needs Action
There’s a gap between knowing what to do, and doing what you know. Most know what to do, this to make their lives function, but just doing so isn’t enough. What’s also needed is taking action on what you’ve learned.

Something intangible happens once you decide to take action on an idea. What you set in motion are a series of unforeseen events, where you have no idea what the end consequences will be.

Similar to throwing a stone in a pond, what the ripple effect on the water does is affects its surroundings, affecting everything that’s in the immediate area of that stone.

That single action, regardless of how insignificant it may be, can potentially have an unforeseen significant impact, even if it’s not immediate.

On a tangible level, what you get is some type of feedback, usually in real time. Real life experiences that you can learn from, this by taking that action. Things that you can’t learn from by just gathering knowledge, or reading books.

Test Your Knowledge
Your knowledge has the ability to be stretched, similar to an elastic band. But until you take action, you’re not using this knowledge to its full potential.

Information is external. Once you decide to transform this information and then act on it, is when it has impact on your life. Having intent simply isn’t enough.

We all want to experience, and doing so only comes from engaging yourself, this by activating your senses, this to experience the potential of life, and all its abundance.

Just One Idea
All it takes is just one idea to change your life, and it doesn’t need to be that complicated. All it takes is a good idea you can use, and have the courage to act on it. Rarely is it the key information you need, as it’s usually just a start of something new.

What you ultimately want are results, and this only comes from applying what you know. So don’t make the mistake of flooding yourself with information and knowledge, and not taking action.

Instead, focus your mind on doing something, applying the knowledge, this instead of accumulating more data. Then slowly feed yourself more information, this once you’ve taken action, and exhausted the previous knowledge.

After all, it’s not what you say you’ll do, but what results you get, which determines if you’ve achieved, or you’re just talking.