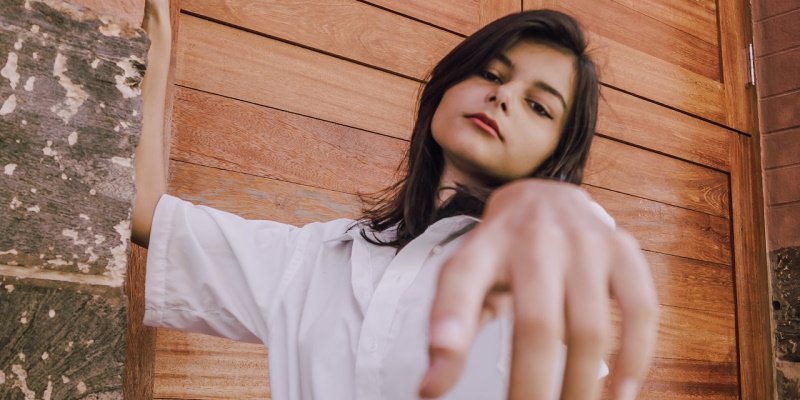 Everyone knows someone who they have a difficult time liking, because of their annoying or at times sour disposition. This person easily offends, comes across as aloof or cold hearted. They’re rude, has a big ego, as their aura of smugness precedes them. There’s not many who likes this person.

Now contrast that with someone you know, who you and everyone else who happens to meet them, instantly adores them. They’re extremely accommodating to get along with.

What they have, is a pleasant outgoing friendly agreeable personality. What is it that makes some more easier to like, while others not so much.

It comes down to a variety of personality traits. Elemental forces which identifies and reveals the fundamental ingredients, such as thoughts, feelings, and behaviour.

There are several distinct determinants on how a personality is developed, moulded and displayed, which reveals how likeable one becomes.

Traits Of A Personality

Someone who’s likeable has emotional stability, as they’re not vulnerable or prone to negative emotional experiences, such as anxiety or depression. This particular trait, once flipped, is known as being neurotic.

Other major traits of the likeable, is they genuinely enjoy being with others, as they’re warm and eternally optimistic, and outgoing.

They’re an open book, who values new experiences and people along with differing points of view.

They’re easy to agree with others, they’re cooperative, and won’t take offence towards criticism.

These people are constantly conscientiousness, punctual, forgiving and will fulfill every commitment they make.

Attributes Of The Likeable

There are times when certain traits the likeable possesses, may not be related to one other.

This means if you score high on being extroverted for instance, may not tell the entire story of you, such as being agreeable.

What it shows, is how your traits tend to correlate with one other, meaning if you show strong behaviour in one area, it usually translates into another.

For instance, someone who’s constantly open to new experiences, are likely to be friendly and cooperative as well.

To Have Emotional Intelligence

Another reason why someone is likeable, is they having high emotional intelligence, which is considered to be a counterpart of cognitive intelligence.

Someone who scores high on emotional intelligence, are extremely good at reading the emotions of others, while displaying empathy by knowing how they feel.

They recognize and express their compassion, while at the same time, are able to control their own emotional expressions.

The other is “ability” EI, which is the ability to demonstrate their emotional intelligence, such as reading the emotions of others, through facial expressions or mannerisms.

These are the two patterns, when it comes to the clinical research on those who are likeable. These theories are approached from different viewpoints of thought.

What personality trait research has focused on, is identifying all of the fundamental ingredients, which drives our typical modes of behaviour, feelings, and thoughts.

Emotional intelligence, is the ability of knowing and then reacting to certain situations. To be able to read and respond to the behaviour of others.

To Combine The Forces

What researchers have performed is a meta-analysis study, which brings together these two opposing forms of likeability traits.

What they aligned, combined, were the results from a variety of studies which included a host of participants.

They did so to examine the association between personality traits and emotional intelligence.

What the research study did was use factor analysis, which is a statistical technique that’s able to reveal how the individual questions, tend to cluster together.

For instance, what factor analysis reveals, is the answers given by the participants, on issues such as emotional stability, tends to be similar.

To Be A More Sociable Person

What everyone wants is to be liked, to fit in socially, to be accepted by their friends, family, and peers.

So what refining social skills does, is brings together a variety of advantages in life, most notably, to win over and positively influence others.

What this does is invites a host of opportunities to succeed in business, make friends, attract and build romantic interests and relationships.

If someone fails to achieve social competence, what that triggers is running the risk of failing in other areas of their life.

Knowing Who You Are

What becoming mindful of oneself provides, is insight towards better bonding human behaviour.

Doing so basically instructs you on how to become more effective at interacting with others, which is the key building block of being liked.

What being likeable and socially competent does is takes practice, as there are a variety of ways on how you can shine from the results, based on the various studies conducted.

The most obvious is once you meet someone especially for the very first time, you want to come across as pleasant.

To be liked, always be warm, open, and receptive to all the forms of personality types along with displaying emotional intelligence.

Basically, the general rule appears to be, not give off the impression of being socially uncomfortable, even if you are.

To Show Your Social Graces

It all comes down to how you present yourself, regardless of how much turmoil or uncertainty you feel internally at that moment.

Traits such as looking at others directly in the eye, a firm handshake, smile, while remembering and using their name.

Being likeable is one of the key factors to success, in every area of life. From getting invited somewhere or anywhere, getting hired, or fitting in with the cool kids.

It’s being liked, that opens the door to where you’re wanting to go or reach. Being liked is that magnetic force, which naturally pulls others towards you.

How Deciding To Take Action Forces Ideas To Become Reality