Developing Conflict Resolution Skills Once Someone Gets Mad
Skip to content 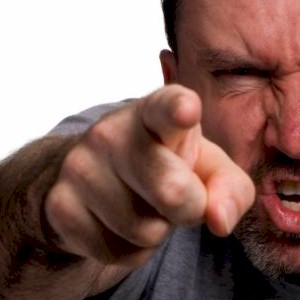 Becoming upset is a situation that nobody wants to face. Controlling the anger that’s rising in oneself or others becomes a critical skill in one’s personal as well as business life. Having a short fuse, getting easily ticked off can become a hazard to oneself and others.

Hopefully, it’s not an issue which needs to be dealt with on a regular basis, but the truth remains that the majority of people, especially when it comes to certain businesses, will encounter either their own anger rising or the anger of others they need to deal with.

Anger is an emotion which can be prevented or diffused, this provided that the right steps are taken. When successfully deescalating anger, one needs to understand its motivations to remove the anger related cause.

The Prevention Of Anger
Realize that getting angry is one choice in a variety of behavioral emotions that one can use, this to get something they want, usually attention. Getting mad is an act that has advantages for the user.

What anger does is it gets the attention of others, helps them to gain control, motivates someone, or demeans or makes someone feel small and insignificant.

Anyone who’s interacting with an angry person needs to identify their own emotions. If they’re also beginning to experience anger, then they’re falling into the trap and can’t be as effective.

Once they feel they’re getting angry, what they need to do is get their emotions under control, or they need assistance to help them manage the situation.

Assessing The Situation
What one needs to ask is if they can control themselves to avoid finding fault or criticizing the person who’s angry. Are they able to avoid becoming judgmental.

Are they able to control themselves to do something that they don’t want to do, while remaining emotionally removed from the conflict. Does the person who’s angry have the right to make the decisions.

Are they able to see the situation from the angry persons point of view, while understanding what they need or are attempting to satisfy. If not, then assistance may be needed to managing the person who’s upset.

Recognizing The Warning Signs
The majority of incidents of anger can be prevented by knowing the subtle changes when a person is about to get angry, this by detecting the person’s behavioral change.

Those who are quiet may become agitated, more aggressive or outgoing individuals may suddenly become quiet and introspective.

Paying attention to these changes while taking note or commenting on the change, could potentially help the individual discuss the issues so they won’t need to get angry.

Prevention goes a long way, while there are other times when there’s no warning signs when the person is suddenly triggered into an angry state.

Although everything’s been done to prevent the anger, some will think that getting upset remains their best chance for getting whatever it is they want. Once this occurs, then deescalation is required.

Intervention Steps To Prevent Anger
Active listening is a process of acknowledging and understanding what a person is saying. It’s the attempt to place oneself in the other person’s situation.

This involves listening, which involves attending not only to the words they’re saying, but also reading the underlying emotion along with the accompanying body language. By just being a sounding board and offering a willing ear, can often dissipate a person’s anger.

Acknowledgement occurs once sensing the emotion underlying the words that a person is using, and then commenting on it. One can say, “You really sound angry right now!” By acknowledging and attempting to understand them, that person can then bypass their aggression.

Agree when someone is angry, as there’s usually some truth behind what they’re saying. When attempting to diffuse the anger, it becomes important to uncover its core, and then endorsing it.

Once someone becomes angry, at times, attempting to reason with them becomes ineffective. But once the listener agrees, what’s removed is the resistance of argument, which can consequently eliminate the fire.

Apologizing can be effective. Not for the imaginary wrong, but sincerely apologizing for any situation that’s unjust. It’s acknowledging that something occurred which wasn’t fair or right.

Doing so also allows the angry person to know that you understand and are sincerely sorry, and as a result, they may decide to cease directing their anger towards you, who’s attempting to help.

Try inviting criticism, ask them to express their situation, allow them to vent. What might be said is, “Go ahead, tell me why you’re so mad, don’t hold back, I want to hear everything.”

This invitation at times may temporarily intensify the situation, if they’re encouraged to voice their frustrations. But eventually, they’ll run out of steam and complaints, so just allow them to vent until until they’re spent.

To Tame The Anger
Anger is an ugly emotion which can be embarrassing and inappropriate. There may be occasions when all attempts are made, but may prove unsuccessful in decreasing the persons anger.

Anyone who’s facing or intervening in an emotionally charged situation, should have a backup plan or a way of getting help if needed, and always remember to stay as calm as possible.

Someone who’s angry is generally capable of getting out of control. And once they lose control, they can usually sense that they’ve become intimidating, which only increases their power and control, which only escalates the situation.

The key is to remain as level headed as possible, act as if you’re in complete control of the situation, and then reason or be a sounding board.