Discover The Reasons Why Multitasking Isn't That Effective
Skip to content 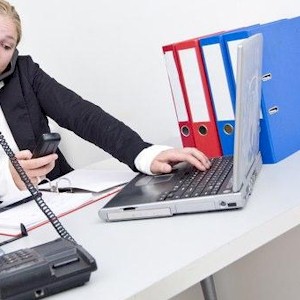 Most of us are now wired to the gills, we have technology pieces and devices hanging out of our yin-yang, believing we need to keep in touch, stay connected, this so we could multitask to become more efficient, get more done quicker and more efficiently.

We’ll simultaneously talk on our smartphones, while sending out texts and e-mail, check our Facebook, Twitter, or LinkedIn accounts, while reading the latest news or check the current stock market prices. We’ll surrender to the convenience of synchronized doing.

We read our tablets on the subway, while jotting down or scheduling in an electronic journal our upcoming meetings, which is intended to take out the thinking process while increasing our efficiency.

We learn to multitask so we can accomplish things quicker, everything that we need to get done in a flash, this in the designs to have a more leisurely life.

We then actually begin believing that we’ve reached the epitome of efficiency, becoming ultra productive, thinking we’re getting more done at once.

Does Multitasking Even Exist
There’s one problem when it comes to the theory of multitasking, which is that clinically it doesn’t exist, at least as how we think it does. Most extend multitasking to mythical proportions, that technology just simplifies and streamlines all of the nuisances of the things we need to do, making ourselves become more economic.

The Definition Of Multitasking
What multitasking involves is engaging in two or more tasks at the same time, simultaneously, and more competently. But there’s a catch, it qualifies only when a couple conditions are met.

• That one of the “tasks” to do is so familiar that it becomes automated, that there’s no thought that needs to be placed to engage and complete the task, such as eating, talking, walking, etc.

It’s found that the ability to be able to retain all the information that’s being read while listening to the music while attempting to grasp it’s lyrics significantly declines, this because what both tasks uses are the same language centers of the brain. So it’s one or the other.

That’s Why Multitasking Can’t Exist
Most experts think it doesn’t, that the brain is only capable of processing just one thought at a time, one process at a time. So what does this mean to everyone who thinks they’re able to multitask.

What you think you’re doing isn’t actually multitasking. Despite its appearances, it’s not possible for you to talk on the phone, send a text, read an e-mail, while watching a YouTube video all at once.

In fact, you think that you’ve mastered technology, that you’re on top of the information grid, but what you’re actually doing is stopping and then going at the same time, this in a split second, over and over again.

The Different Types Of Tasking
So what you’re actually doing isn’t multitasking, but it’s more similar to serial tasking. Rather than you thinking that you’re engaging in simultaneous tasks at once, what you’re doing is stopping and shifting your brain from one task to another, all this in rapid succession.

For instance, once you switch from talking on your phone to searching for a document on your computer, to reading an email, and then going back to your phone, which is a routine office action, you think that you’re doing them simultaneously, but actually you’re not.

The Brain Just Isn’t Capable Of Multitasking
Current research which examines multitasking describes the process of multitasking as an act that’s neither efficient nor effective. It’s found that once you shift your focus, switching tasks, that transition isn’t that quick or smooth.

That there’s a distinct lag, a pause where your brain needs to come to a complete halt of the initial task, and then calculate to do the new task. This shift, even if it feels instant, takes time, longer than it does single tasking, especially if it’s complex.

It’s found that those who consider themselves to be excellent at multitasking are actually found to be the worst. Those who needs to multitask more often are found to make more mistakes, remember less, and will usually end up taking longer to complete them.

Somewhere In Between
So in real life, when it comes to real technology, when dealing with business people or athletes, most support the belief that multitasking just isn’t the way to get things done.

The goals of the individuals aren’t just to become more efficient and productive, but it’s rather to be the very best that they can be in their particular fields, while pushing the limits to what’s possible.

Even if there’s just a slight percentage of improvement in their productivity or performance, that can mean a dramatic difference when it comes to their output and results.

Try Single Tasking Instead
It’s found that single tasking, which means focusing just on the singular tasks which are absolutely critical to do first, is a better more effective method when making more precise and profound gains in productivity.

Although questions still remain, the general thought is that multitasking isn’t what it’s thought to be. With everything considered, it’s thought that there’s enough evidence to support applying other approaches when it comes to completing a task, which may be more efficient.

Multitasking Under Attack
So what the experts recommend is at the very least reduce your attempts to constantly multitask as it increases anxiety. What’s found to be more effective and practical is taking single tasks individually instead, this to get more production done.

How To Make Yourself Brilliant In A World Of Boring Bloggers