Do What The Athletes Do When They Diet To Lose Weight 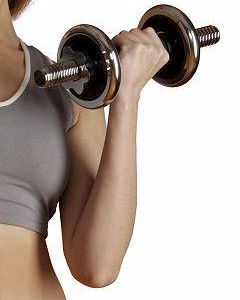 These are the individuals who dedicate their lives to athleticism, regardless if they’re amateur or professionals. They’re completely disciplined to their particular sport, or fitness activity that they participate or excel in.

So if you’re inspired by these types of individuals, or are interested in how they train, get toned, achieve their tight streamlined bodies, and how they achieve their dedication and endurance.

It comes down to a disciplined and defined method of dieting and training. So complied are the weight loss and fitness methods which you can implement yourself, so you can at the least begin emulating them.

You Really Need To Sweat Things Out
Proper dieting is one thing, but you’ll never get that ideal svelte body profile without intense sweat out sessions, this at least once a day.

You’ll need to consistently do a dedicated cardio type of fitness routine, such as running, and follow it up with a good meal plan. This combo will produce the best results that you’re looking for.

It all begins at the gym. Combine a bit of weight training to get better toned, while doing sweat producing cardio to round out the workout regime.

The more muscle mass that you produce instead of fat, the more calories that you’re able to burn, which in turn speeds up your metabolism, and burns yet more fat.

Not Missing Any Meals
These athletes, the amateurs and the pros alike, on a daily basis, and depending on their discipline, can easily burn 1000’s of calories just by they training every day.

To be able to perform at their ultimate peak, what they also do is refuel as frequently as possible. The average human being, however, who doesn’t have the skill, nor the time to train intensively on a daily basis, still can follow their various training methods.

The majority of us still believe that, skipping meals during the day means that there’s fewer calories which are being consumed, which helps in losing weight.

But what skipping these meals does is they lower our blood sugar, which then activates unwanted cravings for high carbohydrates, and higher calorie based foods.

But if you choose to refuel your body with smaller meals throughout the day, at least once every few hours, you’ll then consume fewer calories rather than eating two or three large meals, or due to the intense hunger, make bad food choices by gorging.

Every time that you do decide to skimp on a meal, what your body does is it stops processing as it normally would. So what you’ll need to do is maintain this by eating something every several hours, even if you’re not feeling that hungry.

One reason why you don’t feel this hunger is because you’ve trained your body to believe that you’re fine, and feeling full, even when you don’t eat often enough. So then it becomes more of a mental issue rather than a physical one.

What your body does is it begins using up its reserve glucose supply after four to six hours of not eating. During this time, since you haven’t given your body enough fuel, it then goes into minor shock mode.

The body begins to instinctively hold onto the fat, since it’s unsure when it’s going to get nutrition again. So because of this, eating healthy snacks, as well as meals once every 4 to 6 hours is highly recommended.

Be Careful What You Eat
Since we all need to juggle our busy schedules and lifestyles, a quick and convenient dinner at times can be an easy solution. But eating that bag of fast food usually comes with feeling guilty, along with empty calories or too many “bad” calories, as most are loaded with trans and saturated fats.

Usually, eating one of these quick dinners will do nothing but harm the body, robbing it of built up nourishment, which sets you back on all of your well planned, and intended diets and workout regimes.

So unless you’re burning off 1000’s of calories a day from running half marathons on a daily basis, these calories will just turn into fat, and then settle in the belly area of your body.

To manage your busy schedules better, take a few hours to plan or make nutritious meals for the entire week. This will then allow you to create healthier meal choices, which should also include portion controls using containers.

Picking The Proper Proteins
What athletes need is protein, this primarily to repair as well as rebuild their muscles which breaks down during exercise. Protein in your body is also needed for developing stronger bones and muscles, which promotes healthy cell development and activity.

The majority of individuals, however, don’t know or realize how much protein that they actually need, or how they should incorporate the best types of protein into their diets.

The primary purpose of protein is for muscle growth. The amount of protein which women require is also less than what men usually need. The amount also varies depending on age, body weight and type, and one’s activity level.

For those who are interested particularly in toning up while slimming down, the best source of protein would be low fat dairy products and natural wholesome grains, rather than consuming red meat. This to avoid high cholesterol as well as fat storage.

Regulating Protein Intake
There’s also a warning issued by personal training experts regarding the amount of protein to take, as some individuals believe that the more protein that’s consumed, the better. The belief being that they’re able to build lean muscle mass that much quicker.

This usually isn’t the case, as it’s true that you do need adequate protein to build leaner muscle, but if you consume more than what you actually need, your body won’t automatically make it into lean muscle tissue.

There’s a limit on how much protein that your body can actually use to help build this muscle. What happens to the protein that’s consumed over and above the daily recommended amounts just converts into body fat, or it’s burnt off as energy.

So it’s important that you know how much protein your body actually needs, this based on your activity level, diet, body type, and weight.

Why Keyword SEO Should Still Be Your Top Business Priority

A Scientific Approach Towards Being Happier Than You Are