Do You Consider Yourself A Leader Take The Leadership Test 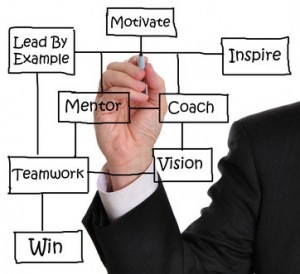 Leaders do exist, they will tell you and say so themselves. They come from all walks of life, the quiet ones, the narcissists, the loud mouths, the extremely wealthy.

The majority have achieved success on some level, in their field of expertise, on their particular turf. The greatest leaders have that special appeal, the charisma, which makes them standout.

Their path they say hasn’t always been as easy as it seems, they, like you, have encountered many a roadblocks and have conquered and overcome numerous challenges. The best ones, the ones who are the cream of the crop, the select few leaders thrive by exuding personality, are extremely professional and genuine. Here is a list and a test on what these leaders do differently:

Leaders Know Where Their Strengths Lie
The most effective of the leaders out there invest and focus on their strengths, what their good at, they surround themselves with all of the right people who can maximize themselves and each other, they become a team. They also know and understand the needs of their followers. Leaders who are successful understand that they’re not able to be everything to everyone, so they become generally effective instead. They have an awareness of how to leverage and apply their unique set of skills, strengths, and talents.

Leaders Know How To Manage Their Energy
Effective leaders understand and know how to sustain as well as prolong high performance energy over time. The successful leaders are able to balance, juggle and move themselves between renewing their energy (recovery) and expending energy (stress). To restore their energy at a level where they can live as well as work the most effectively, these leaders know exactly when to slow down to refill their tanks. Burnout for these high energy, high stress individuals is always a possibility, these successful leaders know and understand this by knowing when to take a break.

Leaders Don’t Believe In Luck They Make It
The greatest leaders believe and know how to make their own luck. The concept which is perseverance as well as passion for attaining their long-term goals isn’t a new one.

Researchers, for instance, have this on going study of new police officers entering the academy. This to understand why certain individuals decide to drop out while others will continued their path in the training process. They found that the recruits which decide to stay, wasn’t because they were more athletic or stronger, or smarter, they were just more grittier. So being grittier and willing to “hang in there,” was a better predictor of they succeeding than those rookies who had a higher IQ or higher strength test scores.

So the leaders who are successful pursue their goals with focused passion, they don’t back down from any challenges or setbacks, they don’t allow the possibility of potential failure to define who they are. So it’s not luck, it’s about not quitting.

Leaders Are Eternally Optimistic
The trait of successful leaders when they’re faced with tough situation or circumstances, fight back by using humor. Studies have proven that using humor actually strengthens the immune system, while reducing stress levels. What humor does is it builds up positive emotion and energy while reducing feelings of depression, anger, and anxiety. Humor projects positive emotions while increasing resilience as well as life satisfaction. So the more stressful that the situation is, the more that these successful leaders will tap into the funnier side of the situation.

Leaders Avoid Pessimism At All Costs
Most successful leaders will fight off pessimistic thinking in several different ways.
• They decide to focus all their energy towards where and what they can control. They know and will just move on if something isn’t working or if they lose control in certain areas or situations
• They realize that everything flows down the river and life moves on. They will embrace and learn from their mistakes and know that it won’t last forever
• Successful leaders know how to compartmentalize. They won’t allow any type of adversity which may occur in one area of their lives affect the other areas of their lives which is successful

Leaders Know How To Prioritize
Leaders know what really matters. They realize the importance of incorporating meaning into their lives, their work, or their business ventures. The most successful entrepreneurs understand that when building their business, it’s all about giving back and doing something positive which will affect the world in a better way. Successful leaders understand how their work fits into the much larger, more significant context which is life.

A New Quicker Computer Depends On Your Hardware Choices