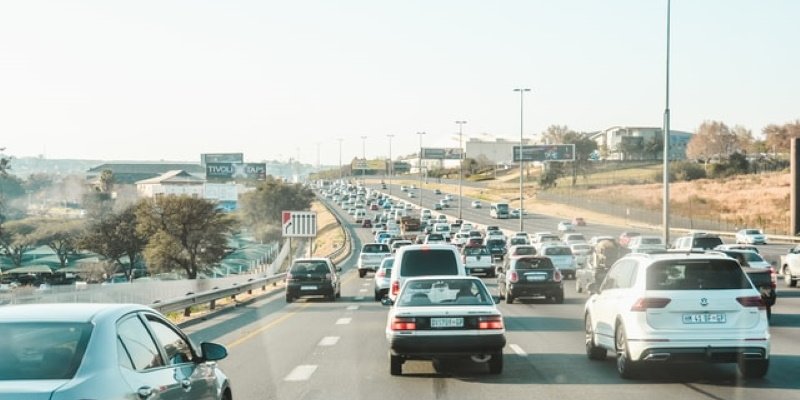 The arteries in the human body are similar to a massive superhighway of traffic, as blood races through the body. The more efficient the flow the better. What’s ideal is minimal restrictions with no interruption which can impede it’s flow, clogging it down.

A healthy heart is the core driver of a vibrant thriving body, pumping blood efficiently through to where it’s needed.

The need to keep the heart in tip-top shape while allowing it to pump as effectively as possible, becomes mandatory.

What’s needed is keeping the entire circulatory system free flowing and gong one way, with limited restrictions as possible.

Otherwise, what the heart becomes is overused and becomes tired, which forces it to enlarge and eventually fail.

It becomes difficult for it to do its job, which is to move the blood around the body when and where it needs to.

What cleansing the arteries, lessening the tension does is lowers blood pressure while cutting down on inflammation, which is the main trigger for cardiovascular disease.

It comes down to eating the right foods to lessen the burden of taking medication, which flushes out the clogged arteries.

Doing so creates a smoother passageway where the blood can flow through the artery walls quicker.

10 Natural Foods To Cleanse The Arteries

Asparagus happens to be one of the premier vegetables for cleaning out the arteries. Some even claims it looks similar to an artery.

It contains a variety of vitamins such as, B1, B2, C, E, and K, which helps in lowering blood pressure while preventing clots.

Asparagus is easy to prepare as all that’s required is a gentle steam or bake, with a squeeze of lemon to taste, which preserves the vitamins.

Broccoli is originally from Italy, thus its name, where “brocco” means shoot, which stems from the Latin word “broccus” which means projecting.

What it’s loaded with is plenty of vitamin K along with other vitamins and antioxidants, which prevents calcification of the arteries.

It also contains fiber, which is excellent for the heart and the digestive system, as it stabilizes blood pressure. This reduces stress on the arterial walls.

This food favorite from the popular cartoon hero had good intent. Spinach and Olive Oil. Spinach is an excellent dark leafy green which is full of fiber, folate, and potassium.

What it does is unclogs the arteries while lowering blood pressure. Spinach is also easy to prepare, dressed up or down.

All that’s needed is a quick saute, put into a salad, sprinkled on a pizza, or blended in a smoothie.

It’s relatively inexpensive when in season, or you can easily grow your own.

Once better known for their sprouting ability on the ceramic heads of ornamental animals, a hit on “As Seen on TV.”

Chia seeds are now considered to be a superfood, which is great for heart health.

All this while free flowing the arteries and efficiently maintaining the heart.

Another seed to target is the nutritional flaxseed, as it’s a tiny powerhouse which packs a punch.

Flaxseeds are one of the best natural ways of getting alpha-linolenic acid.

What ALA does is it assists in ridding the arteries of unneeded obstructions while helping the better functioning of the heart.

Blend flaxseeds into a smoothie, add it to bread, or toss in a salad.

Yes this favorite beverage often gets a bad rap. It all comes down to moderation. Many don’t realize pure coffee is actually beneficial to the body.

What it’s natural form contains are essential antioxidants, which lowers the risk of diabetes.

The natural caffeine it contains stimulates the central nervous system, while being one of the lowest caloric drink choices provided sugar or cream isn’t added.

What studies found is drinking a cup of fresh black coffee daily, as pure as possible, can reduce the risk of heart disease by around 18% percent.

Green tea, such as matcha tea, is also an excellent natural beverage source.

What green tea contains are catechins, along with antioxidants which helps keep the good cholesterol from becoming absorbed.

What it does is flushes out the bad unneeded fats in the arteries, while gently boosting metabolism.

The bark of the cinnamon tree provides a unique spice which is aromatic and healthy.

Just a tablespoon of pure ground cinnamon on a daily basis, reduces cholesterol while unclogging the arteries.

So just sprinkle some on your toast or tea, or bake a nice loaf.

Coconut oil is one of the best saturated fats available, as opposed to butter or heavy cream which are considered not as healthy.

Just consuming 2 to 3 tablespoons of coconut oil on a daily basis helps in removing plaque from the arteries.

It helps in converting the stagnant cholesterol in the blood stream so it can metabolize better and faster.

What’s now widely known is olive oil is the premier healthy oil, this when it comes to cooking or dressing up food such as salads.

Olive oil is extremely rich in monounsaturated oleic acid, which is the highly sought after essential fatty acid (EFA).

Oleic acid has an excellent effect on lowering cholesterol along with oxidative stress in the blood stream.

What EVOO has shown is to reduce the risk of cardiovascular illness complications by up to 40% percent, by verified clinical sources.

Know the lower priced olive oil’s are usually diluted with cheaper oils, or the heat extraction process is compromised.

How To Eliminate The 2 Most Harmful Poisons From The Body