Everything That You Ever Needed To Know About Vitamin C 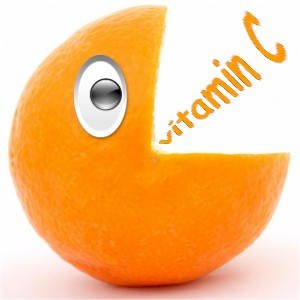 The majority of animals on this planet are able to self produce Vitamin C within their own bodies, while we as humans have somehow lost that ability to do so over time and evolution.

As a result, what we need to do is get this vital vitamin into our cells through the consumption of food which contains vitamin C, the primary source being fruits and vegetables, or supplements.

The primary function of Vitamin C is to manufacture collagen, which is a protein that’s key to our tendons, cartilage, and connective tissues.

Vitamin C is also an extremely powerful antioxidant which is able to neutralize natural substances that’s known as free radicals. It activates in the water, both inside as well as the outside of the cells in the body.

In addition, what vitamin C does is it’s able to complement another antioxidant, vitamin E , which works on the fatty parts of the body, known as lipids.

Vitamin C which is available in supplemental form such as capsules are the most popular form, while ester vitamin c which is non-acidic, is known to absorb better.

Vitamin C came into the spotlight over fifty years ago as there were some who claimed that vitamin C could potentially treat major illnesses including the common cold.

Modern day research has however somewhat discounted some of these claims, but hasn’t dampened the popularity of this essential nutrient. Vitamin C because of its popularity has led towards numerous clinical studies testing a variety of illnesses.

The History Of Vitamin C
Thousands of years ago, back in the 19th century, those who didn’t get adequate amounts of fresh fruits and vegetables, such as sailors who were out at sea, developed a disease known as scurvy.

What scurvy involves is what’s known as scorbutic symptoms, which contributes to wounds that won’t heal, easy bruising, gums that bleed, and overall weakness in the immune system and muscles.

It was soon discovered that scurvy was a deficiency of vitamin C. Scurvy as a result was successfully and easily treated with consuming more citrus fruits such as limes.

Just over a hundred years ago, what scientists were able to do was isolate it’s active ingredient, which is now known as ascorbic acid or anti-scorbutic, that’s now referred to as vitamin C.

The Requirements Of Vitamin C
Vitamin C which is an essential nutrient and as noted, isn’t naturally produced by the human body, so it needs to be obtained from either enriched foods or supplements.

It’s recommended that you comply to the various official guideline recommendations for the daily intake of vitamin C, this depending on your particular situation, such as age and health.

It’s also noted that smoking cigarettes or excessively drinking alcohol can significantly reduce the levels of vitamin C in the body, so it’s recommended that higher levels be taken.

Vitamin C when in its supplemental form are available in two different types, ascorbate, which is usually less sour in taste, and ascorbic acid.

Natural Food Sources Of Vitamin C
The majority of us will instantly think that orange juice is the chief source of vitamin C, but there are also an abundance of other fruits and vegetables which contains just as much, and at times even more.

One of the best advantages of getting vitamin C from these fruits and vegetables is that you’ll also get a lot of other healthful nutrients such as carotene and bioflavonoids as well.

Also know that the vitamin C which is found in these food are all partially removed once they’re cooked, or if they’re exposed to oxygen. So to gain its maximum nutritional benefits, eat freshly prepared salads instead of dinners which require cooking.

Vitamin C And Interaction
If your taking any type of medication or other supplements, there are certain interactions which are associated when combined with vitamin C:
• If Taking Aspirin – Along with other similar anti-inflammatory drugs, more vitamin C may be needed
• If Your Taking Acetaminophen (such as: Tylenol) – The risk of liver damage which is known from high doses of acetaminophen may increase when combined with high doses of vitamin C
• Iron supplements – What taking high doses of vitamin C can cause is too much absorption of iron, this especially for those with diseases that causes too much iron storage

The Therapeutic Uses Of Vitamin C
Based on a number of placebo based studies, the regular use of vitamin C supplements are found to only slightly reduce the symptoms of the common cold, or at the very least shorten its length.

It’s also found that taking vitamin C at the onset of a cold most likely doesn’t work as well as once thought.

So although the regular use of vitamin C may not appear to help that much in preventing colds, one exception is reducing the “sniffles” which can develop directly after strenuous exercise, or after periods of physical fitness such as running.

Vitamin C has been found that it may help in preventing these conditions, although all of the tests were inconclusive. Vitamin C is also thought to decrease the risk of contracting pneumonia, if one has a low dietary intake of this vitamin.

Studies also suggest that when vitamin C is combined with vitamin E, doing so may reduce the risk of developing preeclampsia, which is a known complication during pregnancy.

The Real Dirt Behind Why Your Press Release Is Ineffective