Foods Which Will Naturally Suppress Your Appetite 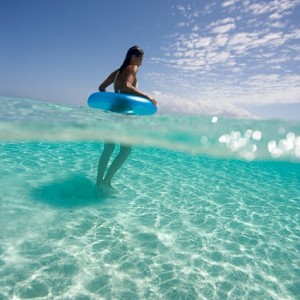 So you’re wanting to train a lot better, you want to stay as naturally thin as possible, or you’re wanting to appear as slim as you can to go on that long awaited vacation. But one issue which continuously nags you is attempting to fight off those constant hunger pangs during the day.

The leaner that your body gets, the more that it begins to naturally fight off any additional fat loss from taking place, this by increasing the hunger sensations that you feel.

It’s able to do so by a complex process in the body which includes two primary hunger hormones, known as, ghrelin and leptin. These are not household names by any means, but their biological functions are constantly fighting against you. There are some common everyday foods which you can eat, however, that acts as natural appetite suppressants, making you feel a lot fuller than you actually are.

So once you do decide which foods you want to eat, or what supplements to take, you can then effectively stave off a bit of the hunger pangs, making it then easier to maintain lower calorie intake while controlling your diet.

So listed are the most recommended everyday foods which acts as natural appetite suppressants, which makes you feel fuller.

Say Yes To Caffeine
Caffeine for most of us is a daily and important part of our lives, yet the majority don’t realize that it acts as an appetite suppressant as well. So this valuable stimulant which is best known for its energizing effects and its ability to keep you alert and awake, has other benefits as well.

Once you drink a cup of your favorite coffee in moderate doses, and once the central nervous system becomes stimulated, what it also does and what you’ll feel is a decreased appetite.

Water H2O Fills The Stomach
Staying as hydrated as possible by drinking clear crisp water is an important step to take, this to prevent those hunger urges. What we can also do at times is mistake hunger for being just thirsty.

Once we get dehydrated, we’re more apt to feeling tired, which causes us to naturally attribute this tired fatigue feeling to a shortage of food. So if this is the case and you happen to be truly tired, or are lacking sleep, then keep in mind that what your brain releases is a hormone which tells your body that you’re getting hungry, actually when you’re not.

Mom’s Homemade Soup
When you begin a meal, either lunch or dinner, begin with homemade nourishing soup, such as Chicken Noodle or Hearty Vegetable, as this is an excellent way of reducing your appetite.

What consuming hot liquids tends to do is it takes the edge off your hunger, and since good soup is limited in calories, you can eat up a good volume of it to fill your stomach.

Home made chicken or veggie soups are your best bets because of the small protein content that’s found in the chicken, which tends to curb your hunger longer. The vegetables along with the broth will naturally fill you up as well.

An Apple Or Two A Day
So you already know that an apple a day will keep the doc away, but apples are discovered to do much more. What one large apple, preferably organic, does is it supplies approximately 5 grams of much needed fiber, which fills up the stomach for an extended period of time.

Also, the natural sugar which is found in apples don’t interfere or influence with your blood sugar levels as starchy carbohydrates can. What this means is that the likelihood of a blood sugar spike, that’s followed by a crash, is greatly reduced.

Flax Seeds And Almonds
Flax seeds are becoming a well known and popular way of getting your required essential fatty acids, while also being an excellent source of soluble fiber for your diet.

So try sprinkling these tiny appetite suppressants directly into your cottage cheese, or yogurt, which will provide your body with slow digesting fats that goes along with the protein.

Crunchy almonds are also a great source of healthy fats, making them excellent stomach filling snacks between meals, this provided that you watch the portions.

Know that the hunger reducing effects provided by most nuts will usually take around 30 to 60 minutes to take full effect. So you need to eat them before you get hungry, or you’ll be tempted to eat too many, or begin eating other foods which you may not want to eat.

Oatmeal Fills You Up
When you begin your day with preferably unsweetened oatmeal, that’s an excellent way to ward off hunger later in the morning. What oatmeal contains is more dietary fiber than the majority of other cereals while being low in sugar.

So similar to apples, it won’t lead towards a blood sugar crash. For taste, try adding some cinnamon, unsweetened natural applesauce, or a small touch of maple syrup or honey, for added flavor.

Try Something Spicy Like Wasabi
What the consumption of spicy foods does is it naturally helps in suppressing appetite. So when you’re having that plate of sushi, or some fish, try adding a bit of wasabi, which will tame your appetite. Also, in addition to curbing your hunger, wasabi has been known to have anti-inflammatory effects as well.

Salmon Because Of The Fat
Why salmon works in making you feel full is because of the healthy omega-3 fat which it contains. Foods which are rich in protein are the most satiating nutrients when eaten, but fat, preferably the good fats, has is staying power which keeps you feeling full and satisfied longer. When you eat salmon, what you’re getting is the best of both.

Becoming As Productive And Efficient As Possible At Work