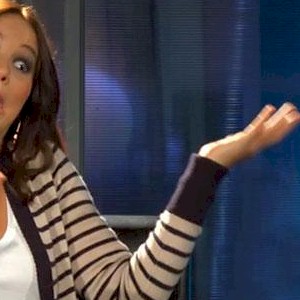 There are social instances which can prove uncomfortable, unsuspecting, or are forced upon us in certain unavoidable situations. This is when you need to apply certain social skills which most are unfamiliar with, choose to ignore, or just don’t bother or care.

The chances are good that most are oblivious to these unwritten social graces. What adopting proper social skills does is it refines one’s exterior behavior. Failing to comply when it comes to these cultural imprints can potentially cause irreversible personality damage.

Just following them blindly also won’t get you ahead in life. Contorting may however give you better, or the best possible consequences. So help yourself by gaining the advantage when it comes to behaving properly in front of others.

If You Need A Favor Say “I”
Such as, “I need your help.” What we all enjoy is getting others to do things for us unconditionally. This either because we’re just lazy, or because we really need someone’s help.

When it comes to platonic relationships, no one enjoys giving someone the upper hand, and advantage. So whenever you need a favor, begin your request with saying “I can use your help.”

In most cases, they’ll want to genuinely help out. This happens because most don’t want to feel the guilt of not helping someone in need, this especially if they’re capable of doing so.

Frame Your Request As A Choice
No one likes being pushed or pressured into doing something that they don’t want to. But by rephrasing a request, you can make that person feel like they’ve come to the decision on their own, that it was their idea.

Those asking for donations can say “It’s completely up to you if you want to help us out by donating,” which will usually generate more money than those who just simply ask for money.

In social situations, there’s a classic sales technique which one can use. Instead of asking someone for permission, “Do you want to go see a movie?” or “Are you hungry?” assume that the person you’re asking already does.

Although you shouldn’t ever force someone to do something against their will, but presenting a leading question will nudge them in the right direction, ask “Would you like to donate $10 or $20 dollars?”

Instead of they replying with a yes or no, they need to actively deny your request, making them feel like a naysayer.

Appear Comfortable In Any Interaction
The brain is most often in a state of confusion. Our relationship with it is usually love or hate. We think that we have control, but it’s usually something that’s subconscious which dictates our actions, especially when we’re nervous.

In most social interactions, we find it somewhat difficult to feel completely comfortable among strangers since our brain attempts to protect us, which doesn’t help if we’re wanting to meet new people.

That’s why appearing comfortable is extremely powerful. Having the ability to command, convince your brain to think that you already know that person you’re about to meet, will place you in a position of advantage.

During Disagreements Stand Next To Them
Never walk across or in front of someone during an argument. We’ve all been in situations where all of a sudden, conversations will begin to escalate sideways.

Unless you enjoy the drama, it’s suggested that you avoid these types of situations altogether. Also, if you have the better argument, most will just get irritated when they’re proven wrong.

So if you’re having an argument, especially with someone you know, avoid direct eye contact by standing next to them, this instead of looking directly at them. This way, you won’t appear as a threat, especially if you’re right, and they’ll eventually calm down, back off, or hopefully go away.

Watch Body Language When Approaching People
Interrupting others when they’re in the middle of a conversation can be one of the most annoying things that you can do. What it shows is you have no respect for social dynamics, which leads to awkward situations.

Whenever you approach two or more people who are having a conversation, pay close attention to their body language. If they adjust their torsos away from you while keeping their feet stationary, that means they don’t want to be interrupted.

If they or one of them turns both their torso and feet towards you, then what that means is you are welcome. This is important because proper timing in certain situations can give you the advantage, this especially if the conversation is stagnant.

People Will Focus On Emotion
And not on the subject. This becomes useful when public speaking or building rapport. Whenever you introduce yourself to someone new, they most likely already heard what you’re about to say.

This especially if your topic is boring and repetitive, so attempt to provoke their emotions. Activate their excitement, create intrigue, make them laugh. Create mystery so they’ll want to hear more.

Make Your Conversations Exciting
• Pause – Most times if we want someone’s attention, we’ll tend to talk faster, which shows neediness or nervousness. Learn to use well-placed pauses, which will give your words more gravity

• Tone And Inflection – A monotone delivery is boring, so switch your tone of voice from deep when declaring statements, to a higher inflection when you’re wanting to keep them guessing

• Paint A Picture – This when telling a story, take them on an emotional journey by describing sounds, colors, tastes, smells, and textures. Describe how things make you feel. What doing so does is it causes the same mirror-neurons in their brains to activate, making it easier for them to relate, to imagine that they’re there with you.

If you’re wanting to be remembered, focus on the emotions which are behind the words. People will forget what you say, but they’ll never forget how you made them feel.