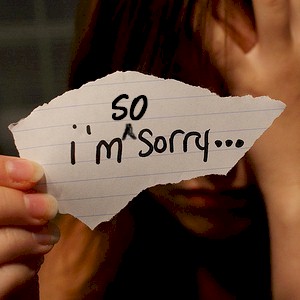 We all have this strong desire to be as successful as possible in everything that we do. There are proven ways on how you can make this happen without fail. Getting everything that you ever wanted in life isn’t as difficult as it may appear.

There are keys, proven methods, steps to achieving this and they continuing to happen. Begin by always placing others first, and work at becoming more likeable, and whatever you desire will eventually begin flowing your way.

It’s important to always be listening, since that’s found to be the single most important skill when developing personal and professional relationships. But the truth being that most people just don’t listen.

They have a habit of just hearing what they want to hear. The majority of people have their own agenda while they’re too busy talking, or holding their breath waiting for you to stop talking, so they can start.

So unlike the majority of others, you can learn to listen to people while displaying empathy, then most will like you, and as a result will want to help you in getting what you want.

Always Try To Help Others Out
Whenever you’re wanting something from someone, instead of confronting them and asking for it, help them out first on whatever they want. If you’re not sure what they want, just ask them.

Begin by asking “What do you need?” Since most are out to just help themselves, when you want to help others and are genuine about it, you’ll then stand out. But don’t be too overbearing and eager as that becomes annoying.

Those that you help out will then in turn usually help you out to succeed any way that they can. So begin by helping others first without expecting anything in return, and it’s guaranteed that you’ll be rewarded.

Become Vulnerable Transparent And Real
Some business professionals tend to have a hard time being completely authentic and transparent in life, especially at their workplace. Their big ego dictates that they don’t show their vulnerable side, especially with people they don’t know.

Many are also not sure how much they should be revealing online, or at the office, to people that they’ve just met. Although opening up may initially be difficult, what displaying transparency and vulnerability does is it breeds trust.

Once people feel that they can trust you, they’ll begin doing anything for you. So begin showing your human side to others, your sense of humor, take that leap, and then the returns will come back to you.

Never “Sell” But Tell Instead
Listening is important, but eventually you’ll need to tell others what you want. What one thing people despise is being sold to. Whether it’s a product or a service, an idea, or yourself, avoid “selling” anything.

But instead, you should be focusing on telling a story, captivate your audience, paint a picture on what the future may bring, and once you do so, you will get what you’re after.

Once you get better, once you refine telling stories, then people will want to take part, and they’ll also want to help you and others to become part of that story as well.

Injecting Emotion Into Everything
What displaying passion does is it becomes contagious, while showing no passion means you don’t care that much, provoking, why then should anyone else care.

If you want something, then you need to get more excited and completely dedicated, more than everyone else. If you don’t show passion, you’re showing that it’s not really that important to you.

But we know that not everyone’s highly energized or an extrovert, although it can help when conveying passion. But you also don’t need to overdose of caffeine, and then begin bouncing off the walls so you can convince someone to do something.

All that you need to do is just reveal your true passion, and be completely genuine about it.

Surprising And Rewarding Others
What the world loves is what’s known as “variable rewards.” That anticipation that they’ll be getting something, or they’re about to win something. They’ll then keep those positive experiences alive, even if they don’t actually get or win something.

Once you suddenly surprise or delight someone, not only are you making them happy, you’re also reminding them that you may be the type of person who might just surprise them again, sometime soon.

Some excellent examples include: bringing home a bouquet of flowers, or a pizza, to your spouse for absolutely no reason, telling a customer of further discounts, that their order will arrive sooner, or randomly emailing someone that they’ve won a free prize.

So once you go out of your way and make some type of experience special, especially when they’re least expecting it, you’ll then reap the rewards over time.

The Most Important 4 “Words” In Life And Business
Sorry seems to be the hardest… just say that your sorry, “I’m sorry,” whenever you make a mistake. Also say “Thank you,” as often as you can.

These words are extremely simple, but difficult for many. Most also overlook the importance of them, as everyone makes mistakes. The issue isn’t when you make a mistake, it’s being accountable and admitting that you’ve made one.

Some are just too embarrassed or too proud to admit that they’ve made an error, so even if it’s even just partially your fault, apologize. Learn to say “I’m sorry,” often, and then allow them to forgive you. This so then you can move on, and you’ll also get what you want.

Sincere gratitude is a powerful emotion, and will open up a lot of doors. So saying “I’m Sorry,” or “Thank You,” places you and others in an excellent mindset to begin the day.