Getting Acupuncture Treatments To Cure Whatever Ails You 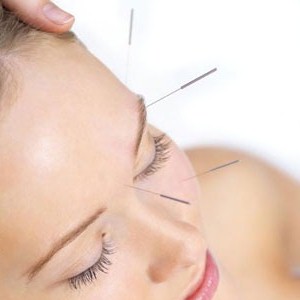 Although it’s taken a couple thousand years of debate, it’s now agreed upon by the various medical bodies around the world, particularly by some skeptical Western medical circles that acupuncture can be an effective method of cure and does indeed work.

Acupuncture is a specific healing art which uses extremely thin needles which are precisely inserted into and along the various pathways in the body, which are known as meridians. What strategically doing so does is it clears up qi, or blocked energy.

These various energy flows are believed to get blocked due to health imbalances and illness of different types. Western scientists are yet to fully explain the success of this therapy, the theory being that it’s able to stimulate the production of immune cells along with painkilling endorphins.

Various studies have shown that what acupuncture does is it’s able to alter the release patterns of the various brain chemicals such as neurohormones and neurotransmitters, which will usually affect the central nervous system.

Over the past few decades, there has been significant clinical attention which has been placed on acupuncture. The studies are based on its ability to be able to treat the maladies of common Western illnesses, such as: chronic pain, hypertension, depression, osteoarthritis, and other medical issues.

Since these Western researchers are still yet unable to find a consistent or reliable placebo, they’re particularly encouraged by this practice being able to effectively treat the following conditions usually without prescribed medication.

Treatment Of Migraines And Headaches
The studies on acupuncture and how effective it is to relieving headaches have debatable results, one particular study has found that the episodes of migraines have been reduced by up to 50% percent.

This is based on a study of a large group of individuals suffering from chronic or episodic migraine motivated tension headaches who were tested. One half of the group received acupuncture treatments along with standard medication, while the other group received just headache reducing medication.

Treatment For Osteoarthritis
A study discovered that acupuncture can reduce the pain while improving function for patients who suffered from osteoarthritis of the knee and as a result suffered moderate pain, this despite taking medication.

The study was based on over 600 patients who had osteoarthritis for the study. The participants were divided into three different groups:
• The first group just received information on arthritis
• The second group received actual acupuncture treatments, and
• The third group received a placebo form of acupuncture, where the needles were just taped directly onto the skin without penetration

The second group who received the actual acupuncture reported close to a 40% percent improvement in pain relief as well as function when compared with the other groups.

The researchers all concluded that applying acupuncture may be an effective therapy while having little or no side effects.

Treatment Of Obesity
Acupuncture can potentially facilitate weight loss because of its ability to suppress appetite. A recent study concluded that once applying acupuncture and then combining it with a low calorie diet, it was close to 3X times more effective in helping patients who were obese, to lose weight.

Another study based on acupuncture and obesity, the group lost two times as much weight than those who were just placed on a diet after a five weeks. This particular study was based on 20-minute acupuncture treatments along the stomach area and the pericardium meridian, which is known to address stress and stomach issues. Another needle was placed on the hunger points near the ear.

The acupuncture sessions has been attributed to improved well-being which suppresses the desire for eating more food. It’s also thought that it stimulates metabolism while helping the body process the food a lot more efficiently.

Treatment For Fibromyalgia
A study reported that the use of acupuncture reduced some common complaints which are associated with fibromyalgia. The most common being the reduction of anxiety, fatigue, and chronic pain.

What acupuncture needles are able to do is trigger the patient’s nervous system which then responds in improving the hypersensitivity which causes the fibromyalgia symptoms.

Acupuncture And Insomnia
Can acupuncture treatments also help insomnia was questioned. Some studies are pointing towards it possibly can. Insomnia is usually caused by a lack of melatonin in the brain, which is the hormone that regulates the sleep cycle.

What acupuncture is able to do is stimulate the body to balance itself out, which leads towards an increase in natural serotonin levels while decreasing anxiety.

Candidates for these acupuncture treatments were initially determined if they’re have trouble falling asleep, or if they’re able to remain asleep. The needles are then inserted in the various points which includes the ankle, the wrist, and near the eyebrows directly above the nose bridge.

The treatments are usually applied twice a week for approximately 45 minutes per session. The acupuncturist may also prescribe specific natural remedies as well, such as certain herbs.

There are some who claim that they began sleeping more soundly just after the first week. If any results aren’t experience after four weeks, however, then it’s been discovered that it may not possibly work for the patient at all.

Learning How To Control The Path Of Your Life And Career

Dealing Effectively With Those Who Insult Or Put You Down