How A Clean Liver Can Improve The Condition Of Your Skin 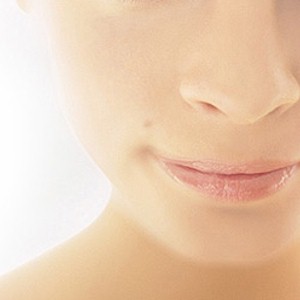 The majority are now beginning to realize that beauty is from deep within, internally, as true radiance shines from the inside out, on a biological level as well.

This speaks especially true if you’re wanting that clean clear crisp blemish-free glowing skin. To some, this may be a completely new beauty tip which they should be undertaking.

So once you begin treating your Liver better, the ultimate benefits along with the reward will be that natural looking, healthier, and beautiful silky complexion.

The Unwanted Buildup Of Toxins In The Liver
Once the liver begins to sputter a bit, and isn’t as functional as it should be, that’s because of a sluggish and failing digestive system. The result is then a crumbling immune system, which leads towards the buildup of unwanted toxins, which clogs up and slows down the liver.

These unwanted toxins will eventually begin excreting through the pores of the skin, causing unsightly blemishes and unwanted inflammation, which, as a result, will eventually result in a bad complexion.

Also, if the blood sugar levels aren’t regulating properly, the skin will become split, dry, and appear cracked. This condition especially occurs for those who suffer from diabetes. For others, once the liver and the sucrose begins to fluctuate inefficiently, the result is usually unwanted blemishes in the form of acne or oily skin.

The Function Of The Liver
Most do not realize that the liver is the biggest “solid” organ in the body, which also has a huge responsibility when it comes to bodily function. The liver is solely responsible for the following:

• The liver operates as a filter, as it detoxifies and thins out the blood
• It maintains the proper levels of blood sugar while also producing glucose
• It processes nutrients as well as synthesizing protein
• The liver stores and distributes fat, cholesterol, vitamins and bile

Natural Cleansing Of The Liver
There are a few easy steps which you can take to cleanse and maintain the liver, this just by making a few changes to your diet, which improves as well as maintains the health of the liver. This in turn helps in keeping the skin soft, clear, glowing and smooth.

To keep the liver as clean as possible, it’s recommended that you do the following.

Using Natural Solutions For Better Skin
What’s usually required are just a few simple changes that’s made to your diet for maintaining a healthier liver:

• Drink the daily recommended amounts of fresh clean clear crisp water
• Make sure that you eat plenty of fresh fish, fiber, and lean protein, which are the omega-3 oils
• Consume lots of preferably organic vegetables, such as, kale, broccoli, cabbage, water cress, and mustard greens
• Make sure that you supplement your diet with milk thistle
• It’s recommended that you avoid the following oils: sunflower, safflower, corn, and soybean oils, which are usually known as omega-6

The Effectiveness Of Milk Thistle For The Liver
What milk thistle contains is an active ingredient that’s known as silymarin, which is directly extracted from its seeds. Silymarin is the key ingredient, which is a group of flavonoids, that helps in directly repairing damaged liver cells.

This particular nutrient prevents new damage to the liver that’s derived by toxic substance buildup. Silymarin also has anti-inflammatory as well as antioxidant properties, and has been used as a natural treatment for liver health for close to 2,000 years.

You can directly eat the leaves of milk thistle as a salad, or it can be substituted for spinach. It can also be taken in supplemental form or as a tea, which guarantees to promote healthier natural skin. Milk thistle has little known side effects and can be taken for up to 3 years.

Along with establishing a healthy diet and supplementing with milk thistle, regular exercising, primarily to reduce stress, is also recommended. Stress is known as one of the key contributors when it comes to poor skin.

Reducing Stress By Increasing Activity
High levels of stress is proving to be one of the key contributors when it comes to oily skin and acne breakouts. During a recent study of university students, during mid-term exams, once their stress levels began to rise, some began to experience the breakout of severe acne.

The researchers concluded that stress, as well as a poor diet has a significant effect on skin blemishes which is regulated by the liver.

So to reduce stress levels, it’s recommended that you become physically active, beginning with easy techniques of fitness activity, such as, yoga or meditation, walking, jogging, biking, cardio, or aromatherapy, which reduces stress levels while keeping your skin smooth and healthy.

Trust Is Still An Important Factor When It Comes To Finance

When The Economy Gets Tough The Tough Learn To Strategize