How Being Physically Active Flushes Out Unwanted Toxins 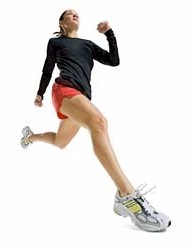 Exercising and Sweating it out is an easy and natural way for cleansing your body. So there you are, you’re on the last stretch of your daily run, you’re charging down that last hill, arms pumping, legs stretching and your chest is pounding, it’s an absolute exhilarating feeling.

Your body is buzzing and vibrant when walking home as it cools down, making you feel naturally incredible. There is nothing like the rush of endorphins that you experience from jogging or walking to boost your mood and energy levels.

Exercising of any type not only provides a satisfying emotional lift, but also acts as a healthy cleansing method for your body. During the exercise process, the heart begins to pump stronger and the blood as a result courses rapidly throughout the veins.

When resting, the human heart will usually pump out around 5 liters of blood per minute on average. Exercising will obviously increase this output, delivering a lot more oxygen as well as blood to all of the cells in the body while improving unwanted waste removal during the process.

[ad#co-1]
Sweating It Out Of Your System
The external signs which you receive from a vigorous workout are clear. The sweat glistens off your skin and the breathing becomes rapid, and then it gradually slows and regulates itself.

What sweat contains are small amounts of unwanted and unhealthy toxins which are expunged from the body. When clear crisp water is then consumed directly after a workout, what the kidneys does is it will flush out yet even more bad toxins to cleanse out the body.

If you happen to be doing intensive aerobic based workouts, the motion will also contract all your abdominal muscles which helps push unwanted food waste through the body’s digestive tract as well.

Get Cleaner Deep Down
Inside the human body, there are thousands of biochemical processes which are constantly taking place which fuels all of the tired muscles that creates a new balance directly after the physical challenge.

With each new deep breath that you take, carbon dioxide, which is a waste product of your body, is attempting to regulate the pH levels. So what’s released to counter this is the natural release of lactic acid from the active muscles.

During physical exertion of any kind, the pounding heart increases its blood flow, which also increases the stress levels on the vessel walls as well. This shear stress is similar to the undercurrent of a stream. If there happens to be no current, then the water becomes stagnant and as a result scum develops.

When the sheer stress on the blood vessels are low due to lack of exercise, then cholesterol, triglycerides and other unwanted metabolic debris accumulates and then forms arterial plaque, much like the pond scum.

But the increased blood flow from exercising will disturb the formation of the various arterial plaque, sweeping away the metabolic waste similar to a broom sweeping dust away from the hallway.

When using high-resolution MRI and ultrasound technology, physiologists who specialize in exercise have actively studied the effects of sheer stress induced by exercising and its effect on the blood vessel walls.

The research shows the cells which line the blood vessels will automatically adapt to shear stress by naturally releasing nitric oxide, which is a potent vasodilator containing anti-inflammatory and antioxidant effects. Nitric oxide will mop up all of the free radicals which are in the circulatory system.

Regular exercising will also stimulate the lymphatic system, which works with the blood vessels to drain out impurities and toxins from the cells. The lymph system is not however equipped with a pump system like the heart, so the increase in the blood flow from exercising speeds up the lymphatic drainage, which transports waste to the organs which are responsible for elimination.

Repeating The Process For The Best Results
From the visible sweat which you can see on your forehead, to the invisible flushing out of the toxins while releasing the antioxidants in the cells, what the body experiences is an exhilarating renewal which should be repeated at least three to five times every week to gain maximum benefits.

Exercising is the preferred and the most effective method of cleansing the majority of the vital organs, and thus should be a regular routine in your life. So when was the last time that you felt this cleansing rush?

What Are The Most Effective Cleansing Exercises
The following exercise activities will increase your blood flow, provide digestive waste removal, drains the lymphatic system, and provides antioxidant production. Keep in mind that you always need to breathe deeply while leaving leave time for cooling down and stretching.

Jogging But Walking Is Also Fine
Going for a nice leisurely jog on a sunny day, or going for a run or a walk when it’s raining, activates the negative ions, rejuvenates the mind and body while producing favorable results.

Rebounding On A Trampoline
Jumping up and down is excellent. Make sure that you warm up slowly by just gently bouncing in the center of a trampoline, even on one of those mini ones. It’s recommended that you should never look down towards your feet while bouncing or attempting any gymnastic moves.

Practicing Yoga
Yoga, while it’s not as strenuous, is an excellent form of exercise and motion. Make sure that you deeply inhale and exhale with each stretch. It’s recommended that you never hold your breath during those challenging postures.

Why Price Action Is An Effective Forex Trading Method