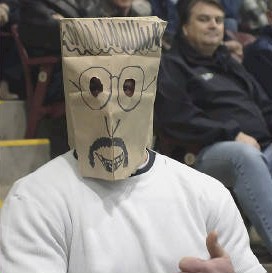 You get this feeling of euphoria when things begin to go your way, and then that feeling of disappointment, defeat and frustration when things don’t. You live and die with the final outcome of your favorite sports team, usually losing another game. This feeling of helplessness overwhelms you and your mood, even though it’s completely out of your control.

The swing of emotion based on this disappointment is rarely investigated, this despite knowing that it can be a major factor in how it contributes to our overall well-being. As far as emotions go, disappointment is one of the most common emotions that we feel, followed by regret and the love emotion.

Sports Fanatics
They’re called fanatics for a reason, sports fans, for the sheer purpose of entertainment, live and die following their favorite professional sports team, coping with elation as well as the inevitable disappointment, all this on a volunteer basis that is a sports fan.

Any competitive sport where two teams go “head to head” with an outcome in doubt is reality TV at its best. One side, hopefully your team, will win while the other loses. Ties or draws are like kissing your sister. These die-hard sports fans will bank their emotions directly to the fate of their favorite team, or athlete, who’s the dearest to their hearts.

So it stands to reason that the average sports fan would just prefer to hold those positive emotions by identifying themselves with winning teams and usually disassociating themselves with losing teams. Fickle bandwagon fans will often do just that, hitch their alliances on a winner.

What these fans will do is bask in the glory of their newly adopted team, just to get that feeling of a winner, and take pride in their new team’s success.

There are also those fans who go into complete isolation, those who completely cut off their allegiance because of their favorite teams failure. They distance themselves by referring to that once favorite team as “they” or “them” instead of “us” or “we.” Also tucked away at the bottom of the closet drawers are banners and jerseys associated with the team colors to make a stand on their rejection.

Then There Are Those Never Say Never Die-Hard Fans
Those sports fans take all the abuse, they stand by their team through thick and thin, the true blue fans. They will notoriously and loyally hang in with their favorite team, regardless if they’re one of the worst teams in the history of the sport.

These are the fans of the teams who haven’t experienced a championship game for years, or ever, yet they continue to hang in there and offer their strong bond to them, usually to sold-out stadiums or arenas.

The fans may engage in protests, become faceless harsh critics, decide to wear paper bags over their heads, but they continuously keep on coming back for more abuse nonetheless.

How or why they bother or manage to cope with the constant losing when often, even before the game begins, they feel that all too familiar apathy when their team takes another loss. Why these fans continue to face this constant crush of abuse and defeat is unknown.

Expecting Disappointment
These fans experience and expect disappointment, yet secretly, just this one time, they hope their team can possibly produce a favorable result, an upset, possibly a win.

Then they’ll usually fall to disappointment once again as the familiar outcome reveals itself, another loss. They feel that they deserve a better fate, even though they know the chronic failure of winning is out of their control. Disappointment, of any kind, usually involves the following elements:

• Situations where the outcome, certain but hopeful, is a different one
• They feel they deserve a better result
• Not surprised that the outcome wasn’t different
• Know they can’t personally control the outcome by their personal actions

Chronic Disappointment Of Losing
What was tracked in a recent study was the fans who followed a certain chronically losing team for decades. Every year, at the beginning of the season, these fans, who had experienced defeat for over 40 years without a championship season, were all optimistic. They all felt this may be the year to have a winning season, or at the least, make the playoffs.

Despite all of this constant abuse, this type of optimism is familiar with all fans of losing teams, that at the beginning of the season, they all felt hopeful that their team would finally achieve success. The hopes are at an all time high.

What was asked of these fans was to fill out a survey which assessed their identification with their team, along with their expectations for the year. Once another losing season ended, the researchers then asked the same fans how invested they were in the team during the year when the team once again began to lose.

Questions such as how many games they’ve watched on TV or attended, if they purchased team clothing etc. What was also asked was how disappointed they were that their team experienced another losing season.

So based on a scale of 1 – 10, the fans average disappointment was 8.5. The fans who were the most disappointed were the ones who identified the strongest allegiance with the team. They were the ones who recently purchased season tickets, the ones who genuinely thought that there would be more wins than loses.

Lowering Expectations
So if you’re wanting to avoid disappointment when following your favorite sports team, you may be better off to just not expect that much out of them, or find other ways on how you can define your identity.

For these chronically losing teams year after year, it was found that the older fans along with the most loyal of the fans were the one’s who were actually less disappointed on the losing.

So the longer that you’ve experienced your favorite team losing, the better that you’re able to cope and manage the expectations, and take the team’s losses more in stride. These fans condition themselves so that their favorite sports teams will lose.
[ad#co-1]