How Current Technology Is Taking Away Real Life Activities 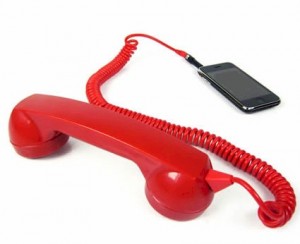 Once upon a time everything was manual and time consuming. You had to actually get up and do it yourself. When you wanted to switch to the other channel while watching TV, you had to get off your couch and physically turn the switch. You had to actually walk down to the corner store to buy your favorite magazine.

One thing that hasn’t changed however is there’s still 24 hours in a day. The significant amount of hours however are now spent on the Internet or using our mobile devices. These types of activities are just subtracted from what we regularly used to do. Although all this “high” technology is supposed to save us time, spending 9 hours a day in front of a digital computer screen is costing us valuable time, even sleep.

A survey was recently conducted on older adults who at one time participated in those good old days. They once enjoyed a real life of sipping iced tea on the porch, but are now stationed to a life of sitting on a chair behind a bright blinking retina burning screen. They were asked what activities that they missed the most, what they no longer do because technology took over their lives. The three most common were:

So have people really just forgotten how to do these once cherished activities or have they just replaced them with their online digital equivalents.

For instance, these adults admit that they read a lot less paper bound books now, but data from Amazon suggests that individuals are reading the same number of books, but now in e-book form on digital devices such as their top selling Kindle e-book reader.

Tablet PC sales are also shooting through the roof, while physical newspapers and magazine sales are quickly declining, but digital subscriptions are now available. The majority would now just rather read blogs or digital news sites instead.

[ad#co-1]
Land-lines Phones What Were They Again?
Phone usage is actually increasing but are obviously being supplanted by the mobile devices. Just a decade ago, the majority of adults would go blank when you told them that you were going to send them a text message, what?.

But today, over 75% percent of these same adults now have a mobile phone which is capable of sending and receiving text messages or email. Those who do happen to send or receive text messages, they now average close to 45 messages per person per day. And it’s not just text that’s replacing the phone, it’s also email as well.

Then there’s social media communication such as Google Hangouts, Facebook inbox, dedicated corporate or family blogs which gives alternate ways of communicating and staying in touch with business associates, friends or family.

Digital Exercise Taking Over
That once daily walk through the park is now being replace by a digital version of the familiar old-fashioned fitness routine. That once popular activity of going outdoors or down to the gym to keep in shape. Now there are gaming systems such as Wii Fit which you can plug into your digital TV, and then participate in physical activities such as Pilates or yoga.

These digitally based exercise games are an effective way for you to get and keep in shape by getting your body moving. They will do an adequate job of getting your heart rate up, or help you lose a few pounds more efficiently. They are so precise that some of these games will tell you how many calories you’ve just burnt.

But does playing online Wii Fit tennis or golf for instance a suitable replacement for physically getting outside and participating in these sports. It’s difficult to gauge the long term effects of what all these digital replacements will be.

Technology Overtaking Life
No one can predict what the eventual long term consequences will be of not being able to turn over that page of a novel, or missing that initial spring breeze with the actual “tweet” of real birds chirping the early arrival of a new season. But perhaps we’ll be at one time going back in time after all, as we begin to yearn all those long lost delights which the computer screen can’t provide.

So what in your everyday life are you no longer doing. What are you now missing, what are the negative as well as the positive changes of technology which have effected your lifestyle or relationships. What’s interesting is the way that all the adopters of everything digital is using Technology which completely transforms the way that they live.

How Sports Fans Deal With Their Chronically Losing Sports Team