How To Achieve Your Goals And Accomplish Anything You Want 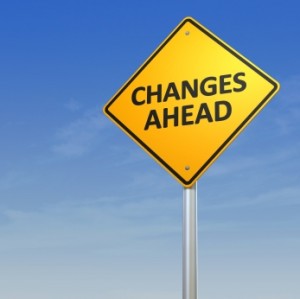 Change, whether it’s good or bad is inevitable since it’s a forever moving target. It’s one of the true driving forces of life, as it never stays stagnant. Change can unfold naturally, or be coerced, as living constantly ticks forward.

There are some changes which will appear unexpected, absolutely blindsiding you, and be completely beyond your control. But the majority of change which occurs in life, you’re able to dictate and direct it to your favor.

What you can do is take more of an active role when it comes to creating a goal, or an outcome that you want, and in essence, you can then determine the path of the life which you’re wanting to lead.

Knowing What You Want In Life
There’s no denying that the majority of us have determined what we want to do in life, or know something that we want to accomplish, this in the hopes that it will make a positive impact on our situation.

As a result, we put forward a concerted effort by taking calculated steps towards making that change. The reason, for many, being that they’re wanting to make or break a poor or unhealthy habit.

This type of action can be something such as, stop smoking, finding a new job, losing weight, or reducing alcohol consumption. These are positive challenges for most, but they can also be frustrating as well as more difficult than imagined.

The Goal Of Change
There are always some individuals who will be more adept at making changes in their lives, and creating new possibilities, while others will constantly struggle and fail, seemingly over and over again.

There are a few essential steps, a road map of sorts, which fills in the missing pieces in the process of attempting to change an old behavior, and making it better, or completely eliminating it.

So listed are some of the methods which are involved in the process of making changes in your life.

The Crossroad Of Wanting To Make Change
So there’s absolutely no question that you need to make a change, and there’s no doubt your going to pursue it. This change is the absolute focus when it comes to your attention, and the commitment is there in making it.

Understand that there’s a significant difference between you wanting to make a change, and knowing how you’re going to make it as effectively as possible.

Some think they want to make a change, but:
• They’re not able to do anything because of time restraints
• They don’t know if they should be even pursuing a change, or
• They become overwhelmed regarding what they need to do to make the change, since they don’t know or understand the process

The Stages To Successfully Making A Change

• Before Contemplating The Change
During this stage, individuals aren’t interested in making the change as of yet. They don’t even see a problem with how things currently are, or how they’re perceived by others
• Contemplating To Change
They begin recognizing that they do have a problem, or they’re aware that they want to make some type of change, but they’re not ready to do anything about it just yet
• Preparing For The Change
The individuals at this point have now isolated and are now planning to make a change sometime in the near future, and are also making plans to take the next step
• Taking Action
The individual then begins taking solid positive steps to change their unwanted behavior, or begin shifting things which are within their immediate environment, which makes the change more possible
• Maintaining The Change
This step involves staying on course, continuing to make progress by moving forward, as well as resisting to return to their old ways
• Termination
This final stage represents the overall culmination of the change process. They also feel secure enough that they’ve changed for the better, and will not succumb to the temptation of returning back to the old patterns or habits

The Overall Change Process
Once you firmly decide that you’re going to make a change in your life, or you want to accomplish a new goal, there are a few steps which you can take.

One Goal At A Time
Since there’s most likely several changes that you’re wanting to make, it’s imperative to narrow it down to just a couple which are the most important in your life.

Then eventually choose just one, and give it your best undivided attention and focus. Once you complete that goal, and made it a part of your life, then you can attack the next one.

Create A Viable Plan Of Action
Doing so will help you keep focused, which allows you to plan out the exact framework towards achieving your goal. Begin by choosing a reasonable time frame to accomplish what you want to change.

Then break it down into smaller more measurable steps. This can be an immediate “daily tasks” list, or goals which you need to accomplish, which ultimately points towards your desired goal.

Breaking it down into smaller bite sized steps will keep you from becoming overwhelmed, or discouraged, while allowing yourself to feel satisfaction for the small wins along the way.

Writing Your Goals Down
Commit to your goal by knowing which steps you need to take to achieve them, this in written form, then make the goal tangible, giving it structure, making them real and attainable.

Once you’ve written a clear concise plan of action, and once you activate it, you can then go back and revisit the plan, tweaking it as you go.

Visualizing The Final Goal
It’s always easier to understand an image, for instance, so use all of your available senses while achieving your goal. In many ways, what this does is it serves as a counterbalance to accomplishing what you need to do.

Keep in mind that visualization requires 3 things: the desire, the belief, and the confidence that you’ll attain it, and then understand that whatever you visualize is your goal.

Precognition So You Really Think You Can Predict The Future

Know The 3 Reasons "Why" When Planning Your New Business