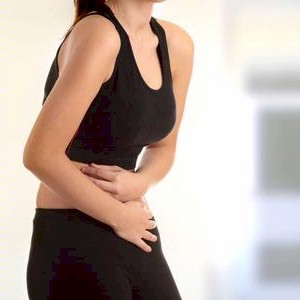 It usually begins with eating all of those foods which may be a tad bad for us, but tastes too good to put down. They may be a little too rich or indulgent for our stomachs, and our digestive systems, to be able to process properly, potentially resulting in an upset stomach.

What this does in turn is it compromises our digestive systems when we continuously stuff our bodies with unwanted amounts of fat, as well as toxins, such as added sugar.

The first step is to just avoid these types of foods altogether, the ones which forces us to pack on the calories while accumulating fat in the body. But at times, it’s impossible to do so. Once you do, however, then make sure that you’re doing so in a responsible and conservative manner.

If you often feel sluggish and tired after a meal, then it’s recommended you just cut down on your portions. This also empowers you, as you begin to believe that you have the will power to control your food intake.

One way to do so is making sure that you always have a hot cup of tea near by, the most effective being cinnamon or mint. Doing so effectively helps in slowing down the eating process, which allows you to listen to your body a lot better while being more conscious doing so.

Tips On Improving Your Digestive System

Keeping Track Of Fiber
What you need to do is keep track of the daily recommended intake of fiber in your system, such as apples, which can help in promoting better bowel function.

Consuming foods which contain high-fiber, which are found in fruit and vegetables or whole grains, will also make you feel full, which then lowers your chances of overeating other foods throughout the day. Keeping tabs on the fiber which you consume daily can also give you more energy.

Consuming Healthy Bacteria
Everyone’s always faced with issues in their lives, such as: lack of sleep, stress and anxiety, illness, antibiotics, natural aging, and a poor diet, which all can contribute towards an imbalance of the “good” bacteria that’s in your digestive tract.

There are certain probiotic bacteria which are found primarily in dairy products, most commonly in yogurt and select fortified cereals. What these foods does is it helps maintain the proper balance of the required bacteria in the digestive tract. So you need to make sure that you eat the daily recommended helpings of these foods which contain probiotics.

Drinking Plenty Of Liquids
Drinking sparkling fresh water is one of the best essential sources for maintaining a healthy digestive system. What your body needs is adequate hydration which in turn gives your digestive system the proper moisture that it needs, so it can function properly.

Also, what our bodies can do at times is mistake hunger for thirst, so it’s recommended that you stay as hydrated as possible to prevent overeating. Adding the juice of pure lemons in the water can help in boosting your intake.

Controlling Those Impulse Foods
When it comes to parties and family dinners, there’s always an abundance of tempting food and beverages, such as, citrus fruit punch, spicy seafood appetizers, chicken wings etc., which can easily irritate the digestive system.

So if at all possible, try avoiding these impulse foods and your digestive system will react a lot better, which in turn helps your tummy to be more relaxed, especially the following morning.

Avoiding Those Heavy Foods
Especially during the winter months when your digestive and your metabolism naturally slows down. During these times, avoid foods which are fried or processed, as these foods will usually remain in the digestive tract a lot longer.

What food which sits in your stomach does is it causes the production of additional stomach acid, which leads towards gastric reflux. Eating pre-made processed comfort foods, such as, canned soup, instant scalloped potatoes, apple pie, frozen lasagne, etc., poses a challenge for your digestive system. Your stomach will thank you for avoiding these types of foods.

Keep It As Slow As Possible
It’s a pretty well known fact that the more you chew your food, the less you will eat. What chewing your food longer does is it increases the digestive enzymes which are in your mouth, allowing for better digestion as the food makes it’s journey down the stomach. What chomping down your food quickly does is it creates unwanted gas in your stomach from eating too fast.

Working It Out
What regular exercising does is it contributes in creating a healthier digestive environment by assisting the food to process through the large intestines a lot more quicker.

It also minimizes the amount of water which is lost. The muscles in the intestines are also forced to contract during exercising, which also contributes to a more efficient bowel movement.

Smaller meals will also help you from gorging down your next meal, which leads to eating larger portions of foods which can slow down your digestion. So try ruining your appetite right before going for a big dinner, or a party, by eating a nutritious snack such as a handful of healthy nuts, or probiotic yogurt.

Also, when you use a smaller plate, that means there’s smaller portions of food on it. Eating less food is obviously important for a proper weight management plan, as well as reducing the pressure that’s placed on the digestive system which comes from overeating.