How To Become More Popular And Adored By Everyone You Meet 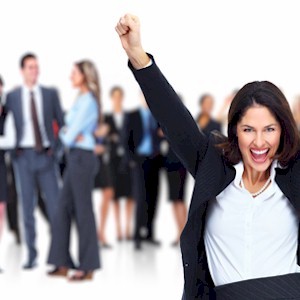 The social objective for most is to be genuinely liked by as many people as possible. This to unconditionally attract those who they come in contact with. To be likable, socially attractive and desirable, and some will do anything they can to make this happen.

But despite their most sincere efforts, they end up glued as a wallflower as they’re a ghost in a crowded room. They want to increase their popularity, but even their friends and family avoid them. Their personality and attitude just isn’t conduit to being liked that much.

What’s known is that there are distinct personality characteristics, along with certain behaviors which will automatically turn people off, become ignored.

What can be learned is realizing what it is about you, which alienates while boring others. What needs to be established is knowing what they are, the general annoyances why people will avoid you like you’re invisible.

Be More Open Minded
What everyone has are their own interpretations of the world, their own vision and theories, and usually enjoys sharing their viewpoints with someone who’s a good listener.

Even if there’s disagreement with the other person’s reality, offer more common ground while providing less judgment or counterargument.

To be more liked, listen more to the viewpoints and experiences of others. Even if they see things radically, you’ll learn a different perspective.

Appear Interested
Have the discipline to always be curious while displaying genuine interest in what you don’t know. Never remain ignorant like a closed person, and continue to learn new things and concepts.

Those who are likable respects others with a dedicated desire on wanting to know them better. Their behavior is evident by how sincere their questions are, how well they listen, what their responses is.

Have High Energy
Having passion for life can be expressed in a variety of ways, but it’s energy that exposes how enthusiastic you are. This is the polar opposite of being a deadbeat, appearing lackluster and dull.

What everyone enjoys talking to is someone who’s energetic, excited to be talking to you, while being active and precise in their responses, being active on what’s going on around them.

Have A Sense Of Humor
It becomes important when in personal conversations, to know when it’s the appropriate time to laugh, and when things become serious. This occurs in conversations where both are participating.

Always attempt to lighten up the conversation provided the timing is right. What being funny does is places others at ease, while keeping the discussion meaningful and brilliant at the same time.

Being Aware Of Cues
Most people are so intently focused on what they’re thinking, or what they’re going to say next, that they don’t pick up the cues which keeps the conversation mutually flowing.

Those who pays attention and listens to the way that someone acts, feels, looks, and sounds, are a lot more likely to notice a shift in mood or interaction, and then act accordingly.

Try To Relate
This becomes important especially when listening to someone who has a story of distress. To relate isn’t the attempt to steal the limelight, or place the focus on you.

It’s more about commenting, adding to what they’re saying by showing empathy, and understanding what they’re going through be sharing your own experiences, which can help in creating a bond.

Displaying Current Passions
Having conversations on a current topic can be a lot more interesting, this rather than constantly talking about the past, this unless the past experience is completely relevant to the current discussion.

Those previous experiences in life, should be interesting and relevant to the other person. If it isn’t, then energy and excitement needs to be infused, this to make the story exciting.

Know What’s Going On
Those who are popular are always intently interested in others. They find out what’s important to the other person, and will then share what matters to them.

They don’t repeat or converse about things they already know, but something others will find interesting. What this displays is that they care about them and their welfare, what’s important to them.

Have Good Timing
What those who are great conversationalists know is when to talk, when to stop talking, when to listen. They won’t usually respond immediately, this until they make sure they understand what the other person is saying.

They attempt to match the rhythm and mannerism of the other person, as if they’re dancing. They’re not urgent or wanting to interrupt to make a point, while intuitively knowing when to interject and take the lead.

Ending Conversations
Every conversation eventually comes to an end, and those who are likable has the knack of knowing exactly when to let the other know, this without making them feel rejected.

Once the conversation comes to a head, what they’ll do is sum up what’s been said, show gratitude on what’s been shared, and then give cues to know that it’s time to move on.

To Be Likable
What everyone wants is to be liked, to feel important while feeling secure and appreciated in their workplace or social group, and not being ignored while becoming irrelevant.

What most will do however is just remain the same, do what they’ve always done in the past without showing improvement, being unaware that their behavior is offsetting.

So what one needs is to become more mindful to be liked. The best way is by being wary of how you come across based on how others react. Do so by grading yourself on how you’re currently behaving in certain situations.

Constantly be evaluating yourself by correcting yourself, and what should improve is your popularity factor, this when it comes to all your social interactions.

How To Cope With The Trauma Once Chaos And Disaster Occurs

Proven Theories For The Reasons Why The Body Begins To Age