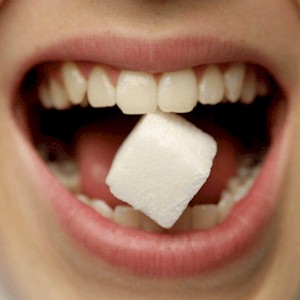 Sugar, the sweetness, anything that sweetens the tongue is easy love, to get hooked on, it tastes like good comfort food. Some call it an addiction, this to sugar, a sin, anything fatty such as a chocolate bar, a cake with icing, cookies, we just adore their taste.

We know it’s bad for us, so we try to cut down, which never works, as we jump right back in and sneak in a small nibble, then begin eating large chunks of whatever sweet drug is available. It becomes a torrid love affair, one that is forbidden and we should stop.

For many, it becomes a challenge, an emotional battle to choke off this emotional eating, a battle which can accompany some for a lifetime. We get swept away by the sugar cravings, we want the taste of sugar in our mouth and not fiber.

We know that too much sugar plays havoc on the body, as sugar is one of the most readily available and cheap substances around. You can go and buy a bag full of candy for a dollar, or buy a cake loaded of trans fats to get your fix.

Almost everything that you consume contains some form of sugar, some better than others, so there’s no escape. In your attempts to eat healthier, your only alternative is a more nutritious form of it.

Whatever form that sugar happens to come in, what’s certain is that it has an unhealthy impact on your skin, body, your mood, and most definitely your weight.

So it may be time to take it more seriously, regulate its intake, and even wish to leave it behind somehow, find alternatives. There are some strategies, steps that you can take which are proven to work.

Ways Of Cutting Down On Sugar

Find Different Rewards
Any type of sugar based treats comforts us. You have a long busy productive day at work, so you reward yourself with a sweet as you wind down. The sugar in your mouth soothes like love in a hard difficult world. Without this soul comfort, you feel deprived, making the habit harder to break.

So realize what feels like a reward. It has to be a good enough reward so that you’ll be willing to give up your “sweets” obsession in place of it. Some rewards could be: a delicious wholesome dinner made from completely healthy ingredients, a hot bubble bath, a soothing massage at the spa.

Find different ways so that you could take care of yourself better and substitute that in place of sugar, things which will deeply nurture you without the side effects of addiction.

Never Swap An Addiction For Another One
Sugar is considered an addiction. Experts also warn of the dangers of inadvertently triggering any addiction. For instance, an addiction from say a decade ago, something like a pain reliever for your back pain can potentially trigger that former addiction in the brain, and then renew it.

This can then lead you back down that destructive path and the addictive process begins again. So when you look for the things which gives you the same type of comfort that sugar does, don’t pick other potential addictions such as shopping, or drinking lots of red wine.

It becomes extremely easy to just trade one addiction or a compulsion for another. You really haven’t changed your addiction, you just swapped it for something else.

Feed Your Sweet Tooth With Something Healthy
Such as berries or a banana, begin eating fresh or even frozen fruits and vegetables whenever you’re craving for a doughnut. They’re low glycemic, which means they produce little sugar in your blood stream.

As a result, they won’t trigger your need for more sugar, and even if you eat lots of low glycemic foods, there’s no negative consequences that’s associated with them.

Maybe Just One More
Most wouldn’t consider sugar as an addiction, but the tendencies are similar. The “just one more” syndrome is what activates it. Those who struggle with alcohol, for instance, will tell themselves after a period of sobriety that they’ll have a drink since they’re doing so well.

They have that drink, then the cycle of addiction begins all over again in the brain. Then before they know it, they find themselves usually deeper into their addiction pattern than before.

It’s thought the same pattern can occur with sugar. Once you eliminate sugar, after the initial cravings are gone, they’ll then virtually disappear, and you feel content without sweets.

Then one day, you’re at a party and see an irresistible display of desserts, so you have one, maybe two. Then the next day, your body is suddenly craving for sugar again.

You give in, then the following day it happens again, then again. You’re back to square one, your pants no longer fit you again and you begin feeling miserable. This the reason why sugar is considered an addictive substance.

Don’t Have Any In Your Home
This is easy and it works. You can’t fool yourself into thinking that you have the willpower, that you can ignore having something sweet in your home. Most won’t last a day, maybe two. Never have anything tempting, throw them out and replace them.

If you’re tempted to buy something sweet at the grocery store, ignore it and just keep walking. Instead buy something that’s non-sugary that you really like instead.

If your willpower gets worn down at parties or at work, have someone to remind you of the promise to yourself that you’re attempting to say no instead of yes, as this has also been known to work.

Realize the process of quitting sugar isn’t easy, and if you fail, then get back on the horse again as it’s normal and common. Never be that hard on yourself. Just start over again until you get it right.