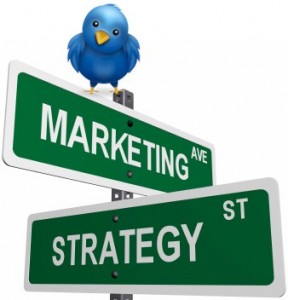 Twitter and for very good reason is one of the main attractions on the Internet as it still remains as the premier buzzword when it comes to getting your information out via social media networking.

This because it remains one of the most effective, true and personal ways of how individuals and businesses are able to control their content. Twitter because of this becomes truth in word.

Twitter is also an excellent vehicle to target, reach and then personalize potential customers while spreading your message regarding your latest news or announcements which is released and verified by you.

[ad#co-1]
Unless you’re ultra famous, on average, the majority of users and companies will usually stall at around a few hundred followers, others are able to attract huge followings based on how they execute their Twitter marketing campaigns.

These are the businesses, brands or individuals who have ultimately found the balance where Twitter is able to help them in achieving substantial success within their industry segment.

But applying Twitter as a marketing model isn’t an instant process and it’s certainly not as easy as some social media experts are proclaiming it to be. Not everyone who uses Twitter as an attraction method for their clients will achieve any degree of success.

So listed are a few methods on how you can begin improving your success ratio while using Twitter and potentially helping your site or business become a lot more popular as a result.

Tweeting On A Regular Basis
We all have limited time during the day to do certain tasks. If you’re wanting to become prominent on Twitter, it’s important that you or a designated person in charge of your Twitter account is able to make relevant regular and routine Tweet updates.

These days in the age on instant gratification that we live in, followers will usually track hundreds of other Twitter accounts at once. So your presence can easily become lost in the shuffle of other tweets which are submitted simultaneously during the day.

So only if you regularly update your account with Tweets that people don’t want to read, there’s little hope of what you write will ever be noticed and read. So there’s no point in beginning a Twitter campaign unless you’re planning to absolutely commit to it.

Be Relevant Interesting And Searchable
Long gone are the days when you update your Twitter account with what you had for lunch, what TV program you saw or the that book that you read last week. So tweets such as “I’m so tired right now” or “Oh my god, it’s snowing outside” are completely pointless and nobody will read or care.

If your presence is completely irrelevant to them, you’ll most likely lose your followers while developing a negative image for your brand or business. What you want is to be as interesting as possible to be read, so that your followers will associate your account with a lot of excitement.

Marketing Your Twitter Account
There’s a notion out there that once you open up a Twitter account, there will then be a lot of instant followers which will just flock in. Not true. There are millions of businesses who are already on Twitter and millions more who use it as a news outlet on a daily basis.

As a result, no one is going to know or follow you simply because you own a business, so you’ll need to go out and market it. You need to display it on your website or blog along with any of your other social media networking accounts you own, such as Facebook, Google+ and LinkedIn etc.

Have Specials Or “Insider” Information For Your Twitter Followers
Depending on the type of business you own, you should consider having special offers or giveaways which are exclusive to your Twitter followers, and isn’t available or offered elsewhere.

This will prompt people to begin following you in the hopes of receiving these exclusive Twitter offers. Special offers are also an excellent way of creating additional “buzz” about your business or brand.

Reading Listening And Then Responding
Once you’ve reached the point where you have enough dedicated followers who are willing to communicate with you directly on your Twitter account, then it’s time to step it up.

The best way to develop a positive image is by replying back to their tweets, and then engaging in real-time conversations. This will create a sense of loyalty with your potential or existing customers, proving that your Twitter account isn’t just a vehicle for marketing.

Running Twitter Successfully
Like anything else, Twitter requires a lot of hard work and consistency to be successful. There are thousands of companies who decide to launch new Twitter campaigns and then they quickly crash and burn.

So if you’re wanting to utilize Twitter as an effective online marketing method, you’ll need to make sure that you have a clear concise plan and then stick with it.