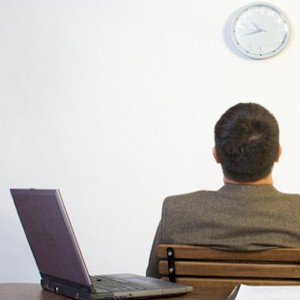 What we’re all looking for in life is to have some type of impact, an effect, a sense of purpose from our jobs, that we’re making a difference. Ask anyone what they’re looking for in their jobs, and most will say meaningfulness.

The majority of workers indicated that they need to have a purpose as a top priority, this over job security, the amount of hours worked, promotions, or even income. Work for most is defined as a search for worth and meaning, this based on a survey across a variety of different job descriptions.

All too often, what we feel is that the work we perform is pointless. Most think their jobs are too redundant or insignificant to what their abilities are, what their spirit is, their jobs just aren’t exciting enough for them to care.

So what makes a job completely meaningless. What’s known is that workers will generally attempt to find any type of reason mostly when they lack a challenge, there’s no variety, no performance incentives, or any positive feedback.

What also makes their jobs feel insignificant is they being just a small cog in the entire company process. They never seeing the end results of what they do, from its start to the individual who’s using or benefiting from it.

Enriching Meaningfulness In A Job
Not everyone has the aptitude or the education to become a surgeon or an inventor making millions. But the good news is that there are steps we can all take to make our jobs more worthwhile.

In most cases, the jobs that we perform has a significant impact, but we’re just too distant from the entire process to realize it, to see the final impact, to see the customers who enjoys them.

For instance, this could be the engineers who installs automotive safety equipment in the vehicles that they manufacture, who will never meet the drivers who benefits from them. Or the clinical scientists of medicine who’ll never see a patient get better because of their chemistry.

By being able to connect directly with the end user, what we can then see is our past, current, the potential of what we do, and the final impact that we’re making.

Once the clinical radiologists saw the end results of a patient’s photo, which included the x-ray file, what they did was write longer reports while making significantly more accurate diagnoses.

Meeting The End User
This is the reason why the management of an international tractor manufacturer invited their employees who build the tractors, to meet with the farmers who bought them for their farms.

The management team at Facebook invited their software developers to talk directly to and listen to their end users, and as a result, a few connected with each other and made new friends, this thanks to they actually using the site more.

Managers at a major national bank will film videos of their customers who will describe how their low-interest loans have rescued their failing business, or how it got them out of debt.

Once these workers begin to see the direct consequences of their work that they otherwise wouldn’t, the impact they were making to others, what they found was greater meaning in their jobs regardless of how insignificant they thought it was.

It’s known that the greatest untapped source of motivation when it comes to worker morale is the sense of service that they’re providing to others, the end users.

The Jobs Which Have No Impact
There are some jobs however which are simply not designed to have any type of impact on others. For these situations, these workers will often make the mistake of treating their work as being completely irrelevant, not realizing they can alter their own roles.

For instance, take hospital cleaning personnel who doesn’t have any patient contact whatsoever. They can step up and provide emotional support to the patients and their families. Technology associates can begin volunteering their time towards teaching, mentoring, or training others.

Better Crafting Our Jobs
Once people begin to craft their jobs, they’ll become happier and a lot more effective. In an experiment conducted by a large Internet Search engine firm, the salespeople, administrators, and the interns were all invited to spend a day performing job crafting exercises.

What they did was they mapped out different ways of making their job tasks and the interactions more meaningful while contributing more to others. A short time later, they were all rated to be more satisfied and more effective at their jobs.

And The Meaning Of All This
Like anything else in life, meaning can at times be pushed too far. Once we begin to turn trivial pursuits into obsessions, what we’ll then gain is the meaning at the price of manageability. When you place all the weight of the world on your shoulders, what then can occur is we placing ourselves at the risk of burning out or major illness.

But what the majority face is the opposite when it comes to their jobs, which is placing too little meaning rather than too much. Once this happens, then helping others can be what makes our jobs more worthwhile.

It’s known that when one suffers, the suffering stops being suffering once we’re able to find meaning. The more that one forgets by giving themselves a cause, which is to serve others, then the more satisfied humans we become.